Yono and the Celestial Elephants Review

An adorable, cartoony protagonist embarks on an adventure through a colorful world, solving puzzles as he meets new friends along the way. Sound familiar? It would be impossible not to compare Yono and the Celestial Elephants, new on PC from developer Neckbolt, to recent juggernauts Zelda: Breath of the Wild or Super Mario Odyssey. Such a comparison would, of course, be very unfair; Yono is obviously nowhere near the caliber of either – but having said that, its unpretentious attitude and surprisingly-thoughtful content do offer some undeniable charm, especially for casual or younger gamers.

Yono and the Celestial Elephants underwhelms at first, with a simple, cutesy presentation that feels sparse. While lots of color abounds, objects such as bushes, fences, and rocks are very simplistic and their identical design often feels cut-and-paste. Sound effects are minimalistic and definitely don’t add much atmosphere to the experience.

Gameplay is equally simple – you travel around the game’s world, using a limited move set of stomping, blowing with your trunk or head-butting to manipulate objects. Light puzzle-solving is periodically required to traverse obstacles, and it usually involves the simple rearranging of crates or blowing fans to operate moving platforms. Even with twists like elemental use, there isn’t anything to the gameplay experience that you haven’t seen many times before, and done better, in Zelda-type games of the past.

“Yono and the Celestial Elephants underwhelms at first, with a simple, cutesy presentation that feels sparse.”

The more you travel, the more characters Yono meets, each of whom offers more pieces of lore that flesh out the game’s world and backstory. It turns out Yono is – surprise – an elephant, but he’s no ordinary elephant; he’s a Celestial Elephant, a special being who has come down to this world to help the people he meets. He provides this help – the game’s side-quests – usually by going off and returning something they have lost, or some other such little task. And the reason he does all this is, just because. Because he decides that helping people is his purpose. It’s an unusually Zen outlook for a game, and it’s one of the reasons that, I have to admit, Yono and the Celestial Elephants starts to grow on you as you play.

The narrative, almost non-existent to start, also gets more interesting over time. Yono will encounter situations of surprising gravitas, involving prejudice against robots, political corruption and even life and death among other topics that will not seem to quite fit with the game’s cuddly, cartoony packaging. I am not sure any of this was enough to make the game great, but it certainly tempered my original skepticism somewhat. 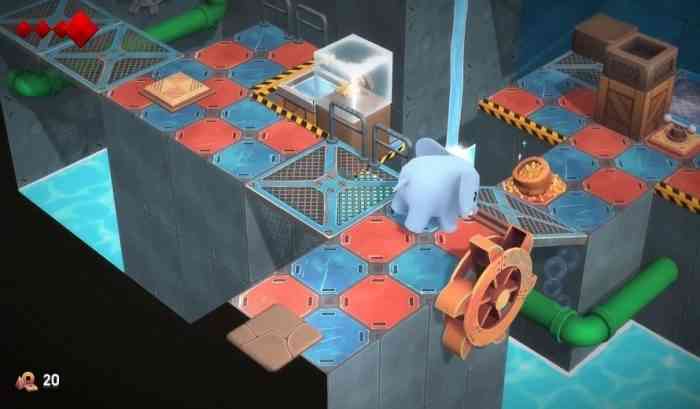 The puzzles get a bit more involved deeper into the game as well. What started out as simple object-movement becomes more challenging and might have you build machinery or do something else more difficult, and you will have to think a little bit at times. As mentioned before, new twists are added that have you use fire, or water, or other extra aspects which deepen the puzzle solving the more you play. You can also collect a kind of in-game currency that unlocks aesthetic upgrades like new skins, including a pretty neat Link outfit. I was pretty impressed how much depth the game actually had overall, considering its flat beginning.

“I was pretty impressed how much depth the game actually had overall, considering its flat beginning.”

In case you’re wondering, yes there is combat in Yono and the Celestial Elephants, but it isn’t a strong suit of the game, unfortunately. Other than a few Boss Battles, fighting is very straightforward, involving you really just head-butting opponents and trying to avoid their counter-attacks. It’s not all that fun, but luckily you don’t have to do it a whole lot. Since this is a game about helping people, and being peaceful and kind and, well, “celestial”, it’s understandable that beating people up would be a less-important aspect.

Yono and the Celestial Elephants is a cute, unassuming little game whose simple exterior conceals a surprising amount of content that is weighty and even touching at times. The puzzling could be more engaging, the combat could be much better and the visuals could be a bit less cutesy and simple, but you’ll be impressed at how strongly the 4-5 hour experience finishes after a tepid start. If you do ever get tired of the awesomeness that is Mario, pick this little game up as a nice little break. 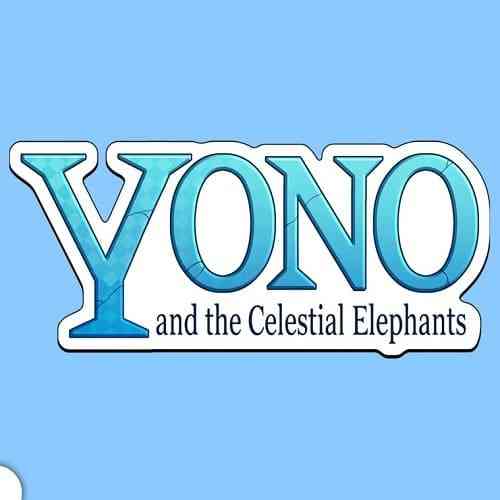