In today’s videogame age, where gaming worlds are getting more and more open and epic, many believe that JRPGs have been left by the wayside, a forgotten genre, never again to mightily rear its waning head. Well those of you who love JRPGs of yore, but are looking for one to stand toe-to-toe with the western world’s triple-A titles need look no further! Xenoblade Chronicles X is a shining juggernaut of a game, and the RPG fan’s number one reason to own a Wii U.

Chronicles X (for the purpose of this review) is the spiritual successor to the Nintendo Wii’s Xenoblade Chronicles. If you’ve played that game, you’ll have a pretty good idea of what you’re in for with this new one. Chronicles X is an improvement on the gameplay, world-building, and Final Fantasy-like style of its predecessor. It’s massive, without being too daunting, it has lots of Monster Hunter-like exploring and monster slaying, without sacrificing its in-depth story, and it has an excellent amount of challenge, without turning into a grind-fest. 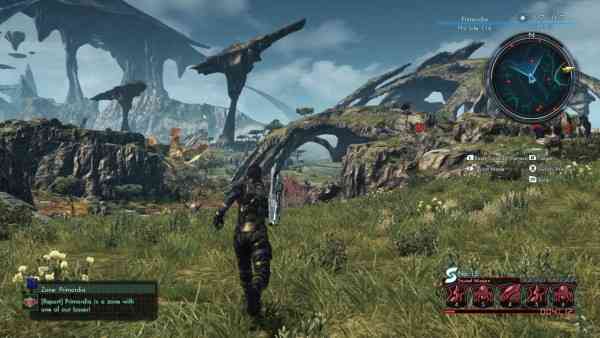 From the moment you start playing Chronicles X, you’ll realize that you’re in for something special. The story begins with some very epic cutscenes of an interstellar war where humans lose and the Earth is destroyed. Our protagonist is awoken from a pod that has escaped our now dead planet and joins what remains of the human race on a very lush and vibrant new world. I don’t want to spoil anymore of the story for you than that, but needless to say, the plot of Chronicles X is fantastic (beyond epic), and one of the major reasons to recommend this game. The protagonist is a player-created character by the way. In a first for the Xenoblade series, you are tasked to create your own character and actually role play. Although fans of western RPGs might find this appealing, I prefer a much more defined main character. The silent protagonist in Chronicles X was a bit awkward for me at times.

Mira, the world of Chronicles X, is one of the most interesting sandboxes I’ve ever played in. The first time the sun rises, you are treated to a cutscene, showcasing the planet’s first locale, Primordia, and it’s a cutscene that will likely never be forgotten by any of its viewers. Tentacled dragon whales fly through the sky as hammer-headed, volcano-backed brontosauruses drink from gorgeous lakes. Mountains, shaped like jungle gyms, jut out of the ground and herds of Cthulhu-like elephants and pachycephalosaurus-domed pigs roam the land. The imagination in the design of the world, and the realizing of it, is fantastic. Mira is as large as any world seen in gaming, and the draw distance is incredible. There were so many moments where I had to stop playing and just stare in awe of the world that was before me.

Gameplay is very similar to Xenoblade Chronicles. Combat is realtime, but you have to choose to engage enemies. Some creatures will attack you upon sight, while others won’t fight until you’ve attacked them. Your character will auto attack unless you use one of your Arts, which are special abilities gained while leveling up. These can be more powerful attacks, spells, buffs, etc. Some of these attacks are position-based too. For example, one move will only lower an opponent’s attack power if you hit them while at their side. Each ability has a cool-down period and can be leveled up to decrease that period, increase attack power, etc. You only control one party member as the rest of your party members (increased to 4 this time around) are AI-based.

The level of options and customization is incredible in this game. In addition to creating a character, you can choose the types of abilities they get based on your preferred play style. Characters not only gain levels, but also have combat classes equipped, which gain ranks too. Weapons now have levels and cannot be equipped to under levelled characters. Weapons and armour change character appearance and each character has a gun and a melee weapon, which have their own stats and cool down periods and can be switched during combat at any time. The menu options are staggering, and although the game does a good job of easing you into the world and its mechanics, the sheer amount of menu content can be overwhelming and too much goes unexplained. Start playing this game while very alert, especially if you haven’t previously played Xenoblade Chronicles.

And then you get to pilot giant robots! Eventually (after a long long time) you get your license to pilot Skells, which are a cross between a Gundam and a Transformer. That’s right, they switch from vehicle to robot, and you get to fly around Mira with them! There hasn’t been a sandbox mechanic I’ve enjoyed this much since webslinging through New York in Spider-Man 2. Skells have their own combat Arts commands, and fight similarly to ground characters, except they can battle much larger enemies, literally steamroll smaller ones, and consume fuel. Everything you do in a Skell, from flying around to attacking, consumes fuel, and you will be constantly monitoring and/or refilling in order to maximize your Skell time. Fuel consumption is never an annoyance, but rather an enjoyable resource to manage. Xenoblade Chronicles took away lots of typical gameplay restrictions by immediately introducing fast travel, weather change, and ‘any-time’ saving, and while Chronicles X has dialed back on some of those freedoms, it does an excellent job of making them fun mechanics. Think more farming in Harvest Moon and less ink ribbons in Resident Evil.

Exploring Mira, whether in a Skell or on foot, is lots of fun. It’s amazing how much joy can come climbing up hills or jumping into water. New Los Angeles, the hub city in Primordia, acts as a home base where you can pick up jobs. These jobs range from mapping the world to slaying monsters to picking berries! Yes, like all great JRPGs there are hundreds of fetch quests in this game, but they are optional, and whether you love experiencing the story, exploring the world, or doing everything you can, there are options for every play style in Chronicles X.

The game’s graphics definitely push the Wii U to its limits. The world looks gorgeous; no question. The draw distance is incredible and it’s amazing how far away creatures can be seen moving. Everywhere you can see, you can go, but there is definitely some pop-in that is noticeable now and then. Sometimes you’ll be running into a new area, minding your own business, and suddenly a jeep is on top of you. The game runs very smoothly though, and if you can spare the storage room on your Wii U, there are downloadable installs to almost completely eliminate loading times.

Character models are a bit of a mixed bag. They definitely have an anime design style, which appeals to me, but they may be a turn off to others. That being said, the graphic quality of the characters looks like a sub-par PS3 game and it can be jarring switching from gorgeous landscapes to cutscenes with characters that look pretty bad by current-gen standards. Aside from the characters, the cutscenes look fantastic, and are very well directed. The opening cinematic is more epic than many of the highest budget Hollywood films, and I’m not exaggerating.

The score of Chronicles X is incredible. The orchestrations in the game are beautiful and memorable and the music is diverse! There are elements of hip hop, heavy metal, jazz, and pop peppered throughout this amazing soundtrack, which many will be tempted to purchase (it’s available on the Special Edition USB drive too). It can be a little bizarre at times though. For example, the battle music is energetic and catchy, and then a weird Japanese rap-scat vocal comes in and punches you in the face with the fact that this game is “super Japanese”. 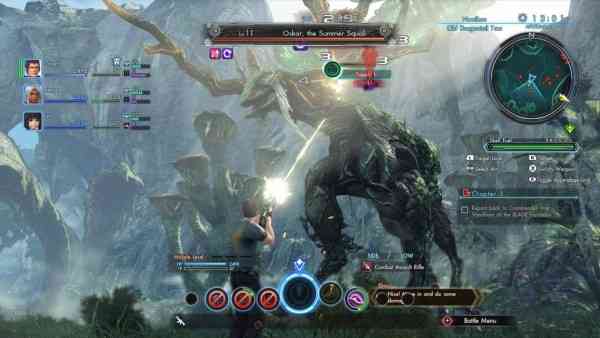 Xenoblade Chronicles had UK voice acting that didn’t fit its anime character models at all, so I played it in Japanese with English subtitles, but there is North American voice acting Chronicles X, and it’s all excellent! Although, like the first Xenoblade game, Chronicles X only has its’ cutscenes voiced, so you’ll be doing a lot of reading. This isn’t a problem for me, but I know some would like voice acting throughout. However, even though your protagonist is silent, you do get to choose their voice when creating your character, which means, you guessed it, voice acted battle grunts!

It will take most players easily over 100 hours to beat Chronicles X. In fact, it will likely take many well over 200 hours to complete the story, with a healthy dose of sidequesting. As for completionists, who knows how long you’ll take. The online component of Xenoblade Chronicles X wasn’t up in time for this review. The game promises messages that can be left by other players, ala Demon’s Souls, and up to 4-player monster take-down missions ala most MMO’s on the market. If the online component is “wonky” and affects the gameplay negatively, we will update this review accordingly.

Despite some minor flaws, Xenoblades Chronicles X is a JRPG fan’s dream come true. If you own a Wii U and are a fan of sandbox games, epic storytelling, and getting a lot of gameplay for your dollar, this game is highly recommended. For those who are a fan of JRPGS or are a fan of Western RPGs and would like to try a great JRPG with lots of western RPG elements, you’d be missing out if you didn’t pick this game up, as it’s a triumph of the modern JRPG. 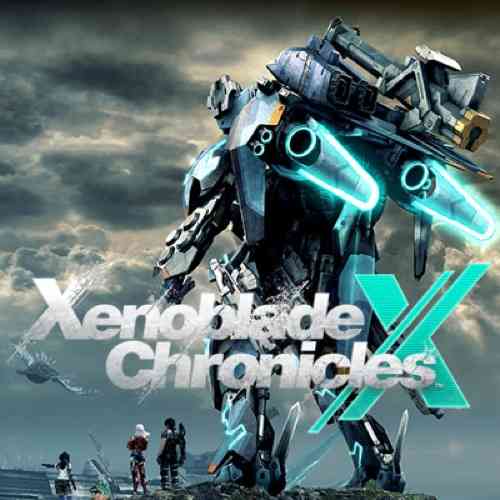 Star Fox Zero Devs Want to Make Switch Port, but It’s up to Nintendo
Next Life is Feudal: Your Own Review – More Than Just A Medieval Minecraft
Previous The Elder Scrolls Online: Tamriel Unlimited – Orsinium Review – Mountain Adventure Worth the Price