With a more than 8 year wait since Dawn of War II, fans of the Warhammer 40,000 series have had a long wait for a new installment in the franchise. Now that Warhammer 40,000: Dawn of War III has finally arrived, we get to see if all that time waiting was worth it. Is it everything fans hoped for? Well, while it certainly is a fun, action-packed RTS, its game design choices might leave a few players wanting more.

In Warhammer 40,000: Dawn of War III, three factions battle it out for the Spear of Khaine on Cyprus Ultima. The story of why they are there, and their personal and political intrigues, is an interesting and deep tale that unfolds as you play the Campaign. Developer Relic Entertainment have made the Campaign function as a (very) extended Tutorial, which works to prepare you for the Multiplayer component – which is, let’s face it, why most players come to an RTS. In a style typical of RTS classics such as StarCraft and WarCraft, you once again have 3 factions – Space Marines, Orks, and the Eldar – each of whom has their own strengths and weaknesses, and who present the player with a rock/paper/scissors choice as to what style of play they wish to adopt on the battlefield.

“…while it certainly is a fun, action-packed RTS, its game design choices might leave a few players wanting more.”

Newcomers to the series – such as yours truly – will appreciate the Campaign in theory; a thorough training in the game’s basics is indeed necessary in a complicated game such as this. However, the effectiveness of that learning is hurt by the fact that you are switched around between the 3 factions after each stage. While it is nice to get a look at the 3 factions equally, it makes it hard to really learn any one of them very well.

Warhammer’s deep and celebrated lore is also something that will be lost on the newbies, and I would have liked to see Dawn of War III help those of us who haven’t been fans of the series since Day 1, by catching us up on the story a bit more. As it is, the narrative of the Campaign is interesting and well written, and I did enjoy it, despite some of it going over my head. It has some great voice acting, and the Orks in particular have a zany WAAAAAAAAAGH! aura about them that always kept me interested. 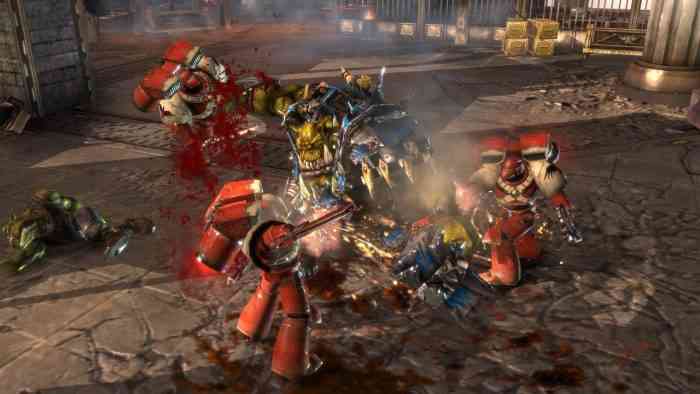 As engaging and deep as the Campaign mode is – all 17-missions of it – its trials and tribulations are merely a warm-up, an appetizer of sorts for the main event – the multiplayer, in which you can match up online in 1v1, 2v2, or even 3v3 matches utilizing 8 different maps. That map number is a bit low, and it does reflect the game’s overall tone of streamlined gameplay. While Dawn of War I was a pure RTS, and Dawn of War II introduced Elites, Dawn of War III combines the 2 gameplay styles in a way that will please some and disappoint others.

“This is more akin to League of Legends or DotA than the RTS titles I grew up with.”

Despite this being an RTS, there are clearly a lot of MOBA elements here – you work to capture your opponent’s Power Core in a fast-paced, attack-oriented style. Mining resources to build units and upgrades is dropped in favour of taking Resource Nodes. These can be upgraded and if held, they provide your source of power and bring you a step closer to destroying your opponent’s Shield Generators, and eventually victory. Base building is included, but those of us who like to play defensively will find this an unwelcoming environment. This is more akin to League of Legends or DotA than the RTS titles I grew up with.

Another MOBA-like element, lanes give the maps a constrained feel that seems to force confrontation at certain choke-points. Here the usual decisions need to be made – do you construct a quick, rush force to overwhelm your enemy before he gets his bearings, or wait to grow stronger? Dawn of War III seems to favor the early attack option, as control over key points can be the decider in many battles. 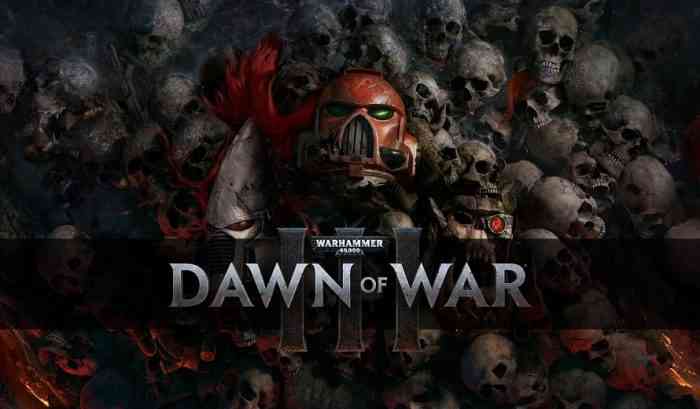 And while there are buildings such as Barracks and defensive Towers, gameplay is heavily weighted to the use of what the game calls Elites – powerful individual units that stand high over the regular infantry/cannon fodder like the true Gods among men that they are, and possess special abilities (deployed as part of “Doctrines”) that can turn the tide of battle. In fact, I found that they are almost too powerful, and relegate your swarms of “regular units” to mere support or bullet sponges. You’ll find in multiplayer matches that the tide will turn several times as Elites like Gabriel Angelos of the Blood Ravens, or the Ork Leader Gorgutz come to cut swathes of destruction through enemy lines, making for some epic but long battles.

But I must say online battles are, overall, a fun and adrenaline-infused experience. Faction balance is nearly perfect, and each one brings with it a unique style and strategy that requires you to learn it well and employ it deftly in a fast-paced arena. You also learn to use Elites smartly, too – throwing them in too soon or too late can make a huge difference in their effectiveness. Giant set pieces, involving large groups of individual units, with bullets flying every which way like a ballistic hailstorm, make Dawn of War III a blood-pumping rush of addictive mass warfare.

“… just when you think all is lost, a drop-pod thrown down at the right time, or the appearance of a giant Walker unit, can be a thrilling game-changer.”

And the battles are never over until they’re over – just when you think all is lost, a drop-pod thrown down at the right time, or the appearance of a giant Walker unit, can be a thrilling game-changer. But while the sheer ADHD brilliance of the game’s giant battles is indeed impressive, I often wished that the visual environments weren’t quite so murky and grim; it became difficult at times to make out my units amidst the dark backgrounds. Visuals in Dawn of War III aren’t bad, but not a standout feature either.

Warhammer 40,000: Dawn of War III is an enjoyable, challenging and rewarding RTS experience. Not everyone will be enamoured with its MOBA-flavoured gameplay, but there is no denying it makes for some frenetic and action-packed battle goodness much of the time. Just as with the game, fans will be divided into “factions” – players who like attack-oriented strategy will be completely in their element – while a minority (like me) who enjoy slower, defensive play will find that this game is more of an acquired taste. 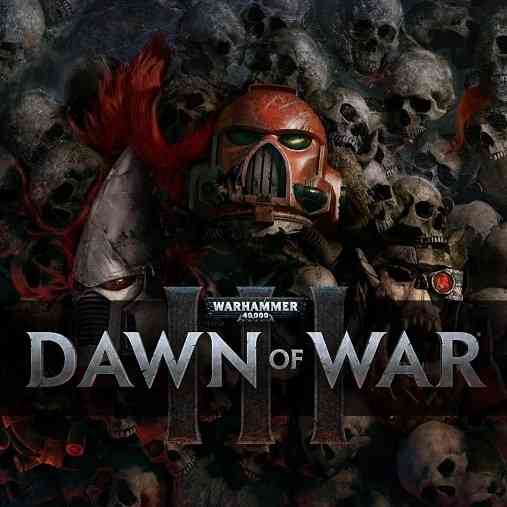 Warhammer 40,000: Darktide Shows Off The Psykinetic Class
Next Ruin of the Reckless Review – Pretty Little Liar
Previous Guardians of the Galaxy Vol. 2 ‘Spoiler-Free’ Review – Fun but Some of the Magic Is Gone