Ruin of the Reckless Review

Ruin of the Reckless starts with you dead, relegated to spirit status in a pastel-shaded afterlife. Your mission is to climb to the top of an enormous tower, the titular Ruin of the Reckless, in order to save your soul. This is a beautifully-crafted game that persistently dogged me with a sense of betrayal.

Training is a fun little jaunt that betrays none of the intense suffering in store for you. After this short introduction to your skills, you’re thrown into the mix. Once you’ve been obliterated a few times, you’re given cards to equip. One of them is called ‘baby.’ The game insinuates that the game would be too easy if you equip this item. You are being lied to! The game becomes technically possible to beat with this item. I say ‘technically’ because I am never, ever beating Ruin of the Reckless. I am but one mortal man, with a job and a crippling sleep dependency. Don’t despair, however! Surely some among you will be hardened enough to tackle this blood-soaked tower in my stead.

“The beautiful, hand-crafted game worlds are a single error away from being awash with your blood.”

Little details in a trial such as this make all the difference. Case in point: Music! Ruin of the Reckless has a fabulous soundtrack, full of bouncy and vibrant tunes that dissipate your urge to punch a hole in your desk. Faux-Operative enlisted the aid of Slime Girls and Protodome, two excellent chiptune musical acts that excel in crafting songs with that perfect retro flavor. The other facets of Ruin’s aesthetic also work to soothe you. The soft pastels and the charming character models all make you feel like everything is going to be okay. Much like before, this is the game telling you lies. The cute monsters will kill you as quickly as the ugly ones. The beautiful, hand-crafted game worlds are a single error away from being awash with your blood. All too often, a misstep on my part had me face down and destroyed.

Death in this game does admittedly feel cheap at times. The controls are tight, the hit boxes are clean and powers make sense. Logically, every death should feel earned. The feeling of cheapness persists, though. Perhaps it’s the way you’re tantalized by a second starting point at the shop on the third floor. You think to yourself, “Yes! The shops are safe havens! I can do this!” For the third time, you are being lied to by the game. So far, no other shops operate as checkpoints. My runs also seemed too dependent on luck. Whether it was the selection at the shops, the enemies on each floor or the location of the keys, My own meager skills counted for little from one run to the next. 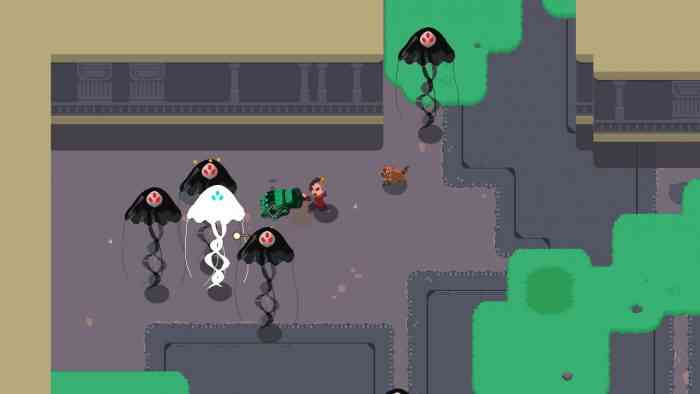 In spite of my palpable frustration with the game and its lies, I found myself going back, over and over again. Just one more run, one more attempt to climb the tower. To make it a single floor higher than before. In my head, it felt so feasible, like a slight change in fortune would yield better results. The game reinforces this delusion, with the shopkeeper promising that item will surely get you to the top of the tower. He might even believe it, but after so many failures, I feel like that line is a lie as well. Even so, I persist. I go back, again and again, sure that I can do enough right this time. Maybe the boss-type figure halfway up the tower is a checkpoint? If I can just make it there, maybe I have a chance of winning this after all. This is the final betrayal, wherein the game has gotten me to start lying to myself.

Such is my dilemma with Ruin of the Reckless. The core gameplay is frantic and fun, but I’m always feeling bamboozled. You’re given a wide range of abilities that feel distinct and well-constructed, but they get you no closer to the top of the tower. The music is amazing, but it has to work very hard to dissolve my frustration. I hate myself for going back, but I feel compelled to anyway. In a way, this game is an amazing recreation of that ‘arcade’ feeling. You’re pumping in fistfuls of coins, desperately hoping that this time will be different. To the developers’ credit, this palpable frustration and compulsion to continue balance out pretty well. I’ve said out loud, to multiple people, that I hate this game. I recommend you play it yourself. I know I’m going to keep coming back to it for some time. 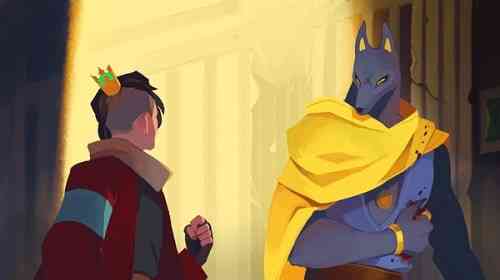