The Caligula Effect Review – This Virtual Hell Isn’t That Deep

The Caligula Effect has released in the West, much to PlayStation Vita fans’ delights. It’s no secret that the PS Vita has had a dwindling amount of exclusive games in the West due to a variety of factors. Specifically, games are either not localized or come on both the PS4 (with improvements) and the PS Vita. With a story written by Persona series veteran Tadashi Satomi, The Caligula Effect became an instantly anticipated game amongst the hardcore Vita fanbase.

Taking place in a virtual world known as Mobius, created by a couple vocal programs, The Caligula Effect puts you in the role of an individual who has become aware of the situation surrounding him. Namely, the students at the high school repeat their three years consistently without being able to leave the virtual world. The player character soon joins the “Go-Home Club”, a club dedicated to you guessed it, going home. To escape Mobius, the characters are required to escape the vocal program “μ” and her fans. Aside from the narrative itself, the theme of the game is a unique take on life and quite agreeable.

“The Caligula Effect has a turn-based battle system that is refreshingly fun.”

The Caligula Effect has a turn-based battle system that is refreshingly fun. In addition to the usual turn-based combat, the game allows for timing your attacks for combinations to occur. For example, having a character launch an enemy into the air allows other party members to launch aerial attacks. In addition to aerial combinations, ground combinations and much more are available. While the battle system is enjoyable, the minor invisible load times surrounding them are an annoyance that adds up over time. Despite being quite unique and fun, the battle system often results in battles that end in one turn given the ability to utilize up to twelve attacks on your opponents before they can attack. On the other hand, some battles can take an exceedingly long time despite not being much of a challenge.

Outside of combat, levels consist of dungeon crawling and social interactions. While you can interact with the 500 plus NPCs and recruit them to your party, these NPCs are all quite shallow in terms of narrative and generic in combat. There is also an in-game messaging system, unfortunately, like the social interactions, it is essentially useless outside of being able to track your relationships with others. While I applaud the ambitiousness of having over 500 recruitable characters, I would have appreciated having significantly fewer characters with social interactions if they were equally significantly more fleshed out, interesting, and usable in combat. 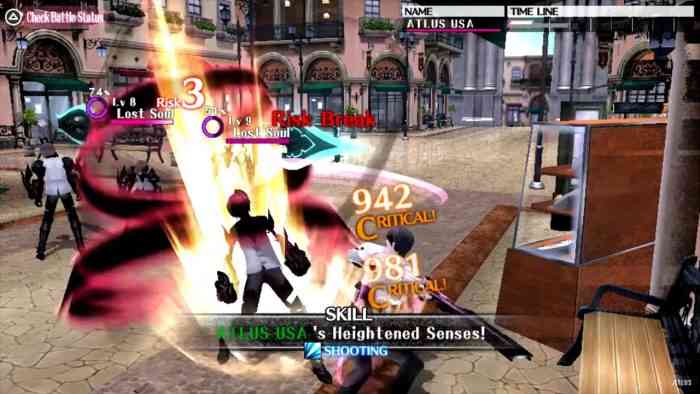 While the game’s systems are ambitious but shallow, the graphics in the game are visually appealing. From the animated portions to the character drawings, the game features some great visuals. Aside from the 500 plus recruitable characters who appear quite bland, the significant characters of the story have some great and unique looks to them. Where the game suffers is in its framerate and user interface. While the framerate is not as bad as some trailers made it appear, it is noticeable in that it seems to chug along, though at least at a stable rate. As for the user interface, I personally found it to be overly cluttered especially for the PS Vita’s screen size. While the game’s artwork is of high quality, the form is much better than its function.

Another highly anticipated aspect of The Caligula Effect is its audio. For a game with a focus on vocal programs and musicians, the music is one aspect that received a lot of attention. The music in the game is catchy and upbeat, providing a solid soundtrack in navigating the game and battling enemies. The music does get repetitive over time but objectively is quite easy on the ears despite the repetition. Compared to other JRPG and anime soundtracks, The Caligula Effect is par for the course.

Overall, The Caligula Effect is an ambitious PS Vita JRPG that falls just short of expectations. While the game may not be the outstanding experience some have come to expect, it remains a decent title on an otherwise barren platform that can still be enjoyed. Despite being repetitive in a few aspects, The Caligula Effect’s story and battle system will be sure to keep you coming back for more. 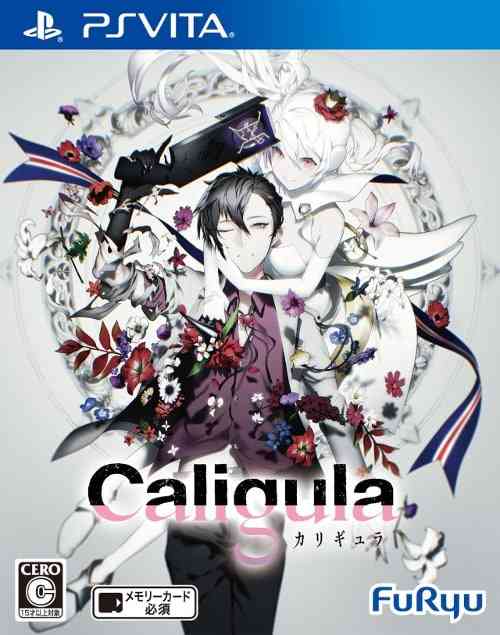