Victor Vran, from Haemimont Games, has been in early access since February of 2015. In this era of early access overload, it’s always refreshing to see indie developers follow through with their projects and debut their final game, especially when they have as much polish as Victor Vran. While reviewing the game, I experienced almost no bugs and the ones I did encounter were fixed quickly. It suffices to say my first impressions of the game were strong, especially when I heard Doug Cockle (Geralt in The Witcher series) as the voice of Victor.

This action-RPG follows the story of Victor Vran, a wandering demon hunter in search of an old friend that went missing near the town of Zagorovia. You quickly learn the city and surrounding area have been taken over by demons and other monsters, making it an ideal place for demon hunters to investigate. Victor is then greeted by a disembodied voice, referred to as The Voice, which taunts Victor relentlessly. I won’t go into too much more detail since the story picks up the pace early but, I will say that The Voice is one of the best parts about the game. He brings comic relief to the dark and gloomy Gothic-esque setting, even going so far as to making some subtle jokes referring to Skyrim and The Stanley Parable. Moreover, The Voice’s dialogue is non-intrusive to the progression of the game, meaning the game doesn’t come to a screeching halt every time he wants to make a quip at our hero.

The main story is interesting and engaging, but seems somewhat inconsequential. I will admit this is very much a subjective opinion, but the game would have played out the same without a story; I can still hack and slash through mountains of demons and undead to reach the next zone without a reason to do so other than it’s fun to see if I can. The story just seemed to put me on an arbitrary path from one zone to the next.

“In this era of early access overload, it’s always refreshing to see indie developers follow through with their projects and debut their final game, especially when they have as much polish as Victor Vran.”

Victor Vran offers no specific classes to choose from but instead uses an equipment based skill system. This means there are no skill points earned to spec into particular attributes like crit chance, just weapon stats and destiny cards. These cards act like slottable skill points; each card has a point value and a passive effect. You start with a limited number of card slots and number of total points among slotted cards (e.g. you cannot slot two cards with a value of 5 if you only have 8 destiny points). I found this system was very useful when I wanted to try different build types, but after I found a  play style I liked I only changed my cards when I found stronger versions of the ones I already had. I appreciate the thought they gave to trying this method of character progression, but it lacks the kind of depth or variety I want from an RPG.

On a similar note is the demon power system. You start with a single slot and quickly unlock a second through leveling. These powers can drop as loot and and have varying levels of rarity like all the other lootable items. Of the ones I was able to find, some were definitely more useful than others. The offensive powers didn’t seem to do enough damage later in the game and one in particular requires you to be stationary to channel the ability. In a game with waves of enemies, you might be able to see the problem with this; standing still is a death sentence and the damage from the column of fire you summon doesn’t mitigate that at all. I mostly stuck to defensive demon powers like the time bubble and diamond armor since my weapons did enough damage on their own. The weapons, in fact, are the core of the gameplay. They decide how fast you’re attacking and the other two skills you can equip. Unlike most RPGs where you might unlock certain abilities with skill points, Victor Vran has you switching abilities every time you switch weapon types. While this means you can’t specifically upgrade weapon skills, it does mean you can change out your abilities at will. This was actually very useful for taking on different zones and bosses; sometimes a horde of skeletons needed to be cleared with the smash attack of a giant hammer, other times attacking a boss at range using a pistol was the safest choice. These are all personal choices of course, but I felt the level design was nudging me to use the skills from a particular weapon over the skills of another.

“The art style is reminiscent of Diablo 3 and other popular isometric RPGs, but that’s mostly because the fantasy Gothic setting is a fairly well established style at this point.”

So now you have a demon hunter with a pistol and a hammer who can shoot flames and slow down ranged attacks, but how does it size up to the waves of enemies you’re fighting? The game claims to have a “huge variety in monster behaviour,” but it really boils down to melee and ranged. Most of them, regardless of attack method, simply charge you head on like the 28 Day Later zombies while others dart around like a cracked out house fly. Others yet simply dance around you and just want you to dance with them.

Honestly the monster variety seems exhausted pretty quick and you learn how to fight around their mechanics, but the real test of skill are the boss battles. I was getting a little bored grinding through waves of skeletons and wraiths until I came across the first boss a couple hours in. It was a giant spider (we have now just accepted that in ARPGs the first boss is always a giant spider) amid hundreds of eggs that hatched more spiders. It was a real turning point in the game for me. I wasn’t just fighting a wave of enemies, but now a wave of enemies and a giant spider that could slow and stun me. It was the first time I had to think about how to handle the whole situation instead of just hack/slash/shoot my way through. I would even go so far as to say that battle and the subsequent boss battles are the best test of combat and are what kept me wanting to play more. The art style is reminiscent of Diablo 3 and other popular isometric RPGs, but that’s mostly because the fantasy Gothic setting is a fairly well established style at this point. The character art during dialogue is very well done and depicts each character’s role. A nice touch that I appreciate is when you change Victor’s outfit, his portrait for dialogues is updated. The textures and models are good enough for how high the camera sits, but honestly the combat is usually so fast paced you rarely get time to check out how good the monsters look. What matters is that you can tell a fireball-shooting skeleton from a melee skeleton and you can do that with ease. Victor Vran might not incorporate Nvidia Hair Physics, but it doesn’t hurt to look at.

The music, on the other hand, is more than adequate. I found myself humming the eerie themes throughout the day after playing the night before. The score fits the setting perfectly and provides a great backdrop for pummeling waves of undead creatures in an overrun city. The sound effects are good too, giving the feeling of impact for your weapons. I found this especially true for the ranged weapons and the extra punch from landing a crit.

Victor Vran is a solid action-RPG, no doubt about it. I was hoping for more depth and permanence in the skill system like you might find in more traditional RPGs, but I can appreciate the choices the developers made given the core mechanic of the game: fast-paced combat with a variety of weapons and enemies. I would recommend this game to anyone who is a fan of action-RPGs with more of a focus on combat and less on character building. 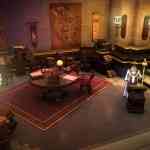 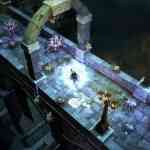 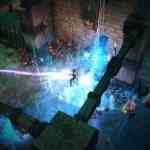 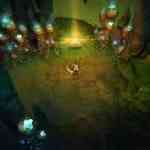 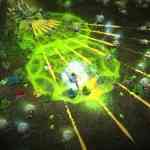 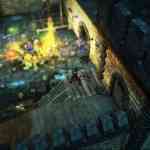 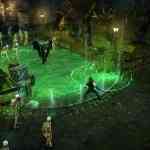 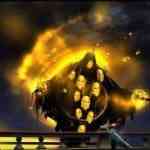 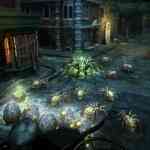 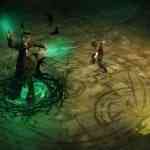 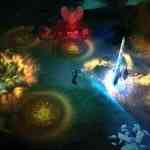 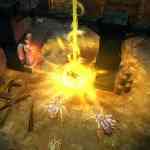