When I think of Godzilla, the Blue Oyster Cult song immediately springs to mind instead of the towering Japanese movie monster. While the lyrics of the song are a tongue in cheek tribute to the monster, the song has been weirdly omitted from past Godzilla releases.  We have recently seen the release of another Godzilla game that was sorely missing the Blue Oyster Cult classic; and believe me, that’s just the beginning of this game’s problems.

The core focus of the gameplay is to cause as much destruction as possible in order to increase the size of your Godzilla monster. It’s unfortunate that a large part of the game is just too boring for the destruction to offer anything enticing. What makes or breaks a game like this are the controls and how believable and realistic the environments are. Unfortunately, Godzilla misses the mark in both of these categories. The controls are slow and clunky and Godzilla’s visuals could easily be mistaken for a PlayStation 2 title. Yes, you read that correctly! The Japanese cities look boring, drab, and don’t appear to exhibit any signs of life other than the monsters and military units you fight. Forget about fleeing civilians and chaos in the streets. This game shares nothing with the Godzilla movie you loved last year.

Movement is handled by using the left joystick and shoulder buttons, while the right joystick controls the camera. Movement feels slow and one of the most frustrating moments of the game is trying to alternate between fighting several enemies, destroying buildings and trying to complete your objective at any given time. On top of that, the lack of a block button can make boss battles feel like a tit-for-tat kind of fight.

“The Japanese cities look boring, drab, and don’t appear to exhibit any signs of life other than the monsters and military units you fight. Forget about fleeing civilians and chaos in the streets. This game shares nothing with the Godzilla movie you loved last year. “

Within the God of Destruction Mode there are several other modes, which offer a slight variation on the main campaign. One mode sees you defend Japan against Godzilla while the other mode see’s you play through the God of Destruciton Mode using a different monster. Both of these modes play fairly similar to the campaign and don’t really offer anything new. Perhaps a mode where you served as an army colonel or air force pilot may have offered up something interesting, and akin to some of the movies we’ve seen in the past.

King Of Kaiju is probably the most enjoyable mode the game has to offer. The King of Kaiju mode sees you battle six monsters back to back against the clock. Given the game’s clunky controls, it’s nice to have to only focus on one thing at a given time. It’s kind of a like a survival mode, but with really big monsters instead of traditional fighting characters that gamers have come to expect. 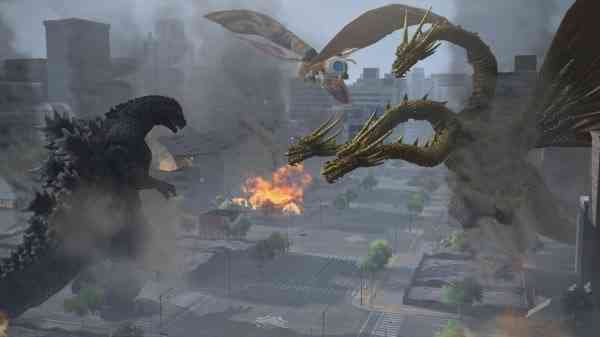 Kaiju Guide and Diorama Modes are aimed at hardcore fans. Kaiju provides information on different monsters in past Godzilla movies, while the Diorama Mode allows players to recreate their favourite Godzilla moments using a variety of monsters and backdrops.

Competitive online play is also included on the disc and allows you to play against one or two other players. The big issue I had during my time online is how bad the lag was. To ensure it wasn’t just isolated to my connection I tried playing online using two different connections from two different service providers and ran into bad lag both times. The lag was so bad I couldn’t even properly finish a match. Can you say “Ouch”?

Godzilla is a game that may offer some satisfaction to hardcore fans, but casual players won’t find much to like here. Clunky controls, poor visuals, and boring and repetitive gameplay make this game experience one that you should skip. 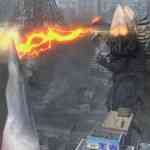 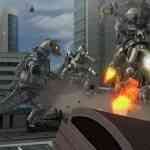 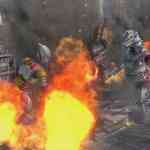 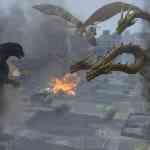 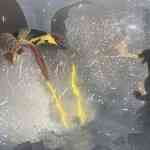 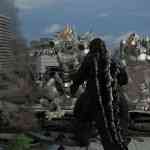