One of the most beloved story threads in the Elder Scrolls franchise has been the Dark Brotherhood. You will recall the Dark Brotherhood from Oblivion and Skyrim, and its story and themes have gone on to become almost legendary amongst fans of the series. It was therefore no surprise that the Dark Brotherhood would make an appearance at some point in The Elder Scrolls Online – the question is, does it live up to the mighty expectations of the fans? And should you shell out your hard-earned Septims for this DLC if you’ve been playing TESO:TU already? If my time in the Gold Coast of Cyrodiil is any indication, then the answer to both questions is “yes” and “yes.”

First off, this is another big, substantial content addition to the base game. Pay your 2,000 Crowns (3,000 Crowns costs $24.99 in the store), and fast-travel to Anvil on the Gold Coast, a newly-opened area of Tamriel that you will see on your map after purchase. This is, much like the mountain lands of Orsinium or the arid sands of Abah’s Landing, a big new environment in ESO that will offer lots of new discovery for even the jaded veteran. Zenimax, as with previous DLCs for the game, deserves credit for putting a lot of love and effort into making the Gold Coast a detailed, rich world, with a consistent and unique aesthetic that says you are now in a special place and cool new experiences await.

Architecture is distinct to the new world, bringing a neo-classical vibe complete with Romanesque temples and columns – put together with the stealth-killing theme, it harkens one back to the Assassin’s Creed series. Where vegetation in Thieves Guild was sparse, in keeping with its brown, desert-sands terrain, Anvil and its environs offer a more lush, Mediterranean setting that I would say is the most pleasant yet of all the places I have visited in Tamriel.

“Dark Brotherhood is a chance for longtime fans to experience a real treat and joins previous DLC Orsinium as a content addition that enriches the Elder Scrolls lore for those who are curious to know more about the series’ past.”

Even cooler, veterans of the Elder Scrolls franchise will recognize Anvil and Kvatch as places that figured prominently in The Elder Scrolls IV: Oblivion. However, the Dark Brotherhood DLC takes place hundreds of years before the events of Oblivion; so that means you can see some of the same buildings, but in their prime, before they were destroyed. Dark Brotherhood is a chance for longtime fans to experience a real treat and joins previous DLC Orsinium as a content addition that enriches the Elder Scrolls lore for those who are curious to know more about the series’ past. One of the best parts of TESO:TU for me has been the way Zenimax has been able to slowly bring together the Elder Scrolls universe so well, and with such care and craftsmanship. With this latest DLC, the game is becoming a real work of gaming art.

Now, to start the Dark Brotherhood DLC, you begin much like you do with other expansions. Travel to the city in question – in this case, Anvil – and meet up with an NPC who starts you off with a quest. In this case, I was pleasantly surprised by my opening task: kill a random stranger. Uh, ok, I get it – they want you to prove you’re a badass, and you can just kill a man without a second thought. I like it. So off you go, searching for an innocent victim. I must say, even though I knew it was just a game, my heart was pumping a little bit, trying to scope out some unaware dude minding his own business. You want to keep it stealthy too, so you don’t get caught right away. It was a clever way for the game to get you into the stealth-kill theme right in your first action. On the downside, the presence of a bunch of other human players, all shanking their own victims right beside me, took away from the realism a tad, but oh well – that’s the way MMOs work. 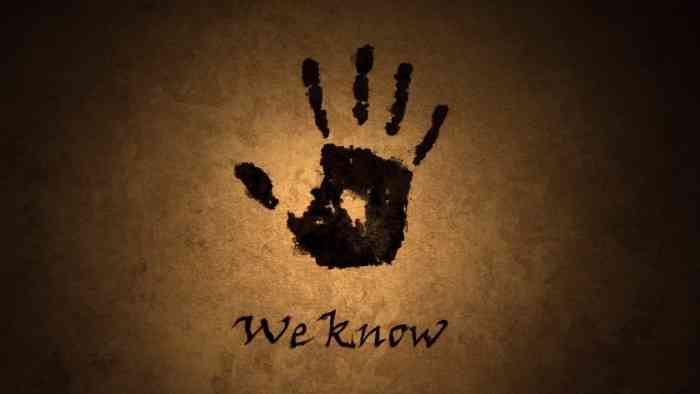 From there you embark on a quest with the Dark Brotherhood that runs the usual gamut getting entangled in their struggles and conflicts as an increasingly-key player in the drama. Meet the Speaker, and other members of the Dark Brotherhood family in the Sanctuary, their ultra-secret lair that has a gorgeous, mysterious vibe about it and really helps to make you feel like you’re a real contract killer working under the radar of normal society. It has a lot in common with the Thieves Guild DLC, in that you are working with secretive criminals and using a lot of stealth. It is a lot of fun to sneak up behind an unsuspecting soul, press X when the option appears (that’s the new “Dagger of Woe” gameplay addition for the DLC), and kill them with impunity. Just make sure there are no guards around, of course. If you pull it off, you can shank a dude and leisurely walk away in broad daylight.

And once you get better at killing, you will have lots of opportunities for murdering-mayhem in this DLC. There are Bounty and Contract Kill Quests, where you can go on a killing-spree for lots of loot reward. I personally like the Litany of Blood, where you go around Tamriel with a hit-list. Eventually, without giving anything away, you can earn the chance to try the Black Sacrament, a special kill-mission given to you by the Night Mother herself. 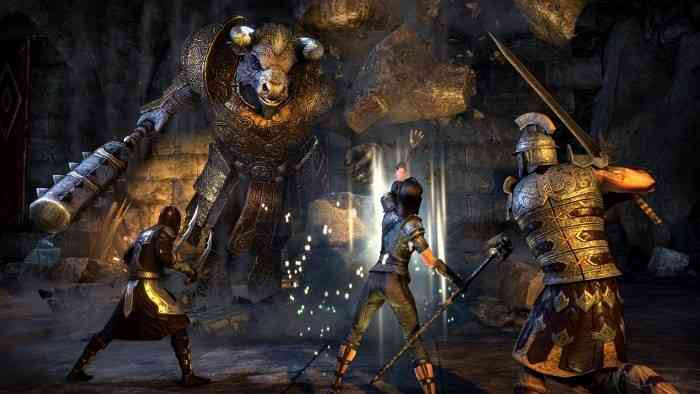 You get good at finding the best way to pull off the perfect kill so you don’t get caught. Hell, I even found myself scoping out my targets a bit before pulling off the crime – that’s when even I started to get a bit disturbed at how much this murder-for-hire lifestyle was rubbing off on me. I also want to point out that not all of the missions are one-note killing; you get to do a variety of things and that made Dark Brotherhood feel a bit deeper than previous DLC as well.

There is one aspect that can present a problem though: if you do mess up a mission and die somehow, you get sent back to the last Waypoint. But here’s the kicker: when you re-start, all the guards everywhere have knowledge of all the trespassing and murdering you have been doing before you died. That doesn’t make sense to me; I mean, re-starting from a Waypoint should essentially be like turning back time. But now, I have to re-start, and I get chased by hordes of guards for a crime I technically haven’t even committed yet. My solution to this was to just save a lot and re-load, but I shouldn’t have to do that.

But overall, I feel like I enjoyed the Dark Brotherhood DLC a little more than the previous expansions for TESO:TU. There was more of an emotional involvement, with the heart-pumping missions making you feel a little more like this was a real experience. The various characters I encountered seemed more interesting as well – maybe it’s the element of being outside the law that added depth to their characters. There are also tons of additional gear sets, skills, and loot drops that we have now come to expect from new TESO:TU expansions. And there are the Daily Bounties that work much like in Thieves Guild. You get a lot for your 2,000 Crowns with the Dark Brotherhood DLC, and there is enough new and fresh ideas here to make this, well, not worth KILLING for, but almost.