Tennis is a sport that is better equated to a war of attrition than anything else. Two athletes blistering a ball across the court, trying to get the other off their game until one of them is either outfoxed or is too tired and makes a mistake. With such a thrilling tit for tat, I’ve always found it strange that Mario Tennis has been the best tennis game that’s come out in a long time. Tennis World Tour enters the foray with a ton of tennis greats lending their likeness and promising the best game of this generation. Imagine my dismay then when I ended up playing a half ass game from the previous generation, one that would have been lambasted 5 years ago, let alone today.

Here’s the biggest issue with Tennis World Tour – it isn’t finished. The online components are ‘forthcoming’, there’s no doubles play, and they don’t have the licensing for tournaments unless I’ve just missed the ‘Orca Open’ in Vancouver for all this time. While playing on a different style of court is a major game changer in real life, in Tennis World Tour, it’s really more of an aesthetic change than a gameplay one. Supposedly, there are slight changes to how the ball reacts but it’s not that you’d ever notice with how dreary the controls are.

While it’s easy enough to pick your shot as each button has assigned shot, it’s quite the ordeal to make those shots actually happen. You’re shot choices are regularly undermined by the computer itself, where my choice of a deep lob shot gets overruled for a light backhand. You’re also supposed to be able to direct where you’d like to put the ball to a degree with the D-pad, but I never noticed a difference in any way. Of course, we can’t talk about shoddy controls without talking about response time. Need to be across the court to make a shot? Better already be moving there before the ball moves in your direction or you’ll never get there. The game doesn’t even give an attempt at the shot if it knows you’re not going to make it, so you feel like the match is already decided for you, even while you’re playing it. 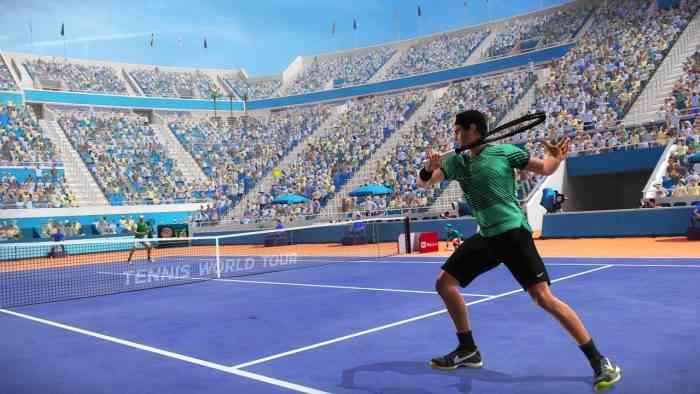 The majority of the game (since I said above the game is only half done) is in a fairly well-done career mode. While the ‘character create’ is a term I use loosely, you get to make your own person and make your way through a circuit. With each month, you get to choose what you’d like to do, whether that be play an exhibition match, in a tournament, or you can train for added benefits in your next game. Of course, you have to be mindful of your money and your fatigue levels, so the month to month becomes a real strategy.

Of course, a well-done mode doesn’t make up for the rest of the shoddy work. Couple everything with what may be the absolute worst commentating I’ve ever heard, and you can’t even get too deep into your career mode before you want to smash the controller off of the wall. 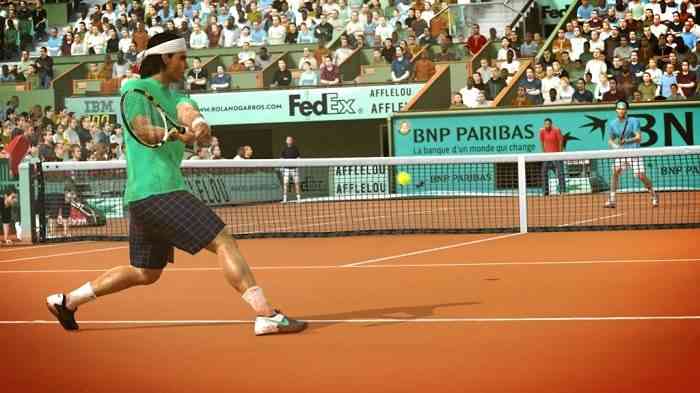 I understand that release windows are a big thing that helps boost sales maximizes exposure. I’m sure that’s the reasoning behind Tennis World Tour’s release in this state because I can’t think of any other reason a developer would willingly release such a debacle. With patches being released to fix the innumerable problems with the game, the elephant in the room should really be addressed. Wouldn’t it have just been smarter to finish the game before release and avoid all of the bad PR? Hopefully, studios will begin to learn from others mistakes and we can avoid releases like this down the line. 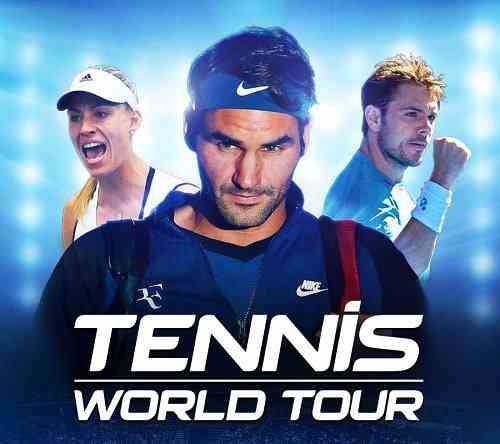 
Lord of the Rings: Gollum Creators Acquired by New Company