Super Lucky’s Tale is the gaming equivalent of bringing a single feather to a pillow fight: in a year where the platformer genre is particularly busy, this game offers little in the way of challenge or imagination. It’s formulaic and painfully simple, with very few memorable moments to separate it from the pack. That’s not to say the game isn’t fun, it’s a neat little adventure with a great art style and cute characters, but it doesn’t blow me away. Super Lucky’s Tale goes through the motions of the platforming genre instead of taking chances or mixing things up, which ultimately makes the experience fun but forgettable.

The story of Super Lucky’s Tale is pretty basic: Lucky tries to save his sister from getting sucked into a world inside of a book, only to get sucked in himself. He must then travel through four different worlds while fighting off the evil Kitty Litter — which is a great name for a pack of nefarious cats, by the way — and collecting Super Clovers. The more Clovers I collect, the farther I can progress. Essentially the stars and moons of Super Mario are the clovers of Super Lucky‘s Tale; get a few more games together and I’ll have a bowl of Lucky Charms.

Super Lucky’s Tale is broken up into four hub worlds, each with smaller stages unlocked by collecting Clovers. There are a total of 99 Clovers to collect throughout these four worlds, and each stage only offers four clovers each under the same drab guidelines: one Clover for the “main mission,” one for a hidden side mission, one for collecting 300 coins, and one for finding the five letters that spell “Lucky.” That’s it. I found all 23 Clovers in the first hub world with only a handful of lost lives — the first of which wasn’t lost until the third stage — and on my first run in each stage. Where’s the challenge in that? How am I supposed to feel engaged when I’m rewarded for 100% completion just by going through the motions?

I had hoped the boss fights would be the moment when the game would test me, but again Super Lucky’s Tale wants to hold my hand. The first boss requires me to strike small enemies in the direction of the big bad, dodging fireballs along the way. At certain points, the giant statue in the background would interrupt the battle and give me more health. In fact, the statue gave me more health than I lost while battling, which sounds insane. It’s like the game is afraid to let me lose despite me being able to stock extra lives like they’re going out of style. The game switches between a pure 2D platformer and a 3D adventure, and while the 2D stages are fine I wish the game had stuck to 3D because those are where Super Lucky‘s Tale shines. Impressively SLT is technically sound in both formats, with colorful worlds pleasing the eye and Lucky’s movements feeling tight and natural. The camera in the 3D stages is a big issue though, as it’s not the full 360-degree camera I’ve come to expect in a game like this. It will only move behind Lucky or 45 degrees in either direction, no more. Obviously, the fixed-camera 2D stages don’t suffer from this, but the problem is no less annoying. I attribute this to be the original Lucky’s Tale being a VR game that didn’t need full camera controls on the controller, but it’s super frustrating not being able to look back where I’d come from to see if I missed anything.

The best part of Lucky‘s Tale is its polish, suffering from very few glitches or bugs in my playthrough. In fact, the only hiccup I encountered was a glitch that somehow made the game even simpler than it’s supposed to be: at one point every collectible that popped onto the screen was immediately collected without me being anywhere near it. I loved it at the time because of course I did, I’d collect everything without breaking a sweat, but in retrospect, I might have enjoyed that stage more if the game didn’t accidentally hold my hand through it.

I liked Super Lucky’s Tale for its cute charm and textbook platforming, I just wished I would have been more challenged throughout the adventure. The lack of difficulty really pulled me out of the adventure, as it’s hard to stay engaged when I know nothing is really going to test me. The easiness isn’t entirely bad, as it means this game can serve as a perfect “first game ever” for the younger folks among us, but seasoned pros of platformers aren’t going to be fulfilled here. Super Lucky‘s Tale is platforming without peril and fun without frustration, which will be both a blessing and a curse for those who jump in. 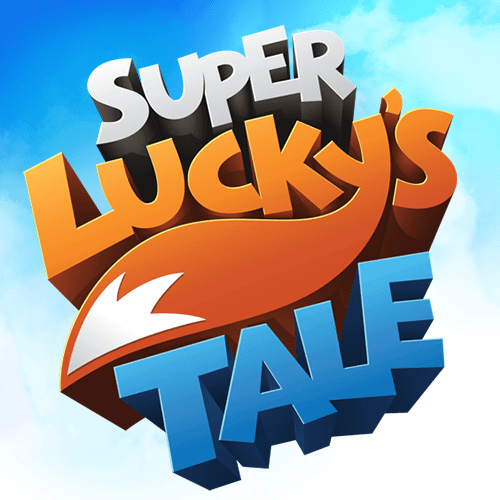 Big Changes Are Coming to the Xbox Game Pass
Next Etrian Odyssey V: Beyond the Myth Review – Familiar Yet Still Fantastic
Previous Xbox One X Review – Ushering in a New Era of True 4K Gaming