I’ll admit, reviewing the “world’s most powerful console” is a bit of an overwhelming experience. It’s the first time I (or any of us) have played on a true 4K gaming console. What could I possibly compare it to? I could stack it up against the PS4 Pro, but would that be fair? Based on specs alone, the Xbox One X has the Pro beat hands down. How about pitting the Xbox One X against a PC rig? Well, that isn’t exactly fair either as pretty much any custom build gaming rig should be able to outperform the Xbox One X. It’s only natural to want to compare the Xbox One X to other gaming units on the market but, to be perfectly honest, Microsoft’s new dream machine is truly in a league of its own. There’s nothing quite like it and it is without question an impressive piece of hardware.

Granted, the specs are easily the biggest draw with the Xbox One X rocking an eight-core CPU overclocked at 2.3GHz, 12GB of GDDR5 memory and 6 Teraflops of power, so it certainly packs a punch. All that power yet one of the things I absolutely loved most about Microsoft’s new beast of a console was the setup. Aside from a day zero update, which takes around 10-15 minutes (depending on your internet speed), setting up your Xbox One X is stupid simple. Before I plugged in my Xbox One X, I saved all my games from my Xbox One S to an external hard drive. As a nice bonus, the Xbox One S also lets you back up your settings to your external hard drive. Once I was done backing everything up and loading my games on the hard drive, all I did was plug my hard drive in the Xbox One X. Within minutes, I was playing my first game.

“There is nothing quite like it and it is without question an impressive piece of hardware.”

As for the look of the console, the Xbox One X design is pretty straightforward. There’s nothing too fancy about this console and it looks nearly identical to the Xbox One S which was released last year. The weight surprised me a little as it is much heavier than I anticipated. Perhaps this speaks to the quality of the components. It’s got a rectangular compact shape and is nowhere near as bulky as the old original Xbox. It is about the same size (maybe slightly smaller) than the Xbox One S and the matte black color ensures the console will look right at home in any entertainment unit. Sure a smaller console would have been ideal but when you consider everything under the hood, the size seems just about right. 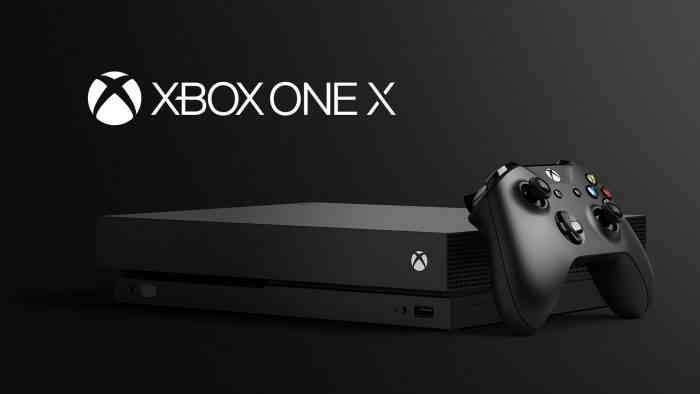 So what exactly is under the hood anyhow? In addition to the already mentioned eight-core CPU clocked at 2.3GHz alongside the 12GB of GDDR5 RAM, it also features a GPU clocked at 1172MHz leaving the console with 6 teraflops of graphical computing power. There is no doubt it’s an impressive console and one that developers should, eventually, flock towards as we inch towards 4K HDR gaming being the norm. The only issue I have with the guts is the 1TB hard drive. When a game like Forza Motorsport 7 takes over a whopping 100GB hard drive space, the included 1TB HD space won’t get it done for long. Sure you can plug in an external like I do, but it would have been nice if the console came in 2TB, just like my Gears of War Xbox One S. Having to plug in an external to a brand new console just seems wrong.

Speaking of things I wish the Xbox One X included, I was disappointed the Elite controller wasn’t included in the box. That being said, the controller that is included is by no means a junker. The included controller has pretty good range and I found it very responsive. It won’t replace my Elite controller anytime soon but it certainly did the job.

So is 4K gaming as amazing as advertised? You better believe it is! You cannot experience true 4K gaming on any other console available, so being able to sit back and play on a 4K TV is an absolute dream. What is also pretty cool is Xbox One X is the only console to support all of the following: 4K streaming, HDR, wide color gamut, Dolby Atmos, 4K Blu-Ray media playback and true 4K gaming. So really, the Xbox One X is more than just a gaming console, it is a full entertainment unit. 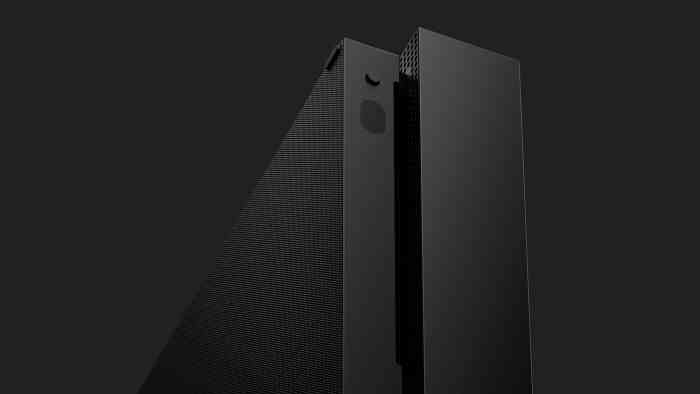 At the time of review, Forza 7 was not available as one of the enhanced titles; however, the Xbox One X enhancements for Gears of War 4 were live. As such, I spent a great deal of time playing the game in 4K. Once I downloaded the update for the game, I was playing Gears of War 4 in true 4K resolution, Wide Color Gamut HDR and Dolby Atmos support. With amazing textures and smooth 60 fps gameplay, Gears of War 4 almost felt like a new experience. The increased draw distances and lighting is the most noticeable difference. You can see almost every pore on Marcus Fenix’s face and the reflections from the puddles on the ground are incredibly life-like. It looks incredibly sharp. Not to mention the sound in Dolby Atmos is crystal clear. You can hear every little grunt and groan in the game.

Another noticeable improvement is the load times. Granted, it isn’t as lightning fast as one would hope. I still had to wait a bit for Madden 18 to load but it does certainly seem faster. With 50% improvement in HDD speed, this also meant my backward compatible games loaded quicker as well.

“If you are looking to upgrade your home console and you’ve got a 4K TV, you really cannot go wrong”

How many times have you bought a new console and none of your old accessories work? That is incredibly frustrating! This isn’t the case with Xbox One X. All your Xbox One accessories will work with the Xbox One X which is a nice plus for those who don’t have extra money in the coffers for a new headset, or controller.

One final thing I should mention before I get into the price is how quiet the console is. My PS4 can sound like a desk fan when I boot it up; however, the Xbox One X is remarkably quiet. Even when I pop a disk in the tray it barely makes a peep. This is certainly a big plus for those who enjoy the quieter things in life.

The one big drawback with the Xbox One X is certainly the price. The lack of 4K exclusives has been well documented and is certainly an issue and no doubt Microsoft really needs to step up their game if they want to put a dent into Sony’s massive lead. So I certainly understand why many will avoid dropping $499.00 USD on a console that doesn’t have a ton of exclusives. Not to mention, you can pick up an Xbox One S or a PS4 Pro for almost half the price. There’s no doubt the Xbox One X is expensive, but when you consider what it’s revving under the hood and the fact you are getting the most powerful console on the market, Microsoft’s new console is a decent value.

If you are looking to upgrade your home console and you’ve got a 4K TV, you really cannot go wrong by picking up the most powerful console available in the market right now. It’s a superior package and one that should usher in a new era of 4K gaming. You might be better served to wait if you haven’t picked up a 4K TV yet as the PS4 Pro and Xbox One S remain rock solid consoles that cost you nearly half the price of the Xbox One X. That being said, if life-like detail, uncompromised power, better textures and smoother gameplay is something you’re after, the Xbox One X is undoubtedly your best bang for the buck.

**The Xbox One X was provided by Microsoft Canada**