Street Fighter V: Arcade Edition Review – The Incredible Game We Should Have Got 2-Years Ago

The Arcade Edition Completes The Puzzle

I’ve been playing Street Fighter since I was five years old, the SNES version of vanilla Street Fighter II being a huge gateway into all video games. Every new release brings me excitement…until Street Fighter V’s limited launch two years ago left a bad impression. Too many things I’d become used to were gone, leaving me and many others yearning for more. Street Fighter V: Arcade Edition answers those prayers, finally feeling like SFV is a complete product.

First-time buyers of Street Fighter V with Arcade Edition gain access to all twelve DLC characters from Seasons 1 and 2, boosting the roster to a healthy 28 characters from the core 16. These 28 range from old favorites like Ryu and Zangief to brand new and unique entries like Menat the orb-wielder and Rashid of the Turbulent Wind. Each characters with its own mini story mode and combo challenges, giving me ample opportunity to learn each of their foibles and I appreciate that.

“Street Fighter V: Arcade Edition has reignited my love for the franchise, and the future of SFV shines even brighter.”

One of those foibles is a second V-Trigger, a buff that changes the character’s playstyle temporarily. Akuma’s V-Trigger II, for example, allows him to chain powerful special moves without burning meter, whereas his first one just powered up a few of his moves. There are pros and cons to each V-Trigger that really dig into the strategic elements of the game, and I love being able to experiment with different abilities and combos until I find my favorite strategy. It’s the best part of any Street Fighter, really.

Unfortunately, previous SFV owners still need to buy the Season Passes, which addresses one of the game’s biggest issues: previous DLC that remains locked behind a paywall. Offering the twelve DLC characters to new players is great, but why should the players that bought in day one get shafted? Furthermore, all DLC stages remain as paid DLC despite being able to play on some of them during Arcade Mode. You don’t think I noticed fighting Balrog in his casino stage during the SFII path even though I don’t own it? Not cool. The biggest addition outside of the roster is the Arcade Mode, a mode which frankly should have never been left out in the first place. This Arcade Mode lets me travel six different paths: one for each of the core Street Fighter games and one for the Alpha series. These branches only let me choose from characters from those games, but each includes remixed music before and after matches that really hit on the nostalgia factor.

I love this approach to Arcade Mode. Each one is brilliant for its own reasons, from Street Fighter’s severely limited roster to the classic SFII character selection music. I feel like I’m a child again, playing the old games that brought me so much joy back in the good ol’ days. Of course, included in that old-school vibe is rage-inducing final bosses that are cheaper than cheap, but I wouldn’t have it any other way. The other big new mode is Extra Battle, a timed event-style challenge that costs in-game currency to attempt. The first two are interesting: a one-round throwdown with Shin Akuma (three-word review: screw that guy) and the first of a four-week set where players can earn a Viewtiful Joe costume for Rashid. The latter is easier, which is good considering it’s for a cool costume, but I worry that with each week will come increased difficulty. At least Extra Battle is fun and definitely a worthy addition to the game…even if I sometimes want to pull my hair out.

Despite how much fun I’m having with the new modes and fighters, there’s a nagging feeling in the back of my head like I’ve been had. When I take a step back and look at the history of Street Fighter V to now, it’s almost as if Capcom tried some sort of unconventional approach to Steam’s Early Access program without calling it Early Access. It released the game in 2016 as a shell of what it is now, introducing more DLC and free updates as time went on until finally, Arcade Edition heralded a massive patch of things that should have been included in the beginning. Perhaps I’m overthinking things, but I really wish I didn’t have that slight sour taste in my mouth. 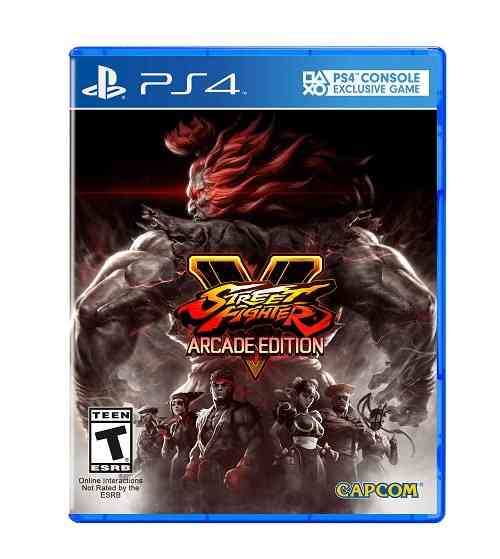