When you first find yourself in the world of Bedlam, something seems oddly familiar. Not glaringly obvious, but as you continue on through the game, I realized it was because Skyshine’s Bedlam struck me as what would happen if you made Fallout in the Mad Max universe. Bedlam is a grueling turn based game with some rouge-esque aspects thrown in for good measure that is very reminiscent of the first Fallout forays. Combine that with you driving a dozer through a post-apocalyptic wasteland as various factions try to bring down your dozer for King Viscera and you can see where I made my comparisons. While Bedlam is a little rough, it’s still a fun experience – if you can get through it.

The basis of the game is you, the Mechanic, take your rolling fortress Dozer across the wastes known as Bedlam looking for the mythic land of Aztec City. Bedlam, however, is ruled by King Viscera and is also populated by mutants, ravagers, cyborgs and all sorts of other dangers that will prevent you from reaching your goal. You also need to manage your oil (crude), meat (food) and power consumption to ensure your Dozer can continue the journey. You make your way through Bedlam via a map that brings up various locations for you to visit, but following certain paths make others impossible to go down unless you double back. Which I don’t recommend.

While your goal is to reach Aztec City, you also have the secondary goal of slaying King Viscera (which they only tell you when you reach Aztec City mind you). You’re shown how interested Viscera is in your Dozer by a meter that ranges from Low to Bedlam. This grows the longer you’re in Bedlam and the higher it gets, the harder battles get. Suffice it to say, you want to find Aztec City before that meter reaches Bedlam.

The battles are the real meat and potatoes of the game as all of the dialogue and interactions are text based and all your travelling consists of a 2D Dozer rolling through a wasteland. If you’ve ever played the first couple of Fallout games, you know how to play Bedlam. Your four classes of fighter are Deadeye’s (snipers), Trenchers (shotguns), Gunslinger (machine guns) and Frontliner (Close Combat) and they are the only thing that can help you accrue the resources you desperately need. Fight off bandits, vicious cyborgs and horrible mutants using your team of fighters and collect the rewards for a job well done. They will level up the more often they kill which makes them way more powerful, but good luck keeping them alive. Your Dozer can also upgrade its weapons for you to deploy in battle and can improve on the rate you consume resources. All of this is very succinctly explained in a rather efficient tutorial on the menu screen.

“The battles are the real meat and potatoes of the game as all of the dialogue and interactions are text based and all your travelling consists of a 2D Dozer rolling through a wasteland.”

The combat system itself is tactical and punishingly difficult. The deeper you get into Bedlam, the harder the battles become. When your meter reaches certain levels, you can battle a hero class character that will join your expedition, if you can defeat him. The combat is very engaging but also very frustrating as you are almost always outnumbered and it is extremely difficult to keep your fighters alive. Even those hero class characters aren’t much use to you when you’re out of power cells and are down two fighters.

One of the big benefits of the game is that a run through usually only takes about a half hour. By that time, you’ve either reached Aztec City or you’re dead. It was also relentlessly challenging in the way that you can never seem to do everything right. You either had lots of resources and lost multiple fighters every battle or vice versa. Or, in the off time that you might be doing well in both capacities, you’ll get stuck on the map and have to backtrack, which is certain death. A few of the detractors from the game are immediately obvious. The game relies heavily on you wanting to read a lot of information. As I said above, all of your interactions are text based and all of the information about your fighters are in their bios. All of it is very in-depth don’t get me wrong, but I just couldn’t be bothered to read 20 something information cards about characters that will absolutely die the next time you get in a scrap. The other thing that really irked me was the map layout. You have zero control of where you end up. Sure, you get to pick which direction you go, but 90% of the time that ended up bringing me in a circle and forcing me to backtrack in a circle until I died. Given that I can’t just go where I please, it was particularly irritating when they mocked you for it. The other glaring problem I had with this one is the ending, or rather, the lack thereof. You can get to Aztec City and then it’s like ‘hey, you’re here’ and that’s that. It was a real let down for how gruelling the journey was, to be honest. It was also a real slap in the face when they told me I really should’ve killed Viscera on my way there, especially given the fact that in 2 dozen or so run throughs, I’ve never encountered him.

A personal note here, as the Bedlam level of difficulty is just insane as all the rules of the other two difficulties seem to be thrown out, just to screw with you. If you can make it through on Bedlam difficulty, you’re a far better gamer than I. Overall, if you’re in to punishing yourself with some turn based violence, than Skyshine’s Bedlam is for you. It’s not exactly polished and it still needs a little work, but it’s definitely a worthwhile game. I’m not one for brutally difficult games as I like to rip through them and feel pride about my gaming prowess, so extreme difficulty is not my cup of tea. However, there’s something that keeps drawing me back to Bedlam. Something akin to spite. Because no matter how many times that game purposely screwed me, I’m fairly certain that next time I’ll be able to overcome all obstacles and win even though it’s statistically proven I won’t. It’s not very often that happens to me, so I chalk that up as a win for Skyshine! 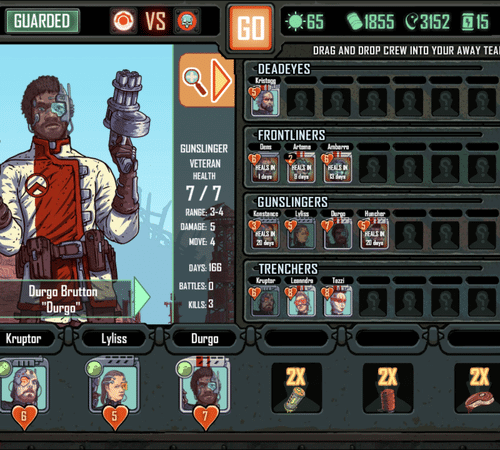 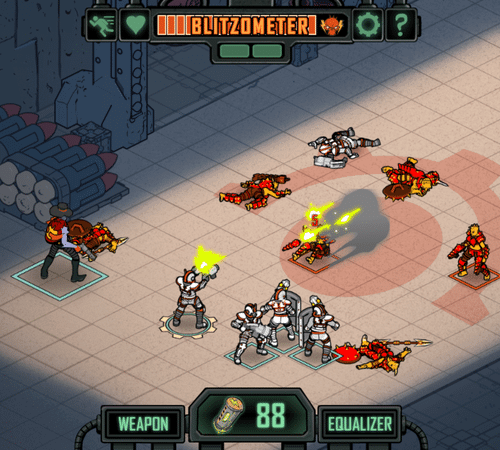 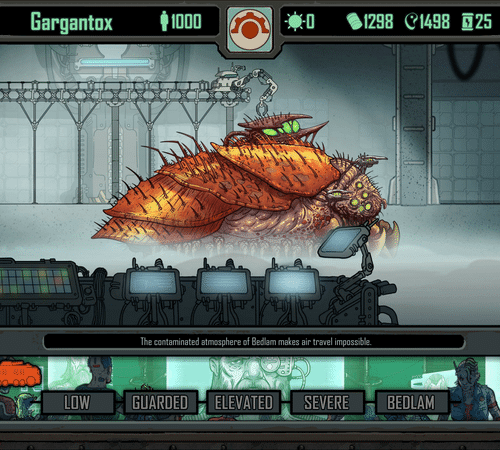 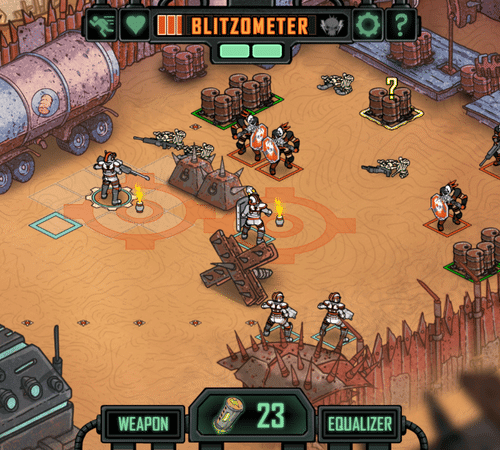 • Engaging combat system
• Will remind you Fallout
• A rewarding experience

• Punishing combat system
• A little too difficult
• Could use some polish 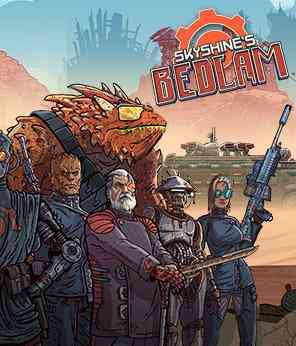 
Vault 94 Being Removed From Fallout 76

Fallout 76 Players Are Now Making Real World Money For In-Game Jobs
Next Pumped BMX+ Review – This Mobile to Console Port has a Flat Tire
Previous Destiny: The Taken King Review – This is the Game Fans Have Been Waiting For