Redeemer Review – Not Quite The Modern Day Brawler We Hoped For

When looking for a bit of action, a brawler can always be counted on to deliver. Hands, fists, and weapons all flying in a murderous wave of the old ultra-violence is a time honored tradition for the brawler/beat ’em up genre. So when I saw Sobaka Studio’s tagline for Redeemer as a “brawler for those who love brawlers and have been waiting for a modern take on the genre” I was immediately interested.

Let’s start with the classic ingredients to a brawler, the instruments of carnage. Punches and kicks? A wide variety of weapons with limited durability? Lots of peons and overgrown meat bags to target? Check, check and check, all the classic elements are here. So what are those modern elements? The top down orientation of Redeemer provides the opportunity to add in both stealth and environmental kills. In case you are wondering what exactly the environmental kills entail, they comprise of things like, smashing an enemies skull into a stone pillar or slinging them onto a conveniently placed table saw.

The instruments of death; however, are only as good as the combat system itself. The combat employs a few more tricks than those of old. Yes, there is normal punching and kicking but the real additions are the block/parry system and the disarm-or-dismember system. Unfortunately, these were the two things I felt least compelled to use while playing.

“Once the flash of executions, environment kills and the occasional stealth kill wear off, dispatching enemies becomes a chore.”

So why didn’t I block or disarm-or-dismember much? The lack of blocking was really two pronged. First, there is an option to dodge/roll, something that has become pretty ubiquitous in more modern games as opposed to blocking. Second, preference towards that maneuver over the block really came down to button placement. With an Xbox style controller, the roll button was mapped to A and the block to the LB button. In general, the LB button would be the very last button I would press due to its placement. So there is attack incoming and 2 ways to deal with it, instinctively my fingers are going to gravitate towards the action mapped to the face buttons. Thumb presses are almost reflex while moving my left index finger up to find the LB button still requires a slight bit of thought and when the action needs to happen right now, I don’t want even the slightest delay. Of course, this could be solved by remapping the controls and although it seemed as though I could do this, I wasn’t actually able to.

The disarm-or-dismember didn’t see much use either but for slightly different reasons. Again the roll does well to dodge the incoming fire and close the distance. Once up close the firearms weren’t much of a threat as punching or kicking someone in the face seems to impede their ability to fire at you, which makes sense. Besides, why rip it from their hands when they’ll just drop it once they are dead anyway. The dismemberment option did get some use though. When out of weapons it is fun to rip a mutants arms out of their socket and beat them and others with it. The effectiveness of which was questionable in comparison to my own arms and legs. Given the same stopping power, it just adds an unnecessary step to the process of eliminating your foes. It was fun a few times but ultimately seemed pointless. 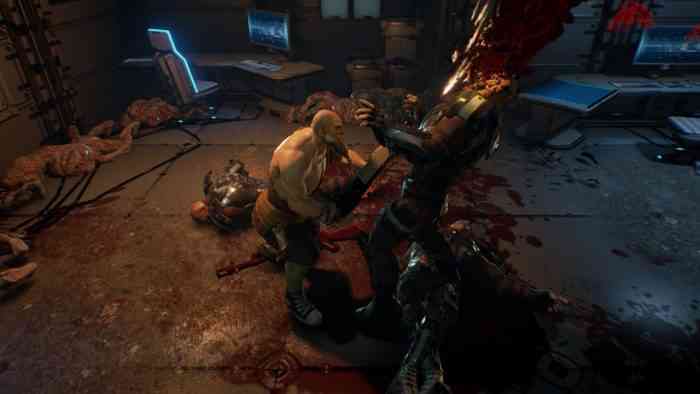 While using someone’s own arm as a weapon is one option, there was no shortage of other toys to be found. Knives, stun sticks, metal pipes, wrenches and the like are littered about. Their durability is quite limited but they are effective none the less. As enemies are about to die there is an option to execute them. The wide array of weapons also leads to a variety of different and unique executions. It’s just a bit of eye candy though and be warned, getting hit and killed while pulling it off is possible. Killing enemies restore health in Redeemer but getting killed while trying to be showy is embarrassing.

A good brawler has to work really hard to not make the hordes of enemies feel tedious. The top down orientation and level layouts do a decent job of varying things up in a way a classic side scroller doesn’t. That only lasts so long though. Once the flash of executions, environment kills and the occasional stealth kill wear off, dispatching enemies becomes a chore. The weakest enemies just start to feel annoying. The heavy enemies are just meat bags, still plenty dangerous, but without any ammo to sap their health it became extremely tedious encounters. 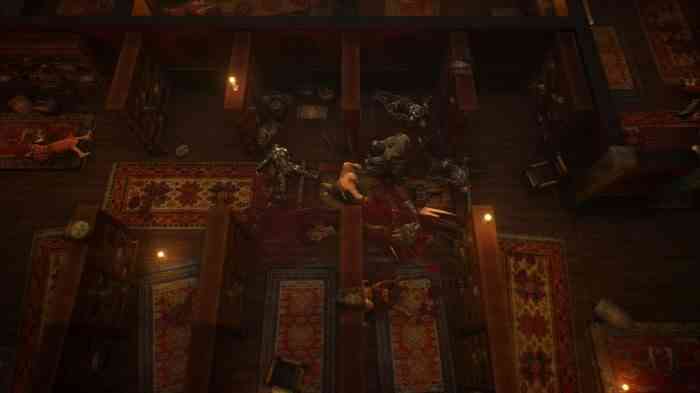 Close to the halfway point the enemies were starting to wearing thin on me. Things didn’t feel so much a challenge as they did a test of endurance. The first boss fight is a prime example. The strategy was simple, but it was required to be repeated countless times. Roll in, do a quick attack or two and roll back out to safety, wait for the boss to attack and repeat the process over and over and over. I understand that is part of the classic brawler formula but it’s one that really could use that modernization. In an arcade a big guy soaking up damage while dishing out massive amounts on his own eats up quarters. Screw up and it’ll cost another quarter to continue the assault from the same place with the same damage already done, here however it sends you back to the last check point to start anew again. That alone only exacerbates the feeling of tedium as you rack up the hours of game time.

Redeemer aims to deliver a modern take on the brawler genre and in some ways, it does that. Yet, I couldn’t shake the feeling that the game was merely a variation of the combat from Batman: Arkham Asylum. There are combo’s, counters and stealth elements all blended into an action game but it all seems dated. Redeemer just feels slightly displaced in time. It’s an ok game now, but had it come out a few years back it would have seemed a little more fresh and modern. 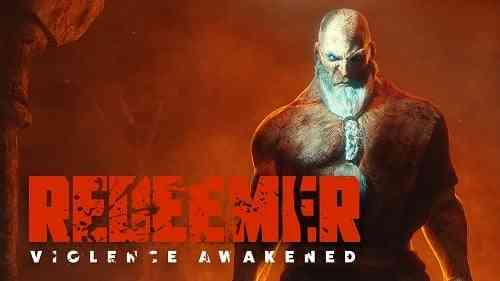