Celebration is part of why Rare Replay exists. Even before the gaming industry became a multimillion-dollar battleground where five million copies sold can be considered a “failure”, many studios were periodically kicked to the curb.  From 38 Studios to Zipper Interactive, Bullfrog to Eurocom, the fact that Rare has managed to survive thirty years and six console generations is pretty astounding. The thing is, I can’t help but feel a little cynical and believe that while part of the reason for this game’s existence is to celebrate, the real reason is to jump on a bandwagon.

Remasters and re-releases are more common than superheroes; in-fact, two were just reviewed on this very website within a single week. With the exception of Gears of War: Ultimate Edition, it seems that Microsoft have ordered their game studios to attempt going all out with their re-releases. 2014 saw the release of the Master Chief Collection, four games for sixty bucks. Now, the once beloved game studio Rare are packing “30 Games for 30 Bucks.”  Honestly, at this rate, Nintendo are likely to show up at E3 2016 with Pokemon: Ultimate Master HD as a free-to-play.

Regardless, it’s impossible to say that “30 Games for 30 Bucks” does not sound tempting. Rare is a developer that existed during gaming’s “golden age” where innovation and fun ruled supreme.  One thing I should say from the outset is that I did not grow up with Rare as kid. Back then I only cared about racing games on my dad’s Playstation, and while every friend near my house had a Nintendo 64, we weren’t allowed to play shooters like Goldeneye and Perfect Dark. Until picking up this collection, the only Rare titles that I ever played were the both Perfect Dark’s on the Xbox 360, Goldeneye and about ten minutes of Viva Piñata. Rare Replay sells a great first impression in the form of the musical introduction; catchy lyrics pertaining to every game available in the collection. It does an excellent job of showcasing Rare’s unique quality: Charm. Upon entering the main menu, you are given the choice of selecting a game, watching bonus content or selecting “snapshots”, more on that later. The game’s selection list is presented horizontally either by year of release or alphabetical. Upon selecting a game, you are treated to a more detailed menu, complete with themed backgrounds and a new rendition of the selected game’s music.

Sixteen out of the thirty games included in Rare Replay are pre-1995. Needless to say, these games were conceived during a time when popstars sang with animated cats, cocaine was rampant, and “Casuals” were a word for describing pants. Thankfully, Rare very intelligently included “cheats” for older games in the collection to allow for things such as a rewind feature to correct any mistakes, and unlimited lives and saves. They’ve even included an old school display mode, that imitates old CRT monitors and wood paneled Television sets. Retro nuts will LOVE this.

Nostalgia is the name of the game, and it’s surprising which titles in Rare Replay have stood the test of time. However, this is where we run into the main problem with Rare Replay, it feels rather schizophrenic. Adding new features to older games for accessibility suggests that Rare isn’t afraid to make additions, however, most games in this collection are straight ports that have not been improved graphically or technically. This results in seeing ditches in framerate from 1984’s Nightlore to 1999’s Jet Force Gemini. Rare has said that they wanted to keep the games as close to the originals as possible, for fans. However, remastered versions of Perfect Dark and Grabbed by the Ghoulies that run at 1080p/60fps, seem to contradict this. While I don’t have any proof, I do have suspicions that Rare originally planned to remaster most games in this collection before realizing they didn’t the time and/or budget.

“…the thirty dollar price tag will give you a lot more if you’re a long running fan, and a retro game nut of course, with the ability to go back to a time when innocence remained, Garbage was a relevant band, and Rare made games.”

Suggestions that the collection was rushed to the shelves is also evident by the fact that nine games are not in the Rare Replay files, instead, they’re Xbox 360 games ported over through the backward compatibility emulator on the Xbox One. As a result, instead of booting up instantly like every other game in this collection, it takes you out of Rare Replay, starts the Xbox 360 game you selected, waits for the 360 logo to play, and then begins the game. The fact that these are just 360 games running on backwards compatibility means performance on some of these games is just as poor if not worse than they were at launch.  Perfect Dark Zero and Banjo Kazooie Nuts and Bolts are near unplayable in their current state, with framerates often dropping into single digits. This also means that remasters of Perfect Dark and Grabbed by the Ghoulies run better and have a higher resolution than games released years after both. I normally don’t care about resolution or framerates, but the lack of consistency in the games presented during Rare’s third decade is frustrating, jarring, and tedious to load.

The final part of Rare Replay – gameplay wise – are “snapshots”, challenges and alterations made to older games in Rare’s collection. Taking cues from the Master Chief Collection, they also feature playlists that cater to your preference in gameplay. Unfortunately, the challenges are not very interesting, with things such as collect thirty stars in four laps on R.C. Pro Am, they also do not extend to games post-1995 in the collection. This is most likely due the unaltered Xbox 360 and XBLA games.

Fans are bound to have some complaints with which games have been excluded from the bundle, some of them absent due to licences with Nintendo and James Bond, but there are a few legitimate gripes. Both Viva Piñata games are included, even though its sequel, Trouble in Paradise, is essentially the same with new content and features. Jetpac is included in the collection – one of the best actually – along with the Jetpack Refuelled XBLA game, but Jetpac Refuelled comes with the original game, so Rare has essentially packed in the same game twice. The lack of enhancements to most games, also means there are many aspects of certain titles haven’t aged very well. Every N64 game, with the exception of the remastered Perfect Dark, suffers from imprecise camera controls that negatively affect gameplay in platformers. Unlockable documentary footage of Rare and the development team, and the lure of 10,000 achievement points for completionists is the all that’s left. The former is likely to appear on YouTube within days and the latter is aimed at a certain audience I’m not a part of.

The late 1990’s was a time when all the seeds of what is now the modern gaming industry has become. PC, PlayStation, N64, and even the Dreamcast, all had games that would pave the way for what games were to become. As someone who did not grow up with Rare Ltd during my childhood, I can safely say the one thing that is unique to this developer is indeed their charm. Gaming has tried, superficially, to become mature, hard-boiled, and serious. During a time when so many titles pathetically try to take themselves seriously, it’s refreshing to play games from a studio who tried their hardest to make you laugh and have fun. Sometimes it doesn’t work, but that’s the beauty of Rare, they weren’t afraid to try new things. They tackled everything from destruction puzzle games to 2D fighters, for that, I have endless respect for them.

This doesn’t change my opinion that some games in this collection have aged more like milk than wine, and that Rare could’ve done better in creating this bundle for new and returning players. I do not hold them to blame though, Rare Replay showcases a passion and love for games, I suspect that just like Master Chief Collection, an arbitrary “Anniversary” like deadline prevented this team from doing more. 30 dollars admittedly does give you a ton of content, and much cheaper than buying each of these games individually, with some of them being unavailable on EBay due to their rarity, no pun intended. However, the thirty dollar price tag will give you a lot more if you’re a long running fan, and a retro game nut of course, with the ability to go back to a time when innocence remained, Garbage was a relevant band, and Rare made games. 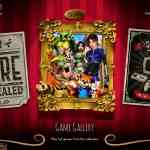 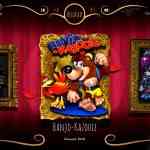 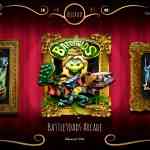 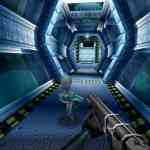 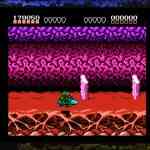 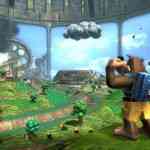 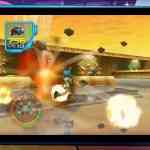 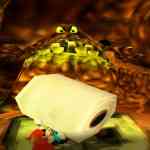 Next Sorcerer King Review – Stardock’s Turn Based Game Is Pricey But Worth Every Penny
Previous Life is Strange: Episode 4 – The Dark Room Review – And You Thought It Couldn’t Get Any Better