This 4X turn-based strategy game from Stardock is a creatively unique newcomer to the genre. Sorcerer King has all of the bells and whistles you would expect from a good TBS, but it also plays like an RPG. Much like in many others in the genre, you are tasked with creating a sustainable and lucrative kingdom. What you build and when you build it plays a significant role in the telling of the story. The spin on this particular story is that there is an impending doom lurking in the shadows of this monumentally pleasing game – Sorcerer King, aka (Mildred).

I was extremely impressed with the introduction that looked every bit as good as any cinematic sequence in the best games on the market. The story brings you into a post-war world where you embark on adventures to gain experience, gather materials and items and most importantly, build your cities in preparation to defeat the Sorcerer King before he casts the Spell of Making. At the top of the game screen, a doomsday meter is always present to continually remind you how much time you have left to destroy the King before he ends the world. There are several tasks, events and rewards along the way that will either increase or decrease the doomsday meter.

Materials are accumulated to use for an extensive crafting system where you can forge anything from simple healing potions to powerful weapons laden with magic. When you take on other armies, monsters or groups of travelling looters, you are positioned on the typical “checkerboard” battleground and the turn-based engagement begins. You can choose to fight the battle manually, turn for turn, or opt to have the battle auto-resolved to save time. The number of spells available for you to learn are plenty and really very cool. You can cast spells of protection for the more vulnerable units in your army, a host of strategic and tactical spells and, of course, wicked offensive spells that are not only graphically awesome, but also serve up some serious whoop-ass.

“The artwork and graphic design of Sorcerer King are top shelf and get better as you progress through the story.”

The artwork and graphic design of Sorcerer King are top shelf and get better as you progress through the story. The map has a smooth scrolling engine complete with full zoom in and out capability and the detail in the land, characters, structures and monsters is so nice, I found many occasions where I wanted to explore around without playing the game as much as admiring the art. The audio effects and music in the game are also really sweet and accompany the flow of gameplay beautifully.

At varying intervals during play, you will be visited by the King, who will offer you assistance with a city or even free items, in exchange for a favour. I never took him up on any of his offerings, assuming there would be some negative consequence attached, like a sizeable increase in the doomsday meter. As with the many sorted adventure tasks in the game, you also have the option to decline the King of any engagement. It didn’t make a lot of sense to me to enter into any kind of arrangement with the main antagonist who is threatening to destroy the world and everything in it. 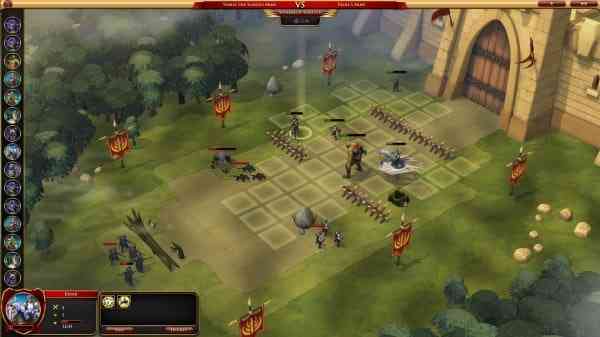 Building your cities well is vital to the success of your mission. You must build efficiently and swiftly in order to beat the doomsday counter and ultimately, the Sorcerer himself. I was a little bit ticked to discover that the process of building had to be done manually for every turn, rather than being able to add these tasks to a queue and have them taken care of without distracting you from moving your units around and doing battle. The queue system is a key feature in many other games of this genre and it really does improve the flow of gameplay. Why it was omitted in this title is perplexing and truly kind of a drag. It’s one of two reasons I couldn’t with good conscience score it higher. The other reason being the over forty-dollar price range. I think it would be worth every penny of $30, but $44? Really? Come on, guys!

There are six hero classes to choose from on the outset of your adventure and you can also play varying map sizes for short or longer campaigns. The classes come along with different skill sets and dictates the type of army you will begin with. Another handy feature is the ability to customize your initial army if you are not happy with the predetermined one. As your hero gains experience, you are given unlock choices for new abilities and stronger attributes. Sorcerer King seeks to destroy elemental shards that are randomly placed around the map, which will increase his power. You must try to capture and build on as many of these shards as possible to collect the mana needed for magic and building your cities. The race is on and the challenge is dire!

Overall, Sorcerer King is triumph in the genre and I thoroughly enjoy playing it. It’s one of those games where you could sit down to play for an hour after dinner, and before you know it, it’s two in the morning or maybe even time to go to work. I typically would have overlooked a game like this as it isn’t a genre I’ve been fond of in the past few years. I’m glad I pounced on the opportunity to review this game because the journey was enjoyable to the end. Sure, Sorcerer King has a few annoyances but these issues do not hold the experience back. Well done, Stardock! 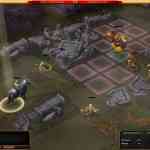 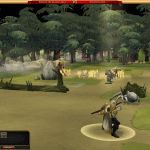 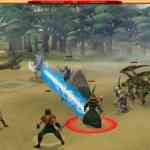 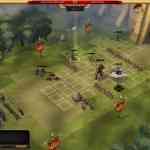 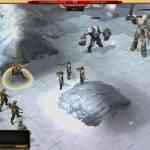 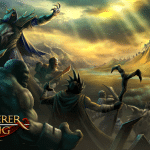