Planet of the Eyes Review – Short and Sweet

Planet of the Eyes Review

If you’ve got some money to burn and are searching for a story-driven puzzle-platformer, look no further. Planet of the Eyes is now on console, and it brings just the right level of challenge to pause you occasionally on your way to success. The puzzles are fun and the art style is beautiful, but is it worth its price tag?

The fact is, Planet of the Eyes is not going to take you more than two hours unless you really get stumped several times. For about ten dollars, you’re not getting a ton of entertainment. However, for those not living a frugal life, this is absolutely worth what little time and money you need to invest. It’s a fun journey that’s worth experiencing.

You play as a robot, navigating through a two-dimensional landscape that is falling apart. Collect audio logs as you travel to learn the story of this world and yourself, and maybe get some insight into your creator. The voice acting is surprisingly good and quite compelling, urging you forward on your mission. It’s gravelly and defeated, reflecting perfectly on the surrounding environments.

“Lots of solid colors with a great level of detail and layers of foreground, midground, and background.”

Controls are limited to jumping, grabbing, and moving forward or back. I should note that you can dance, and while it doesn’t do anything mechanically, it’s a fun animation that juxtaposes the robot against his crumbling world. Movement feels a bit floaty and takes getting used to, but it works just fine. Some of the jumps can be tough, but none feel like you need absolutely perfect timing to nail.

Visually, Planet of the Eyes is fantastic. Lots of solid colors with a great level of detail and layers of foreground, midground, and background. From start to finish, even as you move through different landscapes and environments, it looks polished and fitting. I never got lost in effects or during puzzles, and the camera kept a good pace when moving through the scene. There were a couple times where certain surfaces looked like they shared the same plane as me, but the checkpoint system made me unafraid to test them out. 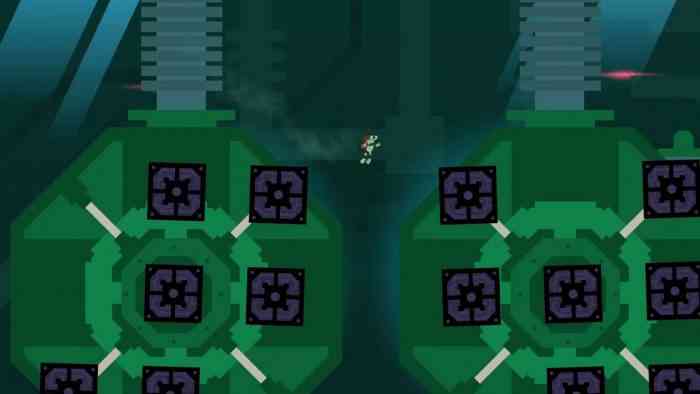 Therein lies the greatest part of Planet of the Eyes: the checkpoint system. Personally, I never mind trying something over and over, like a difficult jump or a tough fight. However, the moment I have to watch a cutscene or wade through even a minute of simple gameplay before getting to where I last died, it becomes frustrating. Add in long loading times, and there’s a good chance many people won’t make it that far. Thankfully, Planet has checkpoints galore! Many jumps or puzzles have checkpoints right before them, so feel free to experiment with the surroundings to your heart’s content.

“There’s definitely room for a sequel, but I’m not holding my breath.”

Despite all this, it’s still hard to recommend Planet of the Eyes to anyone without extra cash to burn. It’s cheap, but there is almost zero replayability unless you missed an achievement. The majority if not all of the audio logs are in plain sight, and you just go left to right while jumping and completing simple puzzles. This game is only going to take you two hours max to finish, and most can probably do it in less than that. It’s too bad because everything looks and feels polished, the world is interesting, and the hero is a fun concept. There’s definitely room for a sequel, but I’m not holding my breath.

If there’s a sale or you’re really into these experiential games, then Planet of the Eyes is absolutely worth a shot. It’s a great way to kill a couple hours and relax during your time off, especially if you’re a much more casual gamer. Otherwise, you won’t be missing much if you pick up something that gives you a bit more bang for your buck.\ 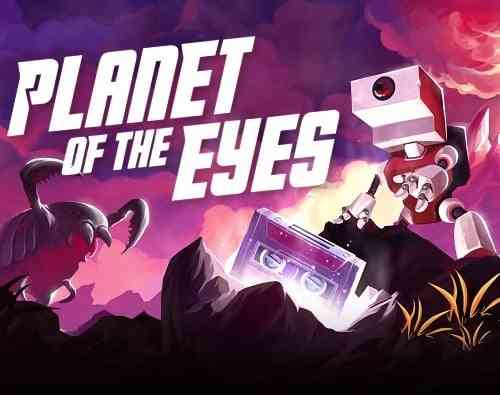