I’ll be honest I probably wouldn’t have picked up Overlord: Fellowship of Evil as I wasn’t a super fan of the original Overlord game when it came out. It was only after one of our esteemed editors touted the new installment as having a Diablo type gaming experience that it piqued my interest and I decided to give Overlord: Fellowship of Evil a shot.

The game starts off as many others, having you begin by choosing your character class. The classes are broken up into two groups, your melee fighters that are right in the middle of the fray or missile fighters that either use magic or a bow to keep enemies at a distance. Typically, I like to be in the thick of things so I picked a dwarven fighter who has the ability to double wield a set of axes.

The game does scream Diablo-esque which isn’t necessarily a bad thing if done well, but unfortunately the development team missed the mark. Even in the first tutorial level there were issues. I would often get stuck in barriers or even the edges of the game. Sometimes, I could use my minions to break the barriers but when stuck on the edges of the level, restarting the level was the only option. Suffice to say, this was frustrating to no end. On top of that the graphics are quite sub-par when compared to games of this generation. Slow loading areas, frame rates dropping and gameplay becoming sluggish when you summon a batch of minions added to the lackluster experience.

“Slow loading areas, frame rates dropping and gameplay becoming sluggish when you summon a batch of minions added to the lackluster experience.”

Sound effects and music aren’t that much better but their downfalls are not as glaringly obvious as the graphics. Of course you got your basic stuff like explosions, enemies yelling at you, minions cackling with glee and some appropriate yet boring music in the background.

I remember being able to control all the minions in the previous Overlord but this title works a little differently. Now you can only summon different types of minions that mostly only do the specific jobs that their color indicates. For example, blue minions are healers, yellow are your bodyguards and reds are savage little buggers who just rip things apart. Other than their main job, the only other thing minions are good for is accessing switches to advance to the next area. You can earn currency in the game that will allow you to upgrade your minions or change them up cosmetically. These cosmetic upgrades have little to no effect on the overall gameplay and I often wished the abilities of the minions were simply added into my Overlord.  I guess if that were so it would defeat the whole premise of the game. 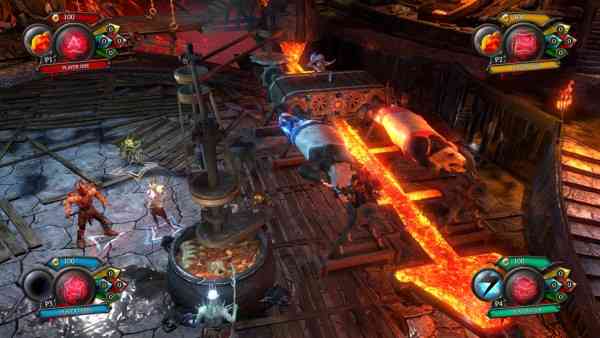 As an Overlord you have a basic attack, a heavy attack and a special attack and those don’t change at all as you progress through the game. No magic, healing or even an additional attack to add some variety. Typically in a dungeon crawler like this, you have more abilities as the “hero”. In Overlord: Fellowship of Evil, your abilities are replaced by your minions that have no intelligence at all and have very little effect on the outcome or success in the game.

The weapon choices throughout the game are much like the minions – useless. Sure you can get weapons with vampirism that gets you a bit of health back each time you attack but it will not change the tide of the battle.  This title is a button masher and takes no gaming prowess to successfully progress through the game.  The gameplay can be described as attack, loot, repeat. On occasion you might get a “boss” which offers no challenge at all to the formula as the bosses are more health sponges than something new and challenging for players.

At first glance the campaign actually looks fairly robust with a prologue and three acts to play through. Unfortunately, as you quickly get into the levels the long campaign is more like repetitive torture. Overlord: Fellowship of Evil had the potential to be great especially with the direction of the Diablo-eqsue style game play. Sadly, the lack of polish in the presentation and unintriguing gameplay made for a hot mess and is a definite pass for any gamer, fan of the series or not. 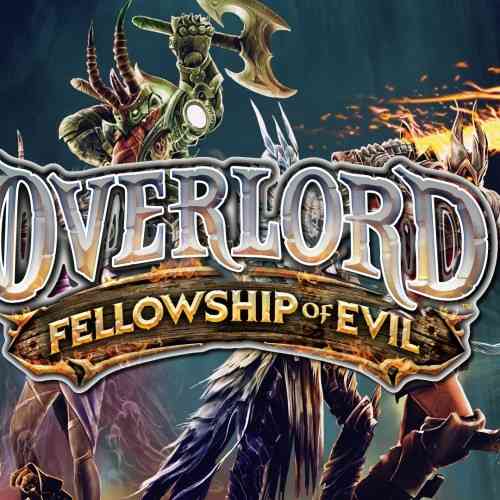