Mortal Kombat X Review – Gruesome, Gory and Worthy of All the Pre-Release Hype

There are only a small number of video game franchises that strike me with nostalgia and Mortal Kombat is certainly one of them. Picking up the controller I am almost instantly transported back to my 14 year old self. I’m in a dark arcade mercilessly yelling ‘FINISH HIM!’ while watching Scorpion set my opponents ablaze and revelling in the pixelated gore taking place on screen. In all the years since and with all the iterations of NetherRealm’s fighting juggernaut one thing has always remained constant; I suck at fighting games. Mortal Kombat X marks the triumphant return of the franchise and its debut on current gen consoles. Hype for MKX was at full speed in the year or so before its release and refreshingly the hype was well deserved. Sadly my one constant is still there as I’m no king of combos but MKX is easily the best the Mortal Kombat franchise has seen yet and stands out as one of the best fighting games in years.

If you’re a fan of MK at all you’ll no doubt know that the franchise went off track a bit after its first few entries. Fans always looked forward to the next game in the series but many time felt let down by the final product. When MK9 was released it seemed like Ed Boon and company went back to the drawing board a bit and came back with a fresh take on what had become a stale offering at best. Four years later and MKX is bloodier and more brutal than anything seen before it and it capitalizes on what MK9 did right (sweet, sweet x-ray attacks) and expands on what was offered as well. 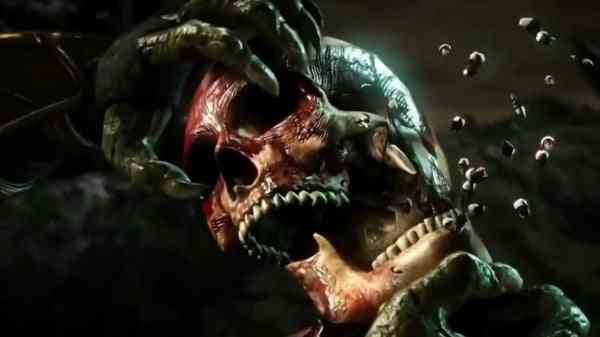 “I’m no king of combos but MKX is easily the best the Mortal Kombat franchise has seen yet and stands out as one of the best fighting games in years.”

The most apparent addition is obviously the new fighters and there are quite a few. Standouts include Cassie Cage, D’Vorah and Ferra/Tor. Kotal Khan looks cool as hell, being Outworld’s version of Ra, God of the Sun, but seemed to me to be a lumbering fighter who was a bit too slow for my liking. If anything he’s a kombatant that more accomplished players could likely master (IE: NOT ME). No matter what the introductory 25 fighters (including DLC fighter Goro) offer a ton of variety and unique styles to experiment with.

The story mode plays through much like NetherRealm’s Injustice: Gods Among Us and takes you through a story where you’ll get put into the fighting shoes of a number of MK’s kombatants. Taking place twenty years after MK9 you see the warriors of Earthrealm going head to head with Outworld god Shinnok and his forces. There’s not much more to it than that but really, it’s a fighting game. It’s a great place to start though as you get introduced not only to the new characters but you can experiment with a number of different fighting styles and see what works best for you. Finding a fighting style or character that you like and sticking with them is extremely important especially if you ever plan on playing online. Each character comes with three variations on their fighting styles each with special move-sets to learn and master. You know for a fact that some basement dweller out there has already mastered them all so your best defense is a strong offense. There’s a lot to learn and going in unprepared is a recipe for disaster. 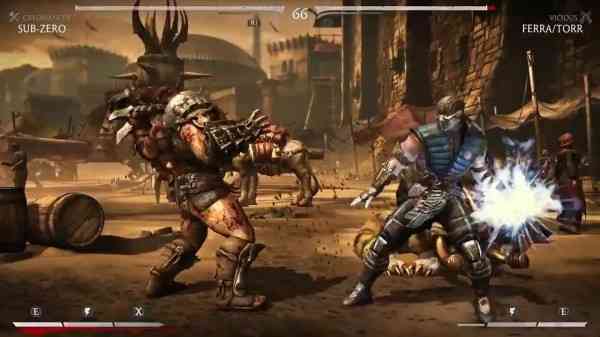 “You know for a fact that some basement dweller out there has already mastered every character so your best defense is a strong offense.”

The controls in the game are not only complicated but they rely on a steady hand to input as well. It took me some time but with patience I was able to (kind of, well not really) get a handle on what I wanted to do and when I wanted to do it. My first few fights were spent jumping around the screen like a jack rabbit until I got a handle on just how finicky the controls could be. If you’re looking for a fighting game with depth you’ve found your dream game here. As with most fighting games these days there are special moves, combo breakers, wakeup attacks, reversals, environmental attacks, meter burns and more. True champions will have to learn every nuance of how to best use them but casual fans will likely resort to knowing one or two specials moves and severe button mashing. Of course the ‘pièce de résistance’ is the fatalities/brutalities and more often than not they require very precise commands in very precise positioning to pull off. For the less skilled there are easy fatality tokens (one trigger, one button entry) that you can find in The Krypt or *shudder* purchase as a needless money grab DLC.

Outside of story mode there is still a ton of content to explore from The Krypt, where you can spend earned koins on unlockables (fatalities, brutalities, costumes, backgrounds, music, concept art, etc.) to The Living Towers that offer everything from daily to weekly challenges and more. If you feel like Testing Your Luck you can fight matches with up to seven modifiers that can make them insanely hectic or you can indulge in some of the ultra-violence and get smashy in Test Your Might as well. You can also choose from one of five factions in the game to represent (and bail on if you’re in the losing one) and participate in challenges to bring victory to you and your brethren. Challenges are always changing and when competitions are won at the end of every week there are faction specific fatalities unlocked with it. It’s an interesting way to incorporate the always online use of the game but I found that I didn’t care much for it myself.

Graphically there’s no doubt MKX is stunning and it’s never more noticeable than in the x-ray attacks and fatalities. They are more brutal than ever and the best reason fans of the series keep coming back. Even after seeing them for the tenth time I cringe at just how insane they are. If NetherRealm deserves credit for anything it’s the inventiveness, or more appropriately the sadistic creativity, behind these stomach turning finishers. Watching Ermac magically extract his opponent’s organs through their mouth is equally horrifying and amazing. Ferra/Tor leaving their victim gruesomely sliced in half will have your eyes watering. Couple these moves with almost too realistic sounding bone crackling or blood gurgling and your jaw will be on the floor. 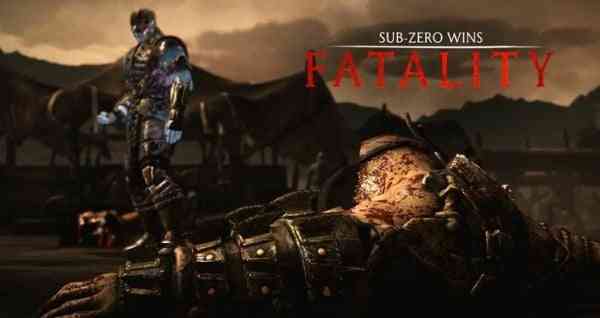 “If NetherRealm deserves credit for anything it’s the inventiveness, or more appropriately the sadistic creativity, behind these stomach turning finishers.”

I did have a spot of trouble playing online with some noticeable lag and some dropped matches but with any hope it’s something that will be ironed out with future patches. Online matches, when they work, are varied from simple head-to-head matches to team tournaments and the ever classic ‘I got next’ with the quarter on the arcade cabinet in King of the Hill. Once the kinks are ironed out this is where MK’s longevity will undoubtedly come from. Hell, it’ll be a grind if you want to unlock everything in The Krypt so PvP will be your most exciting and fresh option. For me it was the ‘watch my ass get tossed into the meat grinder’ option but I had a lot of fun nonetheless.

Now my biggest gripe to be sure is the onslaught of micro-transactions present in the game. From a twenty spot to unlock everything in The Krypt without the grind to 30 ‘easy fatality’ tokens for five bucks it seems that WB and NetherRealm have firmly grasped on to the EA way of doing things. I won’t even get into how ridiculous the $30 Season Pass is for a mere four fighters, but I digress. In fairness they aren’t the only ones jumping on this bandwagon though and no one is forcing anyone to buy the extra content. It just felt that despite already having customers drop $70 plus on a game they were constantly trying to get you to spend more of your cash. In a way I’m not a fan of the easy fatality entry into the game either as I always felt that fatalities needed to be earned and mastered. There’s a reason they weren’t easy and giving an out seems to lessen the challenge. Granted, like I’ve already stated, you don’t HAVE to buy them but the fact they’re offered irks me somewhat.

From its great roster of fighters and styles to its fast gameplay and snappy controls MKX has a lot of positives going for it. It’s as gruesome and stomach churning as it has ever been and that is exactly why we all love it. Everyone from combo pros to button mashers can have fun with NetherRealm’s latest as it stands out as one of the best, if not THE best fighting game, released in years.

*** Reviewed on Xbox One with copy provided by the publisher ***