When State of Decay was released in June of 2013 on the XBLA Marketplace it caught a lot of people off-guard.  A zombie survival game, it offered up a lot of interesting concepts that managed to make it something worth playing.  From managing people within your survival group to defending your base and securing much needed resources, State of Decay offered up a lot more than people were expecting, especially for the entry price of $20.00.  Fast forward to present day, Undead Labs is set to release a current-gen version of the game on Xbox One and PC, and we here at COG have had the chance to play the final retail version prior to release.

First things first, we did review the Xbox 360 version back in June when the game was first released.  We looked favourably on it and you can check out the full review right HERE.  Without going into detail and fully repeating the review, we praised its mix of gameplay elements, the relationships with group members that require managing, development of character skills, different types of missions, the size and scope of the environment, as well as how death is permanent and how this affects your gameplay style and decisions.  If there was any fault in the game it was the unintuitive menus, visual glitches and a bit rough looking in the visual department overall. 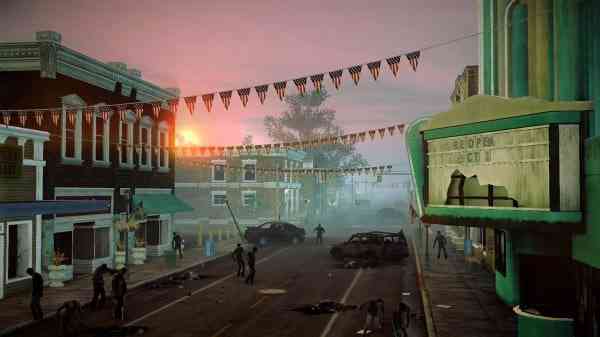 For newcomers to the series, and for those too lazy to read our initial review of the core game, you play as Marcus Campbell.  You and a friend return from a fishing trip where you were away from all forms of technology (e.g. cell phones, internet, etc.).  Upon your return you find that all hell has broken loose and people have become zombies.  You encounter a small group of survivors and eventually make your way Mt. Tanner where your adventure is about to really begin.  It’s all about surviving and helping one another out.

State of Decay: Year One Survival Edition is basically a compilation of the original game, all the DLC released in the first year, as well as a few added bonuses.  First off, and something that fans and new comers alike will appreciate,is that the game is remastered in 1080p, taking advantage of the Xbox One hardware.  The other most notable, and somewhat important addition, is that the game has all the DLC from the first year, including the add-ons “Breakdown” and “Lifeline”.

The DLC “Breakdown” is basically a survival mode that feels more like a sandbox mode then story.  You lead a group of survivors in repairing an RV as you try to escape your surroundings.  There is no major narrative to follow as it really boils down to testing your survival skills.  The other DLC, “Lifeline”, is more of a story mode.  Here you again keep survivors alive in an effort to get them to safety.  You’ll find yourself interacting with the characters and defending your base.  You’ll learn more about the military’s role during the first days of the actual outbreak causing people to become zombies.  Personally, the latter of the DLC is the most enjoyable as it actually has a narrative to expand on the story and world of State of Decay.  I enjoyed being able to see a bit more about what happened during the first few days of the zombie out break.  Education is a good thing they say. 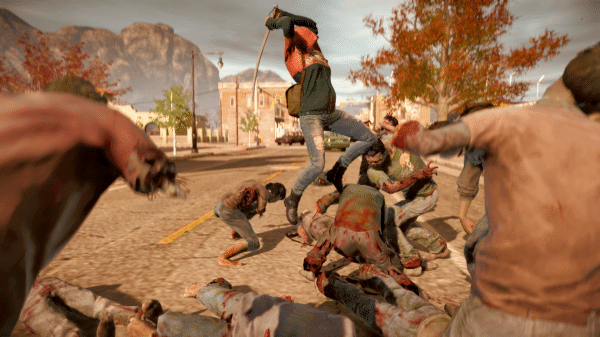 Given that this game has been played by a lot of people in the past, Undead Labs and Microsoft Studios have made an effort to make the game enticing to past owners.  First off, Xbox 360 gamers who have played the game in the past can get a 33% discount on the Year One Survival Edition.  Previous owners also get a new character, Gurubani Kaur.  This character uses an old Indian Calvary sword as her weapon of choice.  Along with the discount and new character, and the aforementioned visual remastering of the game, there is even more.  There are new achievements to be found in all content (core game and DLC content), a new mission type, new vehicles spread out through the map (up to 25 should you look), new weapons (e.g. incendiary ammo) and even new music (up to 30 minutes from composer Jesper Kyd who previously worked on the original music for State of Decay as well as Borderlands: TPS, Borderlands 2 DLC. Borderlands 2, Darksiders II, various Assassins Creed games, and various Hitman games to name a few).  So, to say that this game is a simple remastering is an understatement given how much has been added.

If there was one issue with this game, it is that although it is remastered in 1080p, and it can look great, some of the visual issues with the Xbox 360 version have carried over to the Xbox One version.  Control does seem fairly tight most of the time, but there are those times when things feel clunky, like they did in the original version.  For me, when exploring a house or other buildings and those from my group following me had a habit of standing in the doorway and not letting me by.  I also found that aiming didn’t feel as natural as it could most of the time.  It was instances like this that the game felt like a past-gen game.  There are also some issues of clipping now and then, but much less screen tearing this time around. Overall, I can say that things look cleaner, and the smoke effects, lighting, and even the water, take on a more current-gen feel with the more powerful hardware.  So, are the noticeable issues mentioned here a deal breaker?  Not really, given that there are some noticeable improvements and the game does look fairly good, and those that have not played the game in the past may not notice these types of issues as much.

State of Decay: Year One Survival Edition is “pretty good bang for the buck” considering the $30.00 asking price.  I for one enjoyed what I played, and the added content of past DLC, plus all the bonus goodies that have been tacked on above that make the whole package a pretty good value.  There is a lot of gameplay to be had here too and those who haven’t played the game before are in for hours upon hours of zombie mayhem.  As for those that have played in the past, there is a good chance there is something here for you that you haven’t played, and for the 33% discount for previous owners, how can you not explore Mt. Tanner and its surroundings all over again.

Next Mortal Kombat X Review – Gruesome, Gory and Worthy of All the Pre-Release Hype
Previous Tower of Guns Review – Fire at Will