You have to hand it to Rockstar. With every release the Grand Theft Auto franchise just gets better and better. To the point where the brand is a house hold name and a pop culture phenomenon. It has set the bar for nearly every other open world sandbox game that dares to challenge the king of open world games. When Grand Theft Auto V (GTA V) arrived last year on last generation consoles it sold in the billions, broke world records and received Game of the Year awards across the board. It was all anyone was talking about for months. It was nonstop, to the point where it was flat out annoying! Yet there is no denying GTA V was hands down a fantastic experience worthy off all that coverage we received ad nauseam.

One year later, GTA V has returned but this time on next generation consoles. Those looking for a completely different GTA experience, you won’t get it here. So until that true next gen GTA sequel arrives you have to settle for a PS4 or Xbox One GTA V but this is not a bad thing, like at all. This next gen GTA received a fresh coat of paint in the form of increased resolution, some technical upgrades, a new first person perspective, more songs, new animations and an almost endless list of enhancements. The story, characters and core gameplay remains largely the same and many may question whether it’s worth doing it all over again, but rest assured this bad boy is brilliant. If you remain one of the few who haven’t picked it up yet… seriously WTF are you waiting for? For those sad sacks who haven’t played it yet, here is a little run-down of the wicked world of GTA V. The game takes place in Los Santos which is GTA’s virtual version of LA. Yes, this city looks stunning but more on that later. You play with three main misfits all with their own problems and reasons for getting back into the life of crime. First off, you have Franklin who is your typical inner city thug looking for a way to score some quick cash so he get out of the projects. Then you have Michael whose family life is falling apart as his kids despise him and his wife is banging everyone from the tennis coach to the weirdo yoga instructor. Last but not least you have Trevor who is truly the lowest form of life. This lunatic would score through the roof on the Psychopathy checklist and is what we regular folk would call a “dirt bag”. If you get bored with any one character you can switch between them on the fly which is probably one of the most underrated features in the game. Throughout the game all three manage to break nearly all laws known to man and GTA V’s open world setting provides the perfect backdrop to cause absolute chaos. Whether it be trafficking illegal goods in a small passenger plane, robbing jewelry stores at gun point or randomly shanking couples going for a nice walk along the beach, the skies the limit in GTA V.

GTA’s single player can still easily chew up 50-hours playtime with all the side missions you can do in addition to the games main storyline. This GTA won’t take you any longer to complete. Just when you think Rockstar could not jam any more content into one box, GTA V also features Grand Theft Auto Online. This is a completely separate experience that involves customizing a character, leveling up your character and unlocking various items the more you play. It’s a completely different experience where players travel around a take part in many gameplay activities, including assaults on local gangs, robbing armored trucks, and challenging other players to Impromptu Races. Simply put it’s a blast and the new generation GTA Online includes cross-platform saves, increased player count, new weapons, vehicles, and exclusive upgrades for returning players.

The new first person mode is without a doubt the single biggest addition to the game. It brings you closer to the action, making the violence a little more real and graphic this time around. This is a first for the series and by in the large the development team pulled it off. Combat is enjoyable in first person giving you a brand new perspective. Rockstar gives you a new control scheme in first person mode making it feel more like other first person games on the market. The new layout is also available in third person but it shines in first person mode.

With a simply touch of the PS4’s Dualshock 4 touchpad you can go back and forth between third and first person perspective. Personally, I enjoyed the first person combat much more than I did driving around in first person. I found the driving far more difficult in first person view as handling corners and getting adjusted to the speed was taking far too long. I just felt more in control in third person view. The new customization options and targeting modes in first person are also nice touch and is simply more evidence the development team didn’t just throw this mode together over a weekend.

If there is any one thing that will jump out and slap you in the face when playing the game in first person view is the new animations and stunning detail that went into next gen GTA V. There are new animations for climbing, reloading, carjacking, exiting vehicles, etc. First person puts you closer to the action so you notice such things as the improved draw distance, increased texture resolution and just an improved overall image quality. Granted GTA V isn’t visually on par with other very recent releases designed for next gen consoles like Dragon Age Inquisition or even Advanced Warfare but if you simply take a look at the game on your Xbox 360 and then on your PS4 or Xbox One, the enhancements are significant.

Almost every aspect of the GTA V experience has been improved including the soundtrack. Rockstar has added more than 150 tracks to the game’s already gigantic selection of tunes. You can literally drive around for hours just listening to the tunes, the DJ’s and commentary that is absolutely hilarious. It is one aspect of the game I forgot how good it was.

Next gen GTA runs as smooth as silk. With everything rendered so beautifully you rarely noticed any framerate issues or slow-downs. The only slow-downs I noticed was during some of the hectic driving action sequences where there was a lot going on at once. Otherwise GTA V’s 1080p resolution at 30FPS makes for a game that runs really well. Well at least far better than some other recent releases… Yes I am looking at you Ubisoft!

Grand Theft Auto V isn’t exactly a next gen masterpiece but it is undeniably the undisputed king of open world games. If there is anyone out there that hasn’t yet experienced GTA V you owe it to yourself to give it a spin. For those of you who have already taken the journey with Franklin, Michael and Trevor there is still plenty of reasons to head back to Los Santos all over again. Trust me, this GTA received far more than just a fresh coat of paint. 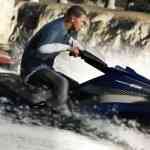 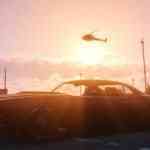 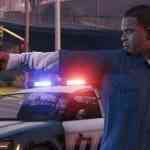 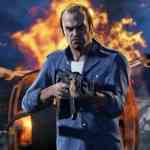 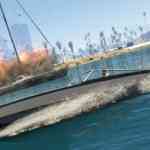 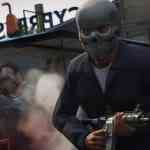 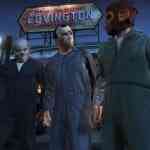 Next Defenders of Time Review – Another Tower Defence Game, But It’s Addictive and Pretty
Previous WWE 2K15 Review – Get in the Ring with the Best WWE Game in Years