Defenders of Time Review – Another Tower Defence Game, But It’s Addictive and Pretty

After getting my first higher-end smartphone, some of my favourite games to play were tower defence in nature. Now, since indie games have grown in popularity, more games of this nature have started popping up on PC. New from Four Lights is Defenders of Time, a tower defence game that promises to be fast, furious, and push your skills to the limit – but can it stand out in an already busy market?

As with most typical tower defence games, it normally involves placing offensive weaponry on a field of play, in order to defend something from wave after wave of enemies which gradually get harder to take down. Defenders of Time follows this same idea, but the developers add in some new ideas which brings new life to an old premise. 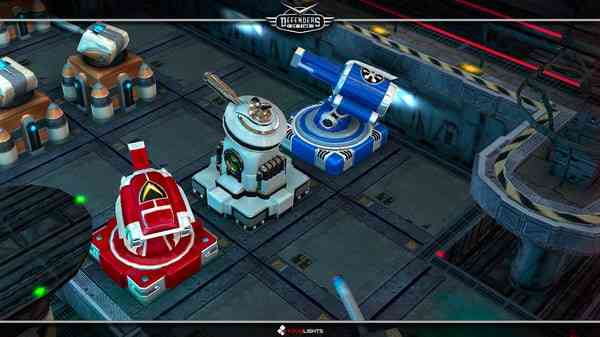 You will be defending your Beacon from waves of invading insect-like creatures called the Chimeras. They will follow a set glowing path shown on the battlefield. This path can be changed depending where you place your defences. Chimeras also will come at you by the air too on another path so you may need to place more of your defences at certain points to have everything covered. You will pay for all your defences with the money you collect from taking down the bugs and you will need every last cent.

There is a single player mode that allows you to get a good feel of the game. You can learn about and experience the wide assortment of gun towers, all of which can be upgraded – often to powerful degrees, and you will need to.

If you don’t want to jump right into the single-player mode, though, there are also tutorial modes that ease you into the action, by showing you all the basics and what towers do what. You will unlock different towers as you progress in battle, from those that cover a certain amount of area, to those which concentrate all their power on one enemy. All towers vary in price, as do their upgrades, so you must spend your money wisely. After going through the basic training, you can try your hand at Commander Mode, which dives deeper into the game’s finer points, showing you skills using tech points that can be unlocked in other modes of play (that I will explain later). There is also a “Sandbox Mode”, which gives you the freedom to create custom games. 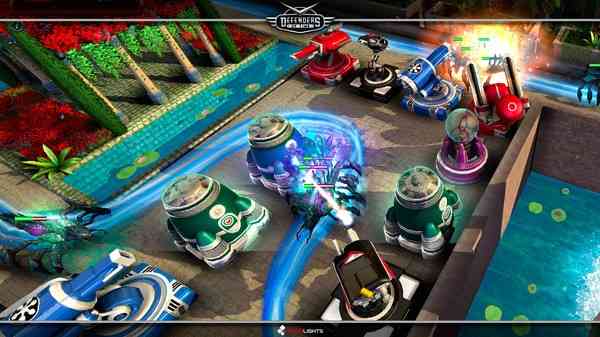 Once you master the single player experience and feel ready for the next step, this is where Defenders of Time adds something new to the mix. You can now compete against other live players in ranked matches, each player having their own set of towers and Chimeras to unleash against each other in an attempt to destroy their opponent’s Beacon. Human competitors bring a whole different gameplay to the mix, not only in that you command Chimeras in addition to placing towers, but also in that it brings tactics that a computer opponent would not think of.

If one-on-one matches get too boring, how about two-on-two, or more? You can have up to four-vs-four battles, and the action can get extremely intense – and fun – with a lot of strategy thrown in. However, things are not exactly perfect. Action on the battlefield can get so fast as the game progresses, to the point where it seemed almost impossible to keep up in either single player or multiplayer – obviously with time and skill this gets easier, but even then it can be too overwhelming, to the point where it became less fun and more frustrating. Adding to this is that there is no pause button during battle, even in single-player games.

What I did like was gaining tech points in battle for completing waves, which you can then use to unlock new skills and perks. Skills that can be used are regenerative health, reduced damage, the ability to build different towers, and to see cloaked enemies. They are located in your Tech Tree, and each costs a certain amount of points. This really forces you to think carefully about what you need to unlock for certain situations, and it works well. 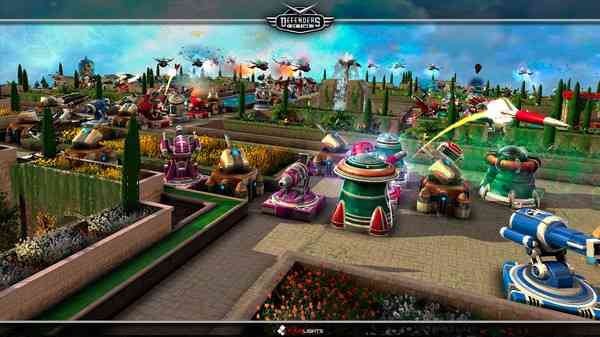 Graphically the game really appealed to me. From very tech-themed towers and upgrades, to the designs of the Chimeras that scamper and fly on the battlefield, I really enjoyed the look. However, I do wish the Chimeras were a little easier to see. You can zoom in, out, and rotate the field a lot, but when the action is getting crazy it was hard to do this accurately – particularly without any pause function. The game’s menus are clean and easy to navigate, and overall I think the developers did a fine job with the visual look of the game.

I found the audio of never really stood out when playing, but everything I did hear worked well and never got boring. The music and sound effects just seemed to take a backseat to all the action happening around you. Which is fine in my books for such a game – the last thing I want is to be constantly distracted when things get hot and heavy in battle.

When it comes down to the nitty gritty, Defenders of Time has some good gameplay elements and the competitive multiplayer aspect is a nice draw. There is an addictive element to improving your stats and blowing up waves of enemies that can keep you coming back. Some might get frustrated with the breakneck pace the game can reach; particularly without the ability to pause and take stock of the situation. However, fans of the genre who feel they can keep up with the escalating mayhem will find Defenders of Time to be a solid entry. 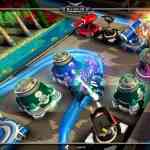 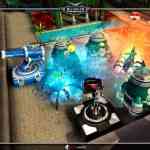 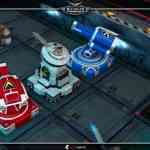 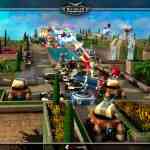 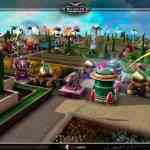 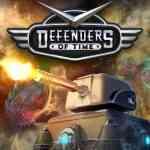