When Dark Souls landed on my doorstep some two and half years ago, initially I wasn’t crazy about it. I distinctly recall those first few hours into Dark Souls and how it tested my every last nerve. I never played Demon Souls, so I had no clue what Dark Souls was all about. At the time I was accustomed to mainstream games who spoon feed us along the way. This was not Dark Souls. It was a game that had no map, no directional arrows, no crusty characters to tell me where to go, no super power strength and no bad-ass weaponry. Oh and I didn’t just die, I died frequently. To the point where my controller felt the brunt of my frustration a few more times than I care to admit. Yet I kept coming back for more unforgiving, torturous, and ridiculously hard punishing gameplay. I can’t quite explain it but it was one of those games that stuck in your head well after you set the controller down. Dark Souls wound its way into my very fabric. To the point where I had Dark Souls II scribbled down on my calendar many months ago.

Just like its predecessor, Dark Souls II is equally punishing. In fact, the developers have upped the ante this time around as a few of the enemy bosses are downright impossible. Well, not exactly impossible but let’s just say I had to do some research and level up my character considerably before I took down some of these gnarly buggers. The Pursuer and Ruin Sentinel bosses for instance are just two boss fights that come to mind when I visualize how frustratingly hard some of these battles can be. Yet that is what makes Dark Souls II so brilliant. When I took down a menacing creature the feeling is incredibly satisfying. It’s unlike any other game on the market. Dark Souls 2 is hands down an impressive sequel, that almost goes without saying, but I do still have some issues with game which will get to further below. Before I get too ahead of myself, let me briefly recap the game’s storyline. In a nutshell, I played an undead character searching for a cure for his curse. The game takes place in the land of Drangleic which just happens to be full of souls that help the undead, including our character, from becoming too “hallow”. Shortly into the game I discovered others are also drawn to Drangleic to collect souls in order to stave off a curse. And so begins our journey to collect souls and discover why things are the way they are in this bleak land.

On the surface the storyline appears bare bones. After the initial sequences where witches cackle and mocked me for the amount of times I will die, not much is said about the story. At least not in the way I have become accustomed to. Just like its predecessor the depth of the story is told through our interactions with characters and also found in item descriptions. Interestingly enough there is much more to the story this time around. This being said, I prefer story telling via cut scenes or during actual gameplay. Frankly some of the conversations with the NPC’s can be a tad tedious to get through. Despite this, fans of the previous games or even deep RPG fans for that mater will have no issues with the way the story is told.

For those familiar with the Dark Souls franchise, Dark Souls II will provide little in the way of a learning curve. The combat, style of play, upgrade system, bon fires and all those Dark Souls staples we have come to love return. One of the more significant changes this time around is the health bar. Every time you die, your maximum health dips. Before I even ran into the game’s second boss my health bar was already down to 50% (that is the lowest it drops). This presents an interesting challenge and a layer of strategy as some enemies can take you down with just a couple of blows. As your health dwindles, so does your humanity and you will notice your character’s appearance starts to deteriorate. You can use Human Effigies to restore yourself; however, they are not exactly a ‘dime a dozen’. Bottom line Dark Souls II presents as an even greater challenge than its predecessor and much of that can be chalked up to the games draining health bar. If a draining health bar wasn’t enough of a curveball, I found Dark Souls button mapping not exactly ideal. For instance, jumping is accomplished by holding down the B button and clicking with the left stick. After a while you get the handle of it but I am left questioning why the simple act of a jump could not be accomplished with a customary button press. Likewise you can restore some of your health by merely hitting the X button (if you have enough life gems). Again, not an ideal location as far too often I pressed it accidently and almost never in a convenient section of the game. Granted these are minor concerns and halfway though you have long forgotten any issues you had with the button-mapping. Yet in the early going it can be frustrating. But hey Dark Souls 2 isn’t about doing what other games do. I get that.

Regardless of some of my issues, I was amazed with the amount of customizable options in the game and the upgrade system is also fantastic. You can name your character, choose a face, body type, hairstyle and even eye colour. You can also equip him with unique abilities and tools by selecting one of available classes. It is really up to you to decide which class suits you but in the end it will not matter what type of character or ability you pick as you will die, and die a lot.

Dark Souls II is really an unnerving game and as I never felt like I was properly equipped for battle. Dark Souls II is less linear than its predecessor and is seemingly much more open. There is also no progression in terms of the boss battles either. In other words they don’t necessarily get harder as you plod along. Some boss fights later in the game are much easier than ones I encountered earlier. I recognize perhaps I wasn’t going in a path the game intended for me but the fact remains I never knew what I would encounter from one area to the next and there is no question I never felt ‘battle ready’. Much of the game is trial and error and will certainly test your patience, but much like a chess match you need to strategize before you can proceed. Enemies are unrelenting and charge at you quickly so being able to think on your feet, and having full awareness of the games controls is critical to your success. Bonfires are back and come as a welcome relief when you stumble upon one. There are many more this time around and you can fast travel between bonfires right from the get go. Just as they did before, bonfires replenish health but they also come with a catch. Enemies you previously killed re-spawn soon after you leave the bonfire. It is rewarding to kill these enemies again as you can collect more souls; however, having to trudge through some of the areas all over again can be a bit of chore.

Another noticeable change is the limited enemy respawns. Each time you rest at a bonfire or die, not all the enemies respawn. This won’t happen the first or even second time you die but after repeated deaths I noticed enemies in the area would thin out. While it is nice you don’t have as many hurdles to leap and less enemies to hammer through, some of those critical items enemies previously dropped no longer appear. So while the game embraces death, you aren’t exactly rewarded for your failures.

The visuals are decent but far from spectacular. I found the water effects in particular looked awful and the environments lacked detail, almost a little bland. Character models looked average at best and the lighting effects are simply not on par with other ‘Triple A’ open world games already on the market. Even some of the pre-release gameplay videos look superior to the final build. The visuals don’t hamper the experience in any way and you can probably place some of the blame on the limitations of the hardware. Yet at this stage in the Xbox 360’s life cycle, I expected better results. Despite some of my issues with the graphics, Dark Souls II runs smoothly which is something that could not be said about the original Dark Souls game. Additionally, there are far fewer graphical hiccups this time around. Yes, I noticed a couple of clipping issues, where enemies would morph into walls or doors; however, these instances are few and far between and in no way hurt the overall experience of the game.

Overall, the audio package in Dark Souls II is mixed. Some of the voice work and sound effects are mediocre at best. Some of the games voice work is downright odd and out of place. Just walk over that birds nest in the tutorial section of the game and you will know exactly what I mean. The soundtrack however does suit the mood of the game. It is memorable? Not exactly, but it is decent. This being said, you aren’t picking up Dead Souls 2 for the audio experience.

There is no question Dark Souls II is an impressive sequel that will satisfy its hard core audience looking for an experience unlike all those other mainstream games on the market. Living up to its name it is an unrelenting punishing experience. Yet just as difficult as it can be, it is equally rewarding. There is an immense sense of satisfaction even when you have made it past some of the early bosses. Dark Souls II is not for everyone but if you looking for a hellishly difficult gaming experience, look no further. 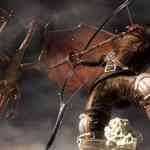 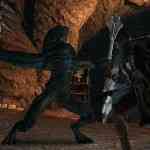 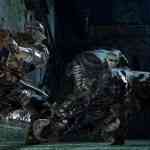 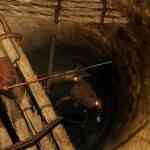 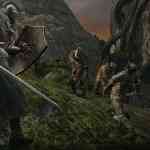 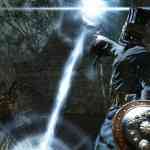 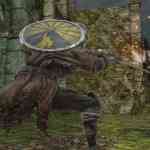 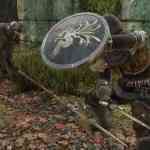 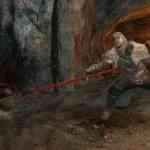