When Microsoft was releasing details of its upcoming Xbox One during the mid-point of 2013, gamers discovered that the new console was to use a proprietary delivery method of sound which did not accommodate the current gaming headsets on store shelves.  There was uproar from the masses and Microsoft eventually announced they would release an adapter to resolve this issue.  Recently Microsoft released that adapter into the wild, and they also released their own gaming headset as another option for those interested to look at.  We’ve had the opportunity to put the Xbox One Stereo Headset through its paces over the past couple of weeks and given the price point (MSRP $79.99 including adapter) the results are surprisingly pleasant even with a few hiccups.

Pop open the box of the new headset and inside you’ll find the headset itself, the new headset adapter, and a micro-USB to USB cable.  The micro-USB cable is included because you are required to update your Xbox One controller to accommodate the new features of the headset adapter (you can also use the charge & play cable if you have that).  It is as simple as plugging the micro-USB end of the cable to your controller, the USB end of the cable to the Xbox One, and then going into the Xbox One’s dashboard and finding Settings>System>Update Controller and follow the on screen prompts.  Voila, you are done.

The headset itself follows the black motif of the Xbox One.  The ear cups are flat black with an Xbox logo and Xbox text on the left cup.  The headband (from cup to cup) is a combination of gloss black with the top being flat black.  All in all it looks quite decent and blends in with the other Xbox One equipment quite well (e.g. console and controller).  There is a hint of Xbox green on the inside of each ear cup to give a bit of contrast, but people won’t see it when you are wearing them.  The chat microphone is not detachable but when not in use it recesses behind the left earcup and becomes virtually invisible.  I appreciated this.  Given the cost of the headset and adapter one should keep expectations realistic.  Sure, it doesn’t feel the same quality as a $200 or $300 headset, but it doesn’t feel like you’d break them too easy either.  In the end I was happy with the look and feel the headset, especially how well it keeps to the design of the Xbox One console and the controller. 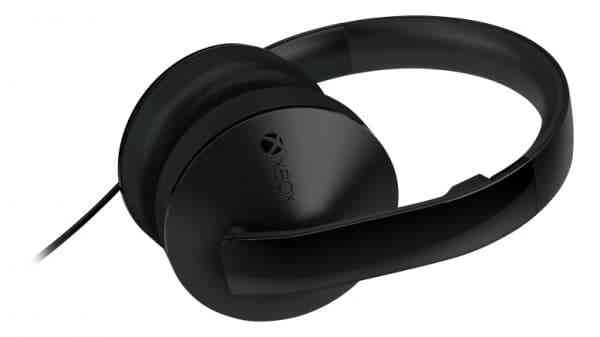 Comfort and sound are two of the most important factors when buying a headset, and I found that overall the Xbox One Stereo Headset was able to meet these factors positively.  In regards to the comfort, each earcup has an ample amount of foam wrapped in cloth and the headset was nice and snug without sacrificing comfort.  I enjoyed more than a few marathon gaming sessions with them on, especially when reviewing the online only Titanfall, and not once did they become bothersome.  Admittedly I have a big head too, so in some ways this is even better news given my big melon didn’t hamper how they felt when worn for long periods.  The foam doesn’t allow for too much if any sound to escape either.  I was gaming on my newly acquired GAEMS Vanguard Black and not once did my wife complain about any sound sneaking out from the headset while I was sitting upstairs playing.

As for the sound, I was more than happy with what I heard. First and foremost is that this is a stereo headset and it is meant for gaming.  I did test it a bit with music (e.g. Tron: Legacy Soundtrack, Led Zepplin, Snoop Lion, Sheryl Crow, Scott Pilgrim the Movie Soundtrack) on my Surface RT Tablet (thank you 3.5mm plug), and although the various music tracks sounded ok, it wasn’t the best I have heard and it made me realize it wasn’t a music headset like those from Beats, Audio Technica or Bose.  But hey, it’s a fairly priced headset made for a gaming console.  For those tech-heads out there, the Xbox One pushes sound to the controller and then to the headset.  At this point they are using a stereo codec and they have mentioned that they may put a simulated surround sound through it eventually, but at this time it’s a 2-channel affair. 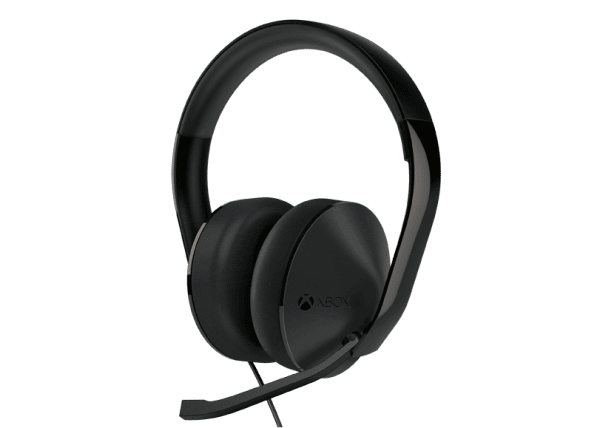 For those wondering, I put the headset through its paces with many different games including Forza 5, Powerstar Golf, CoD: Ghosts, Battlefield 4, Rayman Legends, Plants vs. Zombies Garden Warfare, and of course the recently released Titanfall.  Given the variance of sound effects that each game has I was surprised with how fairly crisp and clean everything came through.  From the car engines, tire squeals and metal crunching of Forza 5, striking of a golf ball and environment specific effects in Powerstar Golf, the sounds of weapons and destruction in Ghosts and BF4, the comedic and cartoony effects and music of Rayman Legends, the character specific sounds and music of PvZ: Garden Warfare, to the of futuristic battle explosions and Titans rocketing from sky in Titanfall, I didn’t find much, if anything, to complain about.  Two prime examples of how I was quite impressed early on were some gaming sessions with Forza 5 and BF4 single player.  In regards to Forza 5, the evident “whoosh” of going under a pedestrian bridge on Sebring or the left and right directional sound when a car was on either side of me on any track caught me off guard.  As for BF4, a game that I had not played until now, the first time I shot one of my rifles in an open area and the drawn out sound of the bullet leaving the muzzle and the echo within the area I was firing in was crisp, clear, and quite effective.  It actually caught me off guard somewhat.

Of course the new Xbox One Stereo Headset also allows you to mix in game chat as well as speaking to your online teammates.  This was another area that I was quite impressed most of the time.  The new headset adapter makes the ability to play a game on Xbox Live while chatting online a breeze, and it sounds pretty darn good too.  On the right of the adapter are two buttons to control the master volume (“+” & “-“) and should either the voice and game sound seem out of balance (one is higher than another) you simply mix the sound with the buttons on the left.  A logo of a person (head and chest) is on one button and represents gamechat while a logo of a controller is on a second button to represent the actual in-game sound.  By pressing one or the other you can mix in the sound that seems to be lacking.  There is a nice big button in the middle of the adapter for muting the microphone too and it lights up when activated.  All in all mixing gamechat and in-game sound is a very simple process that works so well you’ll have everything balanced out in a matter of seconds.  Chat quality is very good too; as all those who I gamed with said I was coming through loud and clear without any issues.  I was very impressed. 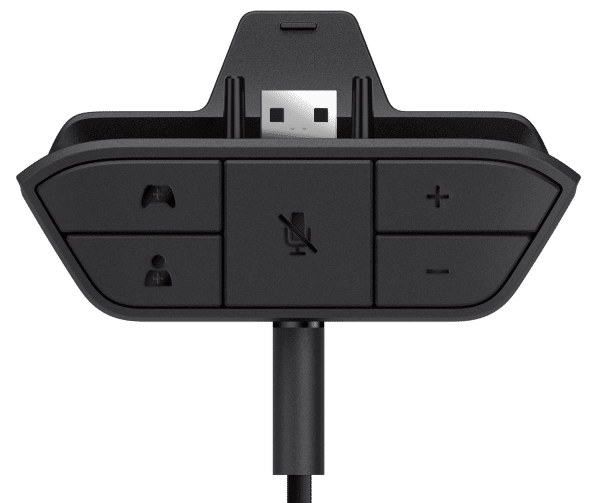 If there is any complaints I have it is that there was a bit of audible ‘hiss’ that I noted when things were totally silent and some gamechat dropped along with some intermittent crackling.  In regards to the hiss, I believe that this can be attributed to the fact that the sound is being pushed to the controller and then to the headset.  It was not overly troublesome, just something that I did indeed notice during some very low game volume or silent times.  The other issue I noted, which happened the same day I was writing this review, was that some chat audio would drop and I heard loud crackling.  I was broadcasting Forza 5 on Twitch and a friend of mine created a party I joined.  He was watching my twitch feed.  This cutting out and crackling also carried over to when we were gaming in Titanfall.  After I took a break and the started playing later that night, and my friend was not with me, I didn’t notice anything.  Strange indeed.  I am hoping I don’t run into the problem again and will keep an eye (and ear) open for this.

I also have to note that the fact that the built-in unidirectional mic is sensitive enough to pick up extraneous noise.   Case in point, when in the in-game lobby waiting for a new round to start in Titanfall, my 7 and 9 year old kids started yelling at each other and I could see the speaker by my name in the lobby indicate that I was speaking, when in fact it was picking up my kids yelling at each other.  I simply muted the mic and yelled back at my kids to stop arguing (hey, not the best parenting but my kids love me) and then unmuted.  It was a funny point that the mic picked up the kids yelling and something to be cognizant of.

Overall I think that Microsoft did a fairly good job at designing and producing a headset for their marquee console.  The price of $79.99 is very appealing when you realize you’re getting both a new headset and the new headset adapter all in one box. The build quality is solid for the price, it is surprisingly comfortable when gaming for long sessions, the sound quality is pretty good even with the minor issues noted above, and the voice chat/mixing features are simple and effective.  Really, how can you go wrong when you consider the whole package?  You can’t.