As I said farewell to the FFXIII series with my review of FFXIII: Lightning Returns, I left with satisfaction but ironically still yearned for more Final Fantasy goodness. So, as one might expect, I had no hesitation taking on the review duties for FFX|X-2 HD Remaster. FFX can be viewed as a sort of milestone for the Final Fantasy franchise; not only was it the first Final Fantasy game to land on the PS2, it was the first to have voice acting and also a direct sequel. Moreover, it’s direct sequel, FFX-2, was the first to have only three playable main characters in which they are all female. With FFX and FFX-2 returning from more than a ten year slumber nicely in one expansive package, I was ready to listen to Tidus’s story and accompany Yuna once again.

Just like in the original FFX, the intro shows players a glimpse of the main characters and are greeted by Tidus with the ever so famous line; “Listen to my story.” From there, the adventure begins. Learning about how Tidus is transported to the world of Spira from his home city of Zanarkand and meeting the other loveable characters is just a fragment of what players will experience from FFX. The gameplay, emotions, and entire concept are exclusive to FFX and justifies for it being a timeless classic. Additionally, since this remastered package is based off the international versions of FFX (Originally only released in Japan and Europe), and FFX-2 (Originally only released in Japan), North American and European players are treated to new content.

Another piece new to North Americans, and now also European players, is the short film “Eternal Calm” which fits between FFX and FFX-2 that reveals the events leading to FFX-2. Although not mandatory to watch nor will players miss out on much, but it’s an entertaining film that bridges the gap between the two games and will provide players with a smoother transition. 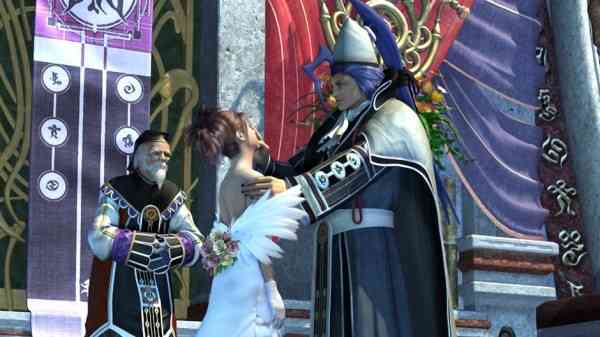 Two years after the events of FFX and almost immediately after the Eternal Calm film, is when FFX-2 begins. FFX-2 opens with a pop concert performed by Yuna. Yea, she’s a pop star. Meanwhile, Rikku and Pain are at it pummeling some guys. While FFX-2 is much more lighthearted and quirky than FFX, it’s an amusing and enjoyable sequel that just feeds players with more of the world of Spira and loveable characters of the series. It definitely shows players a different side of Spira and also of Yuna, Rikku, and Pain. Not to mention, the fast-paced and entertaining battles. Also, to add on to the fun is the new content that includes the Psychic and Festivalist dresspheres, Creature Creator, and Fiend Arena Tournaments.

Again a new goodie for North American and European players is the Final Fantasy X-2: Last Mission. The Last Mission takes place three months after the events of FFX-2, and has players again play as Yuna, Rikku, and Pain while they battle their way up a tower. It’s a fun side adventure that can last for hours.

The last drop of content that’s completely brand new, and made for FFX|X-2 Remaster, is the thirty-minute audio drama titled Final Fantasy X –Will–. The audio drama picks up one year after the events of FFX-2 following two new characters named Chuami and Kurgum. While the story is being told, beautiful concept art is shown on the screen which is great but if you don’t like listening to voices for thirty-minutes, it might get boring. Nevertheless, it’s definitely a treat for fans of the FFX series as it gives a glimpse of certain characters’ lives after FFX-2. 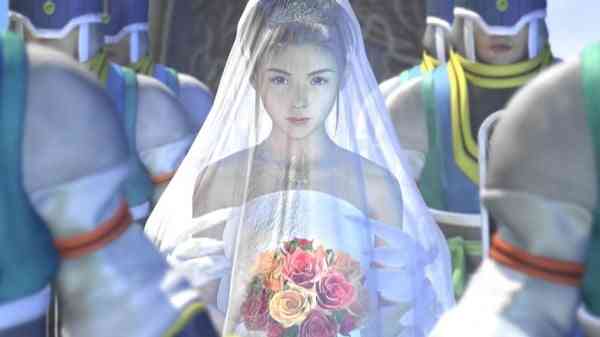 All in all, the AI stayed the same from its original. Meanwhile, the controls are extremely easy to accustom to and generally felt correctly assigned. The majority of the game’s story and features are left unchanged. Yes, there’s still Blitzball to spend hours in and now trophy support. Just having the two games and the goodies all in one place is extremely efficient and made my adventure much more fluid from beginning to end. It’s everything in the original, and even more.

As far as the visuals are concerned, the results are mixed. The water movement and details on the greenery are extraordinarily vivid and well done. Everything is sharpened and details pop which made me feel like I was seeing things that weren’t so clear in the original. While the character enhancement is great, I’m slightly disappointed with how it turned out. Tidus’s and Yuna’s faces and facial expressions in particular slightly bothered me. There wasn’t really any spirit in their eyes and their facial expressions are quite stiff. Personally, I miss how they looked in the original. Moreover, certain NPCs are evidently not enhanced as much, so having Yuna beside a random villager makes the villager look a tad pitiful.

The other issues I encountered aren’t due to the remaster, but are issues and concerns that existed in the originals that carried over. Voice synchronization still exists, so at certain cut scenes there is mouth movement but no voice acting. So, occasionally there would be a few seconds of silence with awkward mouth movements. Another is the fact that players can’t skip cut scenes, tutorials, or even quit to return to the game selection menu. While this isn’t a big problem, it does get annoying especially if players have already viewed it more than once before or want to change games quickly rather than returning to the PS3 menu. The enhancement on the graphical features as a whole is definitely praiseworthy disregarding the minor issues and concerns.

In regards to the games sound, the soundtrack has been mostly re-arranged and also remastered just like the voice acting and sound effects. While to some, the original soundtrack might be preferred over the re-arranged ones, it’s still not bad. It’s modernized with new sounds or instruments here and there but still sticks to its roots. While a good attempt to be on par with the graphical enhancement, it might be a little over the top for some. 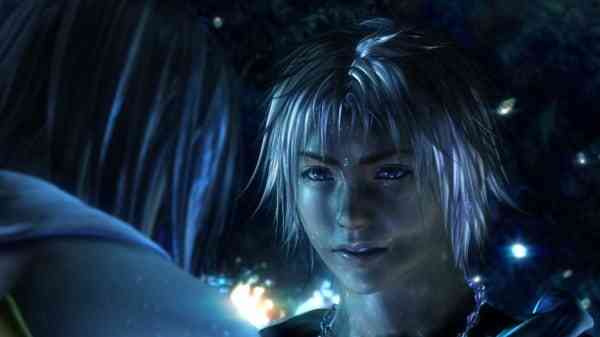 Like the voice acting, the sound effects didn’t really change since it’s just remastered to be on par with the graphics and to please our ears in this day and age. Maybe it’s because I’m so used to the sound quality of games today, but I can say that in terms of sound it definitely does Final Fantasy X|X-2 Remaster justice by generally sticking to its roots.

Having FFX, FFX-2, and all that extra content splashed together with a fresh coat of paint lends itself to a game that is simply fantastic value for the buck.  Following Tidus’s story or joining Yuna, Rikku, and Pain for the first time or even all over again will prove to be enjoyable and definitely worth your investment of time and money. So, free up your schedule and gather all your change, because this isn’t something you want to miss.