Blackguards “Untold Legends” DLC (PC) Review – For $6 Bucks, This One is a No-Brainer For Blackguards Fans

Not too long ago I had the pleasure of reviewing a turn-based strategy game for the PC called Blackguards from Daedalic Entertainment. Overall, I enjoyed my experience with the game and still find myself playing it from time to time as I work on other games. What surprised me is that a DLC pack has already been released, along with a major update (patch 1.3) which brings tweaks to the game, many taken from feedback from the gaming community. One thing is clear from my playtime with the new DLC, the developers listened to their fanbase and took a lot into consideration to improve the game.

The 1.3 patch for the game really smooth’s out some of the rough edges on what was already a good game, giving it that bit more extra polish.

For starters, you now can see hit chance percentages on all enemies without the need for the Warcraft or Animal Talents skills. I was really happy they did this, as it brought extra tactical considerations into the mix. The developers also gave more explanations to skills and items, providing more information on their usage, advantages and disadvantages. You can also see if a character is still able to parry in the current turn. Many other tweaks have been made to gameplay, all for the better.

The actual DLC centers around “Takate”, a former slave, now a gladiator, who joins your group at one point in the game. You learn more about his back-story through a set of new quests and areas that become available. He seeks revenge – and who doesn’t like a good revenge story? He sets out after everyone who is responsible for his suffering. In addition, the DLC adds a collection of new weapons and maps. It also brings seven new quests to the main storyline. So overall you are getting a bit more of everything. The DLC adds an extra few hours of gameplay (more if you want to search every nook and cranny), for not much cost. 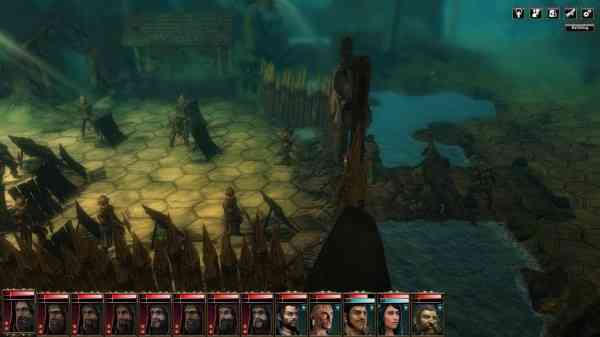 Graphically, the look of the game has not changed – which is not a bad thing. When I reviewed the main game the first time around I was happy with the way things looked. I still wish the towns were a bit more lively, but that’s about it.

The DLC brings new music and samples that complement the already good audio of the game.

If you were a fan of Blackguards when it came out, I would recommend picking up the DLC. The price is reasonable and adds some extra meat to the game to sink your teeth into. 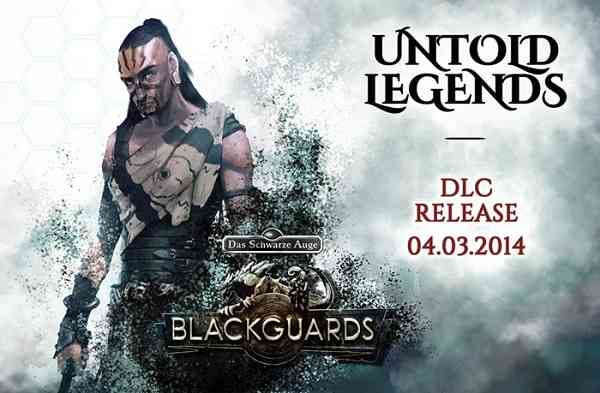