Who would’ve thought we’d still be talking about Cave Story after all these years? Originally released as a freeware game for PC in 2004, Cave Story made its big splash on the Wii and DSi in 2010. Since then, updated versions on Steam and 3DS have kept the game alive with improved visuals and audio. One more port couldn’t hurt, right? Well, say hello to Cave Story+ on the Nintendo Switch, a port of the enhanced PC version with story changes, a remastered soundtrack, and a few more bells and whistles thrown in for good measure. What surprised me most about Cave Story+ was just how much everything holds up since I last played it on Wii. It’s still a wonderful and endearing game with the same feel-good shooting mechanics. I’m also glad it’s on Nintendo’s new machine because it makes for a perfect pick-up-and-play experience.

When people think of the rise of the indie game, many would point to the success of Braid and/or Limbo as the primary influence, but it was actually Cave Story that sort of started it all. It was developed by Daisuke “Pixel” Amaya for over five years and was originally a hobby of his. He self-published it and it gradually became popular over the Internet as word began to spread. It was the first of its kind in that it was a modern game that looked and sounded like an old game. The inspirations are all over Cave Story. From the exquisite level design and intuitive weapons, it’s obvious Amaya played a ton of Castlevania, Metroid, and Mega Man back in the day. Even its story is engaging, with players taking control of Quote, a sentient robot that must save the cute rabbit-like residents of Mimiga Village from an evil mad scientist. It has enough narrative twists and turns to keep it interesting and its pacing between story beats and gameplay is nearly flawless. It sort of boggles the mind that one guy was able to create such a cohesive product, something larger studios with bigger staff strive but fail to do.

In order for Quote to put an end to the evil doctor’s nefarious plans, he’ll have to explore a number of different caves while running, jumping, and shooting — you know, all of that platforming goodness. I really like the weapon system in Cave Story because it made me pay attention to them a lot more than I typically would in other games. Each weapon is unique and can be leveled up by killing enemies and picking up yellow crystals. Each time you level it up, it will modify its use ever so slightly. For example, the Machine Gun Blaster gets stronger and faster with each level. However, once it has reached the max level, you can point the gun downwards and fire to reach higher places, similar to a jet pack. Weapons get downgraded as well the more you take damage, so it’s important to get familiar with how each operates at different levels. This system kept me on my toes and added a nice but small element of strategy when facing off with a few of the bosses. 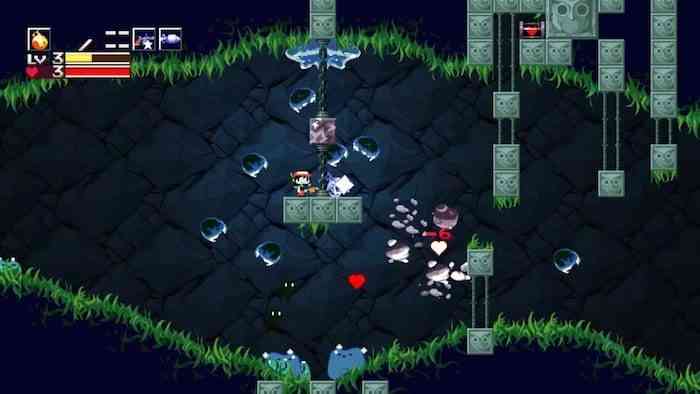 Cave Story+ really does feel like a natural fit for the Switch. It’s perfectly serviceable playing at home in front of the big screen but being able to take it with me on the go really made me appreciate some aspects of the game I never quite noticed before. Like how each checkpoint or save room felt perfectly spaced out from one another. I found myself saying “I’ll stop at the next checkpoint,” making my personal Cave Story experience feel like a mesh of mini episodes spanning five to ten minutes long. I’d save my game, put the system down and get on with my day, only to pick it back up again and continue for another ten minutes until the next save point. It may seem a little unorthodox, but I enjoyed Cave Story a lot more because of the short bursts of play I made for myself.

It also helps that it’s a pretty comfortable experience on Switch no matter what configuration you’re using. The remastered graphics still look great but they particularly stand out on the Switch’s beautiful touch screen. The controls are simple and intuitive and don’t require a ton of muscle memory. Sure, it took me some time mastering the floaty jumping when I was platforming but it wasn’t all bad. The in-game map is tied to the minus button which has always been an odd place on the Joy-Con for me, even in other Switch games like Breath of the Wild. As mentioned above, playing in handheld mode was my ideal way to play and it feels well suited to Nintendo’s hardware. 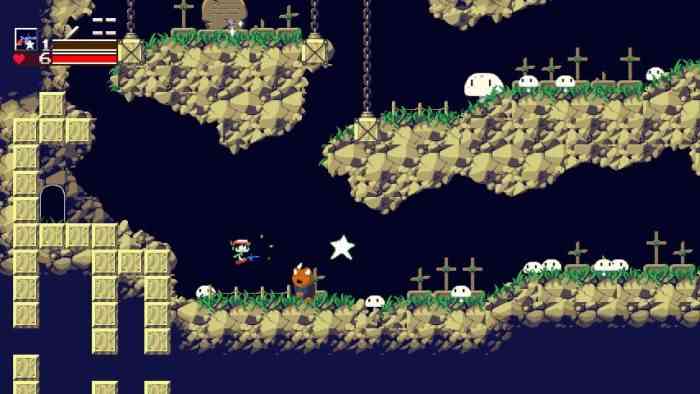 The Nintendo Switch version is curiously missing a feature that was in the 2011 Steam release and that is the ability to switch (ha!) between old and new graphics at any time. This was a nice bonus on PC simply for its novelty factor of seeing what was changed since the original 2004 release. The goods news is that Nicalis has heard the complaints from fans and has confirmed that an upcoming patch will bring back this feature, effectively making this version of Cave Story the definitive one.

All in all, Cave Story+ is an excellent port and it feels right at home on the Nintendo Switch. I know people go on and on about how cool it is to bring the console experience on the go, but it also works really well with smaller titles too. Playing Cave Story on Switch is my preferred way to relive this classic indie gem and I’m ready to start another play through as soon as I can. If you can get past the rather steep price on the eShop, Cave Story+ is a total blast and sits comfortably among the best of Switch software. 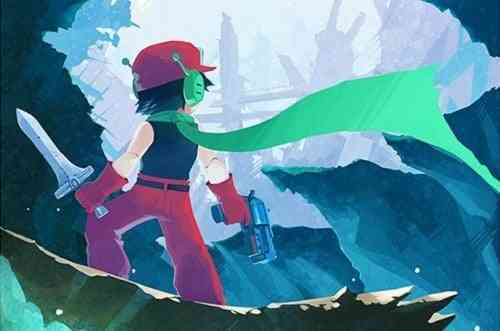