Carmageddon: Max Damage is not a game for the faint of heart. If you’re not okay with running over wheel-chaired pedestrians, cheerleaders, and dogs – you might want to hit the back button on your browser. Still here? Great. Carmageddon: Max Damage takes racing games to a whole new level by allowing, and even encouraging gamers to run over any living being in your sight. It’s a bit morbid, but really no worse than games like Grand Theft Auto or Postal. Carmageddon: Max Damage is not without its flaws and while overlooking these flaws can provide a fun experience, it’s going to take a lot of effort to let some of these issues slide.

C:MD features three different modes, Career, Freeplay and Multiplayer. Career will take you through 16 single-player levels, each comprised of three to four stages. Each stage features a different location and game mode against five computer controlled vehicles. The modes and locations are often repeated, but not in the same combination, so there is some variety. It should be noted that each stage will require you to sit through a painful load time, usually over one minute in length. To unlock subsequent levels, you must achieve a certain amount of points. The nice thing about this system is that you don’t need to win each stage to unlock the next level. In addition to unlocking levels, you can also earn new vehicles. In each stage, one opponent vehicle is chosen as “Stealworthy” – and all you need to do is destroy the vehicle during that stage to have it added to your garage. Each vehicle has its own stats (strength, speed, etc) but I didn’t notice any significant difference in performance between each vehicle. Vehicles are upgradable as well and you can change a few aesthetic features like their colour and rims.

“I did get a kick out of the stages where you hunted down and ran over targeted pedestrians; every driver’s dream.”

There is an extensive variety of game types throughout the games stages from traditional lap races to checkpoint races where you can steal extra points by wrecking your opponent. While I found some of the more traditional racing modes a bit dull, I did get a kick out of the stages where you hunted down and ran over targeted pedestrians; every driver’s dream.

An important aspects to any racing game is vehicle control and unfortunately, this is where Carmageddon fails. The vehicles often perform like they’re driving on ice. A turn at high speeds almost always result in straying way off course. Even slight adjustments while driving at high speeds can result in excessive weaving back and forth that usually leads to getting off track or crashing. Yes, I understand that “in the real world”, high speeds would hinder your ability to turn, but in a game like Carmageddon, we don’t need real world physics – we need tight controls that allow us to zip along a course. 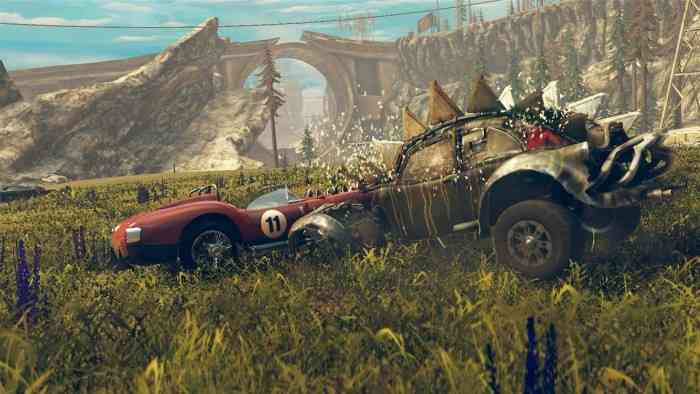 The second biggest flaw with Carmageddon is the AI. Sometimes the AI will perform as you’d expect – focusing on the objective, racing from checkpoint to checkpoint, or running over designated pedestrians. Other times, the vehicles will pursue your vehicle with a persistence that is nothing short of annoying. I understand that the other vehicles want to smash me as much as I want to smash them, but most of the time, they’ll just ride my back bumper (and doing so doesn’t even cause my vehicle damage). For some reason, braking, turning or reversing isn’t enough to stop their pursuit. In situations like this, I had to press the “reset” button, which transports my vehicle back to a previous point, wasting precious points needed to pass the level.

“Carmageddon: Max Damage is a decent return for the franchise but the driving mechanics and AI need to be tweaked a bit to improve the overall feel of the game.“

There are four multiplayer modes but unfortunately, I can’t speak about any of them because on the occasions I tried no one else was playing. On that note, my recommendation is to make sure you have friends with the game or you’ll likely be stuck playing single player. I imagine motivated gamers could find like-minded gamers on Carmageddon forums and arrange play times but that’s a chore.

C:MD is not Forza 6 so don’t expect to be blown away by the visuals. The cars each have a unique look to them and there’s a huge assortment of pedestrians to mow down in each level, including animals (even a penguin). Environments are varied such as the large Bleak City and the Area 51 like desert (complete with a massive UFO crashed into the ground). Note: when you first start playing, be sure to visit the options menu and adjust the screen size to fit your TV, otherwise the on screen HUD will clog up your viewing space. 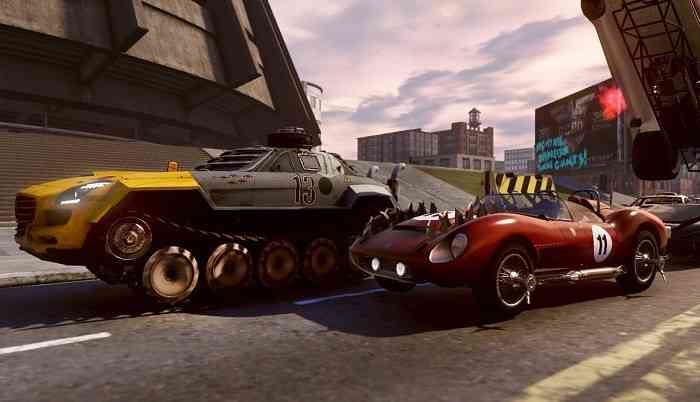 The announcer is enjoyable and has some funny quips from time to time but the music, on the other hand, is awful. After a few races, I tweaked the options so the music was nothing more than a faint noise in the background. There was nothing special about the rest of the games sounds, aside from the humorous yet cringe-worthy “smush” sound when plowing a pedestrian.

Carmageddon: Max Damage is a decent return for the franchise but the driving mechanics and AI need to be tweaked a bit to improve the overall feel of the game. Multiplayer is basically D.O.A. since it doesn’t seem like too many people are playing. The progression system for the career is very well thought out, and there is an ample amount of options available in the Free Play mode. The Career mode will need at least 15 or so hours to complete which is a decent amount for any game.  Despite its flaws, there’s something oddly satisfying about power sliding into pedestrians and hearing the smush as they explode in a shower of blood and bits. 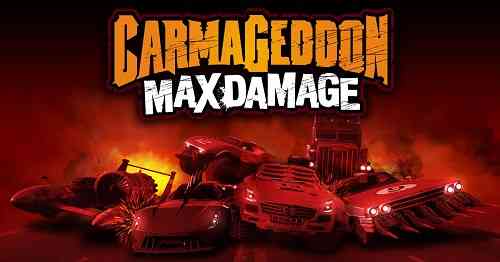 Surviving the Indiepocalypse: An Indie Developer’s Vision for An RPG
Next Song of the Deep Review – Tried and True in the Underwater Blue
Previous Adventures of Mana Review – A Simple & Charming Remake