When I first fired up this game, I could tell this was going to be a bit of a chore to get through. Beat-Em Ups aren’t exactly everyone’s cup of tea, but that’s not the case for this man. Pairing up with buddies, using characters with various attacks to kick butt is a solid formula that’s stood the test of time. From Streets of Rage to Double Dragon Neon, this style of gameplay has proven it holds up. I can’t say the same for Battle Crashers, however.

The premise behind Battle Crashers has all of Cartoon Networks big names coming together in a dimension shifting plot that has them fighting all kinds of odd, crystal versions of various characters from each of these big name series, but there’s nothing big about the production value put into this title. All of the characters are oddly muted, making no noise aside from various dull sound effects of their abilities. There’s not a single voice sample to be found, and you’d think for something like Cartoon Network and some of their incredibly popular franchises, you think there would be a bit more of the charm that has led these series to such popularity. It feels weird to see such low effort put into a title that has their name tied to it, but Battle Crashers has the names you know and love, and that only. Each character eventually becomes unlocked through the first few stages, and from there you can swap on the fly. The problem I have with this is that one character is just straight up better than the rest. Finn and Jake have enough power and can stunlock enemies that there is no reason to really switch to any other character. Others, such as Gumball just don’t lack the power to do enough damage without ending up trading hits with every other enemy. In other examples of these sort of side scrolling brawlers, each character tends to have their merits, but in Battle Crashers, not many of the characters are even worth using to begin with. Finn definitely proved to be the most useful, with the varieties in moves that he gained. Others had stuff that just made no sense, like a jet pack, or higher jumping. Those would be nice when it comes to platforming, but not for the sake of a beat-em up.

“It feels weird to see such low effort put into a title that has their name tied to it, but Battle Crashers has the names you know and love, and that only.”

That’s not to say Battle Crashers is completely terrible The occasional instance of a boss battle or levels with a unique premise stand out and are almost kind of fun. There are bits of Battle Crashers that are totally serviceable, but not much else, sadly. Games like these don’t tend to make me upset. They just disappoint me because it feels like there’s more that could be done. I’m admittedly not much of a viewer of any of these cartoons, but I know enough that they should be able to give each of these characters a bit more depth not only to the character themselves, but to their universes as well. The tedious nature of the game sets in quick, but thankfully, Battle Crashers is just short enough that you’ll be able to blow through this in an afternoon.

My gripe in this case is that there’s just so much lost potential with Cartoon Network: Battle Crashers that between it’s brief 6 hour run time, it’s boring gameplay, and it’s seemingly soulless presentation that it’s hard to lend praise to this game. Other companies such as Adult Swim have shown that they are capable of churning out a capable product that is well received, that you’d hope Cartoon Network would follow suit. We can always chalk this one up as a write off, but I hope Cartoon Network comes back next time with a better effort than Battle Crashers, that’s for sure. 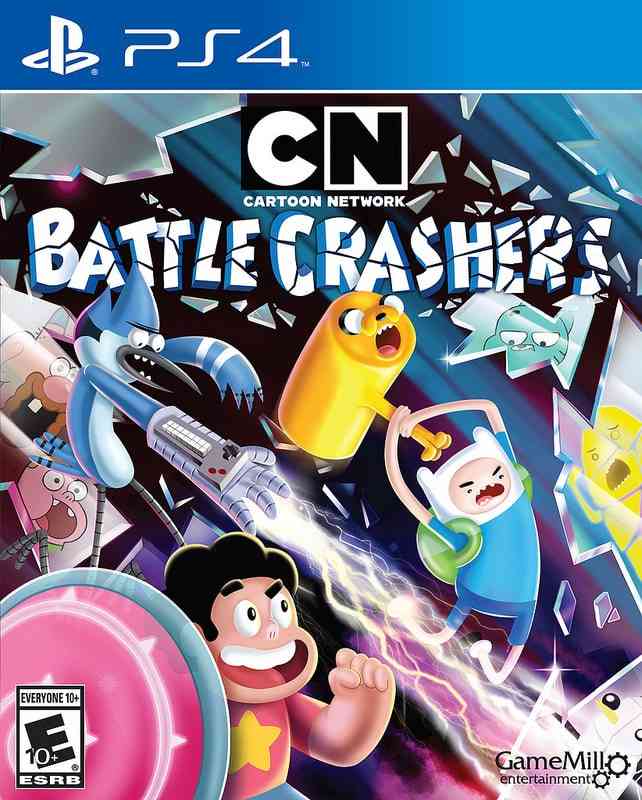