Back To Bed, a new indie puzzle game that follows a narcoleptic man through his dreams, is both satisfying and disappointing at the same time. The aesthetic is great but there’s not much variety, enemies are in the game but are hardly used, and nightmare mode is a good idea but more normal content would have been better. It should be noted however, that while there were a lot of shortcomings, the game is less than ten dollars.

What you get for the price of $6.49 CDN is the control of Subob, Bob’s subconcious will to live. Use Subob to manipulate the environment and guide Bob through the hazards of each stage, like falling off ledges or getting attacked by a dog. There are only two moveable items, apples and fish. Apples are used to block Bob and force him to change direction or stop the vents from blowing him off-course. Bob always turns ninety degrees clockwise, and sometimes you have to be fast with that apple to get him facing the correct way. The fish are used as planks to walk across, bridging many of the gaps in Bob’s way.

Upon picking up either item, you can see how every area is tiled so there’s never any problem of placing something off-centre. It was very easy getting items where they needed to be, and design decisions like this are what keeps Back To Bed charming and dreamy. Most systems in place are simple and elegant, exactly how a puzzle game should work. Unfortunately it felt like there were too many systems that barely saw the light of day, and this is where Back To Bed fails. For instance, you can speed up time to move Bob quickly through an area. It’s great for getting him down a long hallway in a flash, but there could have easily been ten puzzles just based around speeding up Bob. Two enemies, clocks and dogs, both act very similar and yet each enemy was only seen a handful of times. It’s like Bedtime Digital had some really great ideas, but only had time to polish up half their game.

“The artwork and style in Back To Bed is exceptional and fits everything together quite nicely. It’s sort of a mix of claymation and painting with a ton of surreal moments and settings.”

It’s really too bad because Back To Bed has great potential. It has a creepy yet beautiful art style, the mechanics are great, and the puzzle design is mostly good. The price is right at under ten dollars for about two or three hours of playtime if you try to finish all the nightmare puzzles as well, but I would have gladly paid upwards of fifteen or twenty dollars for the same game but with a lot more in it. More artwork, one or two more obstacles, and a lot more puzzles is all it would have taken to make this game stand out amongst the puzzle crowd.

The artwork and style in Back To Bed is exceptional and fits everything together quite nicely. It’s sort of a mix of claymation and painting with a ton of surreal moments and settings. All of the characters and items are weird but feel like they belong in the world; nothing seems out of place and yet all of it is. The artists have done a great job at bringing a dream-like quality to their game and it’s perfect. The only real complaint is that there isn’t more of it. It kind of feels like you’re going through the exact same dream over and over again, which isn’t a bad concept but you get no sense of progression. The final puzzle feels nearly the same as the first, largely because it doesn’t really look different. Even changing the skybox or playing with the lighting could have had a massive effect on how everything looks, but it’s just not there. 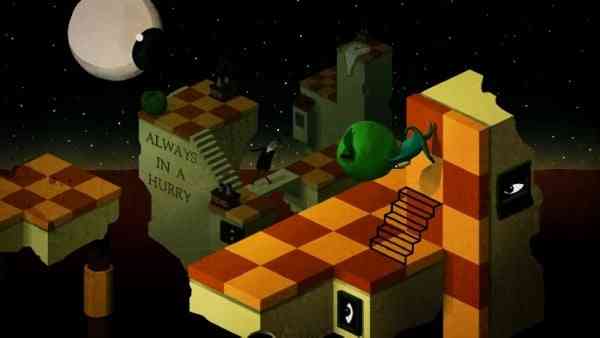 Ultimately, Back To Bed is just sorely missing content even at the already low purchase price. It’s a great idea with some fantastic art and a few really cool puzzles… but that’s it. If you enjoy puzzle games and like the aesthetic, then Back To Bed is still priced very well and worth your money. Not a lot of studios can really portray that surreal feeling, but Bedtime Digital absolutely has and their game stands out because of it. However if you’re looking for a difficult puzzler that will take you longer than an hour or two, keep looking.

A little too short
Doesn’t capitalize on great ideas 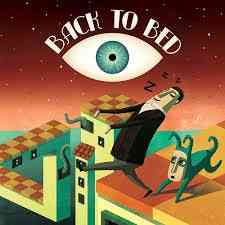 McPixel 3 Will Officially Release On Multiple Platforms In Mid November
Next Calvino Noir Review – Leading the Pack for 2015’s ‘Worst Game of the Year’
Previous One Piece: Pirate Warriors 3 Review – Mind Numbing Masher is All About The Fans