One Piece: Pirate Warriors 3 Review – Mind Numbing Masher is All About The Fans

What happens when you take a franchise with unbelievably repetitive gameplay and shoehorn in a perennially popular manga/anime? You get One Piece: Pirate Warriors 3 – a repetitive game featuring a classic anime story and characters.

I’ll get this off my chest right away: anime isn’t my thing. I mean, I’ve watched Dragon Ball Z, but I’ve yet to see the appeal of the many massive anime universes that are so popular around the globe. One Piece is one of those universes, second only to Attack on Titan in scale. So, I set aside my preconceived notions and dove into a story that covers 20+ major arcs from the One Piece series.

The main character is Luffy, a wannabe pirate with humble origins, who sets off on a quest to build the most fearsome crew of scoundrels and thieves ever to roam the seven seas. Of course, there are plenty of manga twists and anime turns along the way – fans of the genre ought to be delighted with the general goings on in the game. The original Japanese voice acting is intact with English subtitles, with a translation that is passable but far from noteworthy.

The actual gameplay – as one might gather based on the developer – is nearly indistinguishable from the venerable Dynasty Warriors series. As such, there is very little depth to combat. Each of the playable characters has a stable of combos at his or her disposal, but incentive to experiment with combos is limited, as the most basic of combos are typically the most effective at clearing out the squillions of enemies. Square, square, square, triangle. Repeat. And repeat. For a while, that’s reasonably entertaining. But encounter after encounter, level after level, there’s nada variety.

“Simply getting close and wailing on bosses is a reliable strategy, if not one that is particularly entertaining.”

Speaking of the enemies: they’re complete morons, content to sit back and wait for you to run up and annihilate them. This has (unfortunately) been a hallmark of Omega Force’s games since the PS2 era, and you’d be hard pressed to pinpoint where in their history this game exists based on enemy behaviour. Boss characters are slightly tougher to handle as they possess several attacks and some patterns to be analyzed, but they too seem to suffer from apathy towards defence. Simply getting close and wailing on bosses is a reliable strategy, if not one that is particularly entertaining.

It’s hard to shake the feeling that the design philosophies driving these games are 10+ years old, as the level design has equally firm rooting in the past. Levels are generally flat labyrinthine plazas devoid of imagination or interesting features. Gates are scattered throughout each level acting as one way plot walls that spew new bad guys out at predetermined times – it’s lazy level design like this that makes actually playing the game an exercise in self-flagellation. 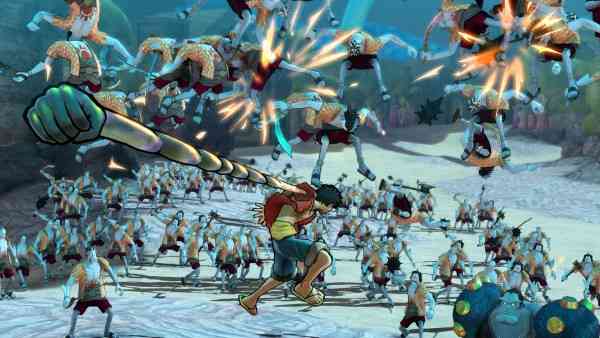 Having said that, there are plenty of things to do if one can look past the weak gameplay. There a boatload of characters to play as – certainly a boon for fans of the anime, and multiple modes to dive into including a random adventure mode. Collectibles galore are also scattered throughout the game, allowing for stat building and various gallery type options for completionists.

Make no mistake, this is a bad game. However, it’s obvious that developers knew exactly who would be interested in One Piece: Pirate Warriors 3. And as such, fans of the anime might find something of value here provided they can tolerate game design that was bad 10 years ago. Equally, fans of Dynasty Warriors will probably go nuts for this title as it rehashes the same old ideas with new characters. For my money, I’d steer entirely clear unless you have a borderline unhealthy obsession with One Piece or Dynasty Warriors, or just really want to wipe out thousands of brainless enemies (which is cool – everybody has their vices).

***Reviewed on PS Vita with a code provided by the Publisher*** 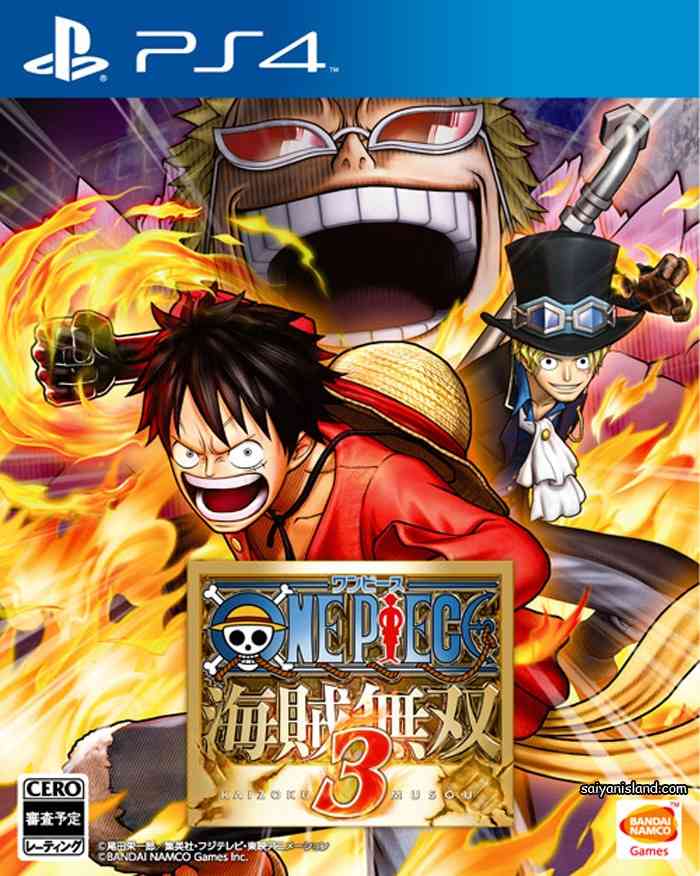