It wouldn’t be a new hardware release from Nintendo without some weird-ass game to showcase whatever nifty innovations Nintendo has packed into their controllers. The Nintendo Switch launch follows in that tradition by delivering the unique launch title 1-2 Switch. Like Wii Sports on Wii and Nintendo Land for Wii U. 1-2 Switch aims to bring the more casual players into the Nintendo fold while showing off experimental new ways to interact and play with your friends and family. Unlike the previously mentioned launch titles though, I’m not sure 1-2 Switch has the potential to grab the masses the way motion controlled bowling can. 1-2 Switch’s collection of motion controlled mini games certainly take advantage of the Joy-Con’s unique attributes but failed to hold the interest of my friends and I after playing the mini games a couple times each.

1-2 Switch is a simple and bare bones affair. After getting warmed up with 6 seemingly random events, the entire catalogue of about 28 mini games opens up and you’re presented with a few options of play. You can just hand pick individual mini games with no restrictions in Normal Play or you can jump into Shuffle Play, which simply cycles through the mini games at random. Or finally, you can jump into Team Battle which is the most social and fun of the modes of play. Here two teams of players face off against each other, the winning team then able to spin the digital wheel and move spaces around the game board, landing on new mini games and continuing the cycle. First team to reach the end of the board wins. This mode was easily the most engaging in a group setting but even then, you could sense the atmosphere dying after about an hour of amusing but awkward stare downs.

“1-2 Switch is a simple and bare bones affair.”

The star of the show here is really the Joy-Con controllers and less the games themselves. Being able to actually feel balls rolling around a box well enough to accurately guess how many are in there is impressive. And the lock-picking mini game was another stand-out when it comes to the much talked about HD Rumble. You have to slowly rotate the Joy-Con, feeling for a subtle yet distinct changes in vibration. The range of haptic feedback on display throughout the collection of mini games is impressive and gets the imagination wandering to other future possibilities. Once your mind returns to 1-2 Switch though, your reminded that you’re no longer having much fun and wished 1-2 Switch was actually “Switch Sports”. For every interesting mini game there is a dull and unimpressive counter-part. Take the Copy Dance mini game for example. 1 player is tasked with striking a pose with their entire body and the second player must copy and hold the same pose. Seems like silly fun at first until you realize the Joy-Cons can’t actually tell what your entire body is doing. So really, you’re just matching the angle the Joy-Con is held at in your hand. Telephone, a game that has you listening for a phone ring and then trying to pick it up before your opponent does was fun the first time but it’s so shallow it’s not worth repeated plays. Another point of contention with this title is that some mini games, like Milk, where you’re tasked with squeezing the milk from a cows utter, require the Switch Wrist Strap and extended buttons to be easily playable, while others mini games require the removal of them. On my unit at least, the wrist straps are surprisingly difficult to slide on and off, which led to frustrations as we continuously had to remove and replace them, eventually pushing us to skip games that required an accessory swap. Baby, a slightly creepy mini game where you’re tasked with rocking a baby back to sleep needs you to attach the Joy-Cons to the Switch itself and rock the whole unit in your arms while you monitor the screen. It strips the social multiplayer aspect completely at that point – not too mention it opens up opportunities for dropped Switch screens.

I can’t help but think that 1-2 Switch may have benefited from a closer tie-in with classic Nintendo characters or franchises. Even if the mini games remained the same. The thought of seeing Mario and Luigi competing to see who can milk a cow fastest or having Donkey Kong be the one to demonstrate how to walk like a super model in the mini game Runway. The same criticism would be here but at least I’d have a giggle at seeing classic characters in ridiculous situations. I’m not sure who 1-2 Switch is really for. As a full priced title, I don’t feel the core gaming crowd will find much appeal here and for the more casual crowd, there isn’t really anything instantly captivating or fun enough to hold interest for more than a couple hours. Having to constantly swap accessories in and out becomes tedious as well. At the very least, 1-2 Switch does act as a nice little social ice breaker to get the room interacting quickly and there are a few good ideas on display here. I applaud Nintendo for trying new things, even if they don’t always hit the mark.

***A review copy was provided by Nintendo Canada*** 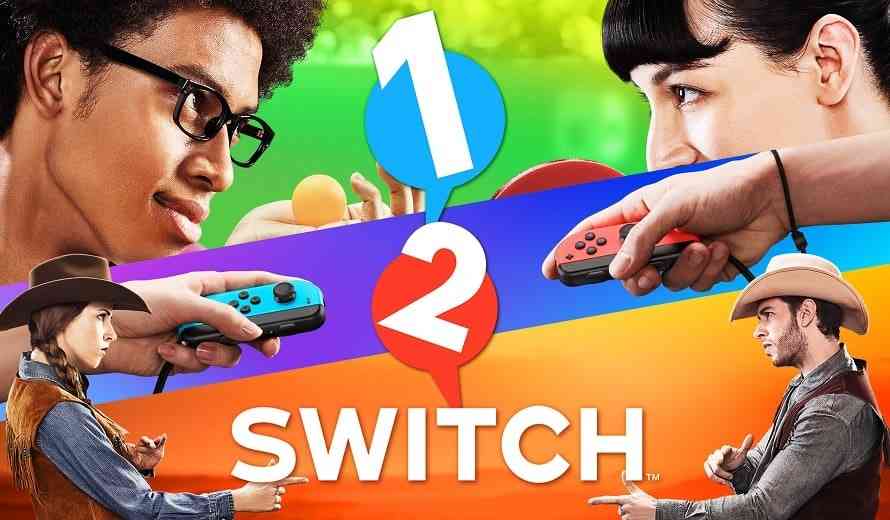