Picture, if you will, a time some 40 years back during the Second World War. Fighter planes overhead, a terrible evil threatening to sweep the world clean of anything that does not match their ideology. Now imagine that this army of villainy and evil won. Bethesda Studios wisely picked up the Wolfenstein property three years ago and since then have done what they do best and crafted a flushed out world full of life, strife, and turmoil to which you must save the day. While this isn’t the first time an alternate history involving the Nazis has been explored in media, it is definitely the most visually stunning and compelling concept we have seen. With America now in the hands of a Nazi occupation, will those who still believe in truth, justice, and the American way, be able to overcome evil and free their people? Check out our video review of Wolfenstein II: The New Colossus below and see what we had to say about this epic tale out of time.

Wolfenstein II: The New Colossus picks up right where the first game left off, with BJ Blazkowicz being rescued from the Nazis and joining up with the resistance to take down the enemy forces. Wolfenstein II features stealth options and a cover system, however its most unique feature is the ability to dual wield two different weapons at the same time for a variety of lethal combinations and a damage advantage over your enemies. 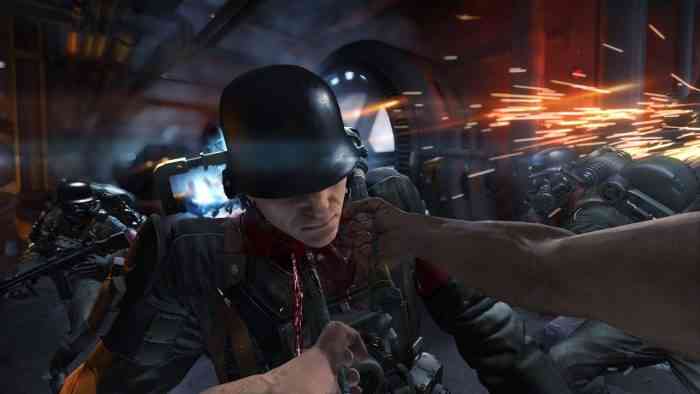 Wolfenstein II: The New Colossus is available now on PC, PlayStation 4, and Xbox One. It is also slated for release sometime next year on the Nintendo Switch. For more information, check out the games official website.