Tales as Old as Time

The Tales series has released what may very well be something like its 100th installment. Tales of Arise is out now on all major platforms and it will be a comfortable experience to settle into for fans of the franchise.

JRPGs in general may be an acquired taste among gamers, but the formula that the series has adopted has been curated and refined over the years. Though it does not take risks with drastic, new elements, its familiarity does not take away from the fun and quality fans have grown to expect from the Tales series. 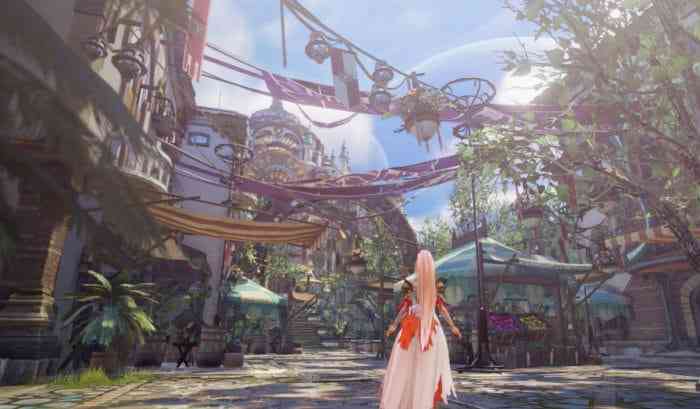 The two main gameplay features are the combat and the overworld exploration. Battles happen in contained instances or arenas without influence or distraction from the outside world. While navigating the world, the player can interact with NPCs and find items hidden around the different areas they will visit.

The characters shine as unique voices through the game. They each have their own personalities and quirks that bring interesting sequences and dialogues to the cutscenes and really help set the pace of the action.

While the combat does not take place on the map that the player explores, it occurs in real time, as opposed to the turn-based battles some games in the genre utilize. Some previous Tales games allowed for multiplayer in combat, but Tales of Arise is strictly single-player. It does however, have a new combat mechanic, where characters can team up to unleash a devastating group attack.

There are not really any groundbreaking and bold additions that Tales of Arise makes, but the familiarity will have fans happy to return to this series.

Disgaea 6: Complete Review – PC Port of Darkness
Next Lost in Random Video Review – Not Your Lucky Day
Previous Why I’m Optimistic About Call of Duty: Vanguard