Striding down to the ring, ready to claim the vacant title is RetroMania Wrestling, the official sequel to the legendary WWF Wrestlefest. With WWE having a monopoly of the sport, can this indie title square up with the titan and layeth the smacketh down? 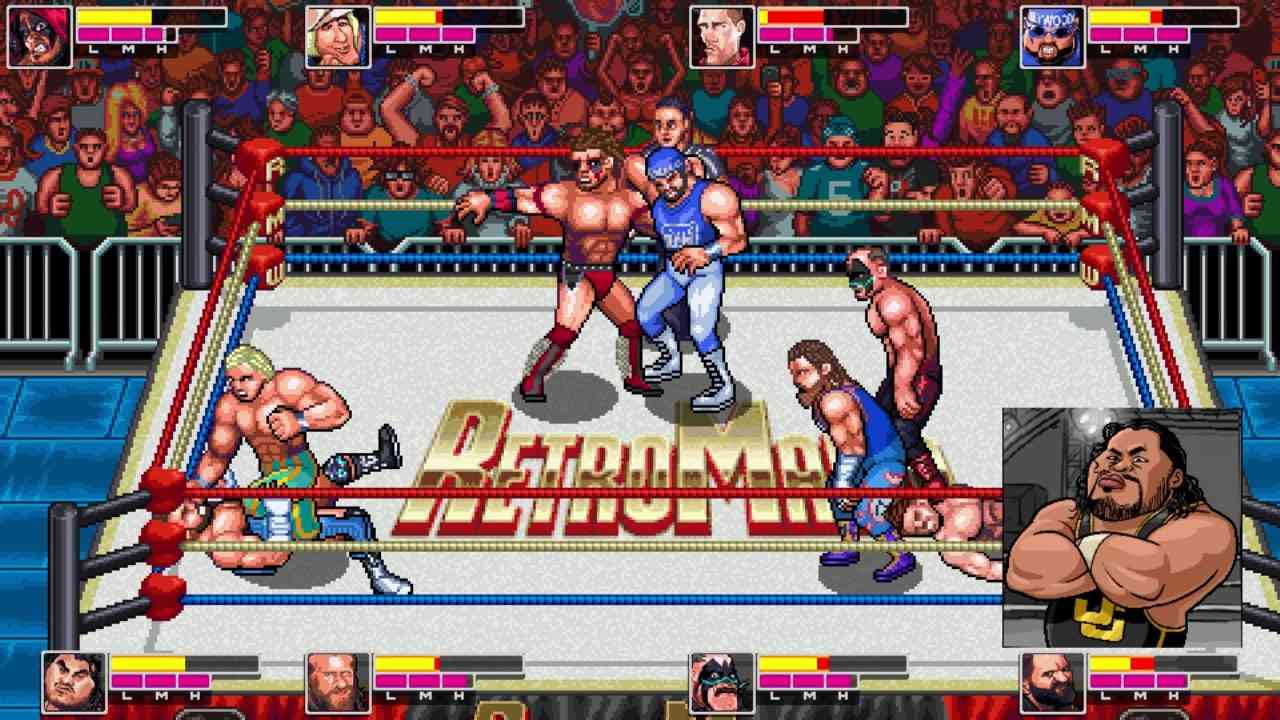 For years, wrestling games have been underwhelming with some being downright broken. WWE has churned out the same title over and over again, resulting in gamers and fans losing interest in the genre. However, we are now in the midst of a resurgence. With All Elite Wrestling pushing the envelope as a viable entity that can compete with Vince McMahon, establishments are now exploring other mediums for their brand leading to a barrage of wrestling games ready to hit the squared circle. First up is RetroMania Wrestling, an arcade-inspired title that features icons of the sport and current wrestlers from the NWA and other indie promotions. With a beautiful pixel-based art style, can RetroMania Wrestling capture what made its predecessor great? Find out in our video review below.

RetroMania Wrestling is currently available on the PC, Xbox and the Nintendo Switch with the Playstation version coming soon. If you would like to find out more about this game then check out our full review here. What are your thoughts on our video review? Are you a fan of wrestling games? If so, which is your all-time favorite? Let us know in the comments below or on Facebook or Twitter, and don’t forget to subscribe to us on YouTube for more great video game content.