Overkill’s The Walking Dead is Rough Around the Edges

When it was announced The Walking Dead would get a game outside of the Telltale series, fans were hopeful of an authentic experience to drive home the hopeless terror being caught in the middle of a zombie apocalypse. Overkill – the studio known for the Payday games – picked up The Walking Dead mantle and has been hard at work crafting a first-person experience that drops you right in the thick of things. Check out our hands-on video preview below to see what we thought of the latest game to tackle the zombie horde.

The Walking Dead is a first-person shooter/ survival co-op, pitting you and three other players against the walkers in a fight for survival. The game looks to have a fairly open world feel as players will collect materials, weapons, and supplies while facing down the shuffling undead. From our initial look, it seems to be the kind of experience we had hoped for with State of Decay 2, and although the game is still in its rough stages it is sure to only get better as we crawl closer to release date. Overkill has stated the game will launch with a healthy number of missions and other content, with additional content being added based on what the players want. 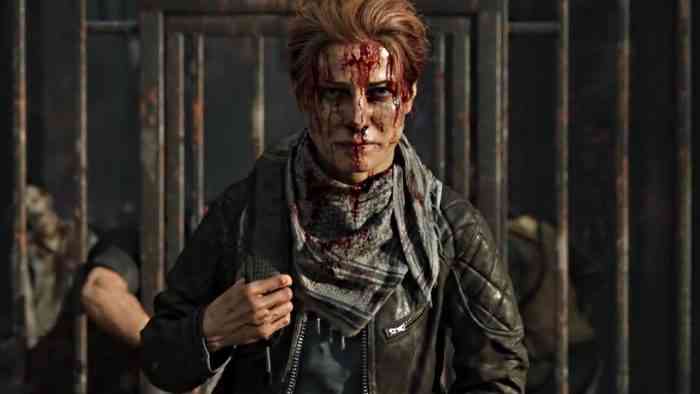 The Walking Dead is scheduled for release on November 6th on PC, PlayStation 4, and Xbox One. Does this seem like the Walking Dead game you’ve been waiting for? Let us know what you think of this new take on Facebook, Twitter, or the Comments section below. For more information, check out the game’s official website.