Have you heard of a small gaming studio called Hidden Fields? It was established by Michael Ziegler in 2017 out of Lucerne, Switzerland. It’s okay if you haven’t before today but now they’ve officially dropped their debut title called Mundaun. And no, it’s not mundane. It does however, give off the same eerie vibe as the film The Witch (2016). Not only is it dark and sinister, but it’s rather beautiful. 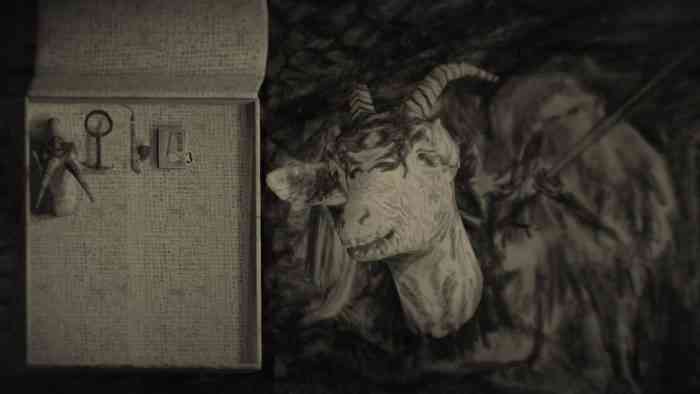 Mundaun is a new hand-penciled horror game based in the Swiss Alps. You’ll play as Curdin, on an “adventure” to find the truth of what happened to his grandfather who died under some mysterious circumstances. Of course, in this branching narrative, all your choices have consequences, so you’ll have to tread carefully. If you’re looking to see what Mundaun looks like, and just how atmospherically creepy it is, you can check out our video review below.

Okay, so maybe it’s not the best game in the sense of it’s pacing, but it’s still worth taking a gander at. At any rate, if you’re still a little unsure about the game here’s a brief snippet from the developer website: “Mundaun is a lovingly hand-penciled horror tale set in a dark, secluded valley of the alps. Explore various areas full of secrets to discover, survive hostile encounters, drive vehicles, fill your inventory and solve a variety of hand-crafted puzzles.”

Mundaun is out now for PC, PS4, PS5, Xbox One, Xbox Series X|S & Nintendo Switch. You can read our full review here. What are your thoughts on our review? Is the game up your alley? Let us know in the comments below or on Facebook or Twitter, and don’t forget to subscribe to us on YouTube for more great video game content.