Things We Love (And Hate) About Defiance 2050

When Defiance 2050 was announced, most people who knew what Defiance was were hoping for a solid new entry in the series to redeem it and bring the property back to life. It was already an ambitious project to begin with, as the events of the TV show and the game were meant to alter each others narrative. What we received, however, was a port of the original game from 2013 with – yes, some changes – but little in the way to redeem the ailing and forgotten IP. Despite that, Defiance 2050 is still serviceable and enjoyable. If you were thinking about jumping into the game, check out our three reasons we love – and hate – the game below.

Defiance 2050 is a third-person co-op shooter originally launched in 2013 alongside a TV show set in the same universe. The concept was to have events from either the show or the game play a large part in the events of the other, creating a series that had heavy gamer involvement in the outcomes. The ambitious project however floundered without a set and solid narrative. Defiance as a game was designed decently well, however it just didn’t take off and failed to find a steady player base. Defiance 2050 features some minor graphical updates and mechanical tweaks but remains for the most part a straight port. 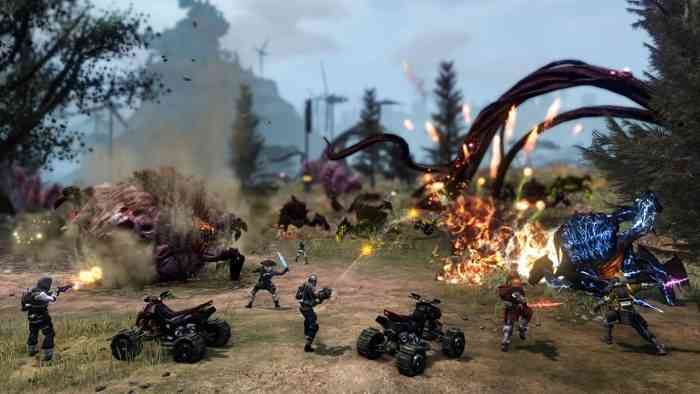 Were you one of the original fans of the Defiance series? Have you jumped back in on Defiance 2050? Let us know your thoughts on this Free to Play co-op MMO on Facebook, Twitter, or the Comments section below. For more information, check out the game’s official website.


Ready or Not’s Developer Update Shows Off Some New Weapons