Dammit, Rockstar! All you had to do was follow the damn games! If you spent your teen/preteen gamer days in the early 2000s, you probably played the Grand Theft Auto games on the PS2 and those were the days.

Maybe you didn’t exactly focus on the mission and opted for mindless rampages throughout Liberty City, Vice City, or San Andreas. Either way, you probably have very fond memories of those games. When the Grand Theft Auto trilogy was announced, you were overjoyed. You were so naïve. 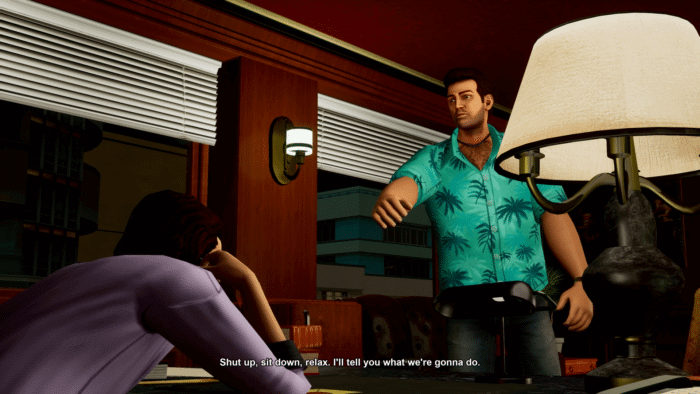 The idea was that the beloved games would be taken into the modern age of gaming; cleaned up graphically, improved with quality of life features, while still retaining the feel of the originals. At a glance, Rockstar did that, but if you picked up this trilogy, you would know that this resurrection is more like the Pet Sematary version of the GTA games.

The games play almost exactly as they did 20 years ago, so good news/bad news there. Despite the updated features like the weapon wheel and checkpoints, each game is plagued with bugs and AI issues. In the graphical department, you get a grab bag of the good and bad. The lighting, shine from the vehicles, and textures look great, but then you get NPCs designed by Picasso, but not in the artistic way, more like in the “I took some bad acid and now this is what humans look like” way.

Despite the glaring issues in this trilogy, there is still fun to be had in this collection, however not because it is the Definitive Edition, but because it is Grand Theft Auto.

The Dark Pictures Anthology: The Devil In Me Trailer Shows Off Characters
Next Halo Infinite: The Campaign is Gorgeous and So Much Fun
Previous Pokemon Brilliant Diamond and Shining Pearl Review – Baffling Yet Fun