A few years ago we saw the dramatic shift in racing dominance swerve hard into the lap of the Forza series. With every new entry into the Horizon or Motorsport series, Forza manages to out-do itself in unprecedented ways. You might not think there is room to improve over a racing franchise year after year, but Turn 10 and Microsoft Studios have consistently impressed with the most gorgeous, the most jaw dropping, and the most perfect handling of racing today. When Forza Horizon 4 was announced at E3 2018 we were immediately floored with its execution. its dynamic seasons, and its overall presentation. We at COGconnected have had a chance to go hands on with Forza Horizon 4 and are bringing you direct, unedited capture of the game for your viewing pleasure, enjoy!

Forza Horizon 4 will feature incredible seasons and weather that drastically effect the gameplay including opening new paths and ways to play such as driving on a frozen lake in winter. Featuring a wide variety of vehicles including trucks, off-roaders, and motorcycles, to name a few. Set in Britain, this is a natural setting for the Forza series given the massive popularity of car enthusiasm and the sprawling open world possibilities. This is a highly anticipated entry for an already exemplary series and we cannot wait to show you more. 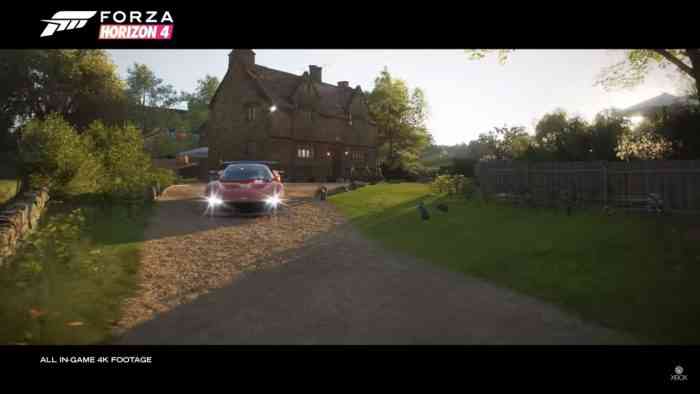 How do you feel about this latest entry in the Forza series? Let us know what you think about it on Facebook, Twitter, or the Comments section below. As always, keep it locked on COGconnected for the latest news in all things gaming – including Forza Horizon 4.