People Are Loving The Tutorial in This Fire Emblem: Three Houses Gameplay Video

Fans of strategy combat games have often been left to titles like XCOM or its wide variety of inspired clones, but the single strategy experience that stands the test of time has to be the Fire Emblem franchise, and with its latest entry in the series – Three Houses – on the rise, fans could not be more excited. Fire Emblem: Three Houses is the first dedicated title to come to the Switch, bringing with it the classic gameplay fans crave with updated graphics, enhanced yet simple combat controls, and a recognizable gallery of series classics. Watch our tutorial gameplay footage and get an idea of what to expect as soon as Fire Emblem: Three Houses hits the shelves.

Fire Emblem: Three Houses is the latest and long-awaited entry in the Fire Emblem franchise, finally coming to the Nintendo Switch. Players take on the role of a professor with the opportunity to teach a member of the royal family from each of the houses: the Black Eagles, the Blue Lions, or the Golden Deer. You’ll have the opportunity to progress their education through tactical combat as the land begins to descend into war. You’ll meet familiar faces such as Claude, Dimitri, and Edelgard, as well as teach your students in the way of magic, horse-mounted combat, and so much more. 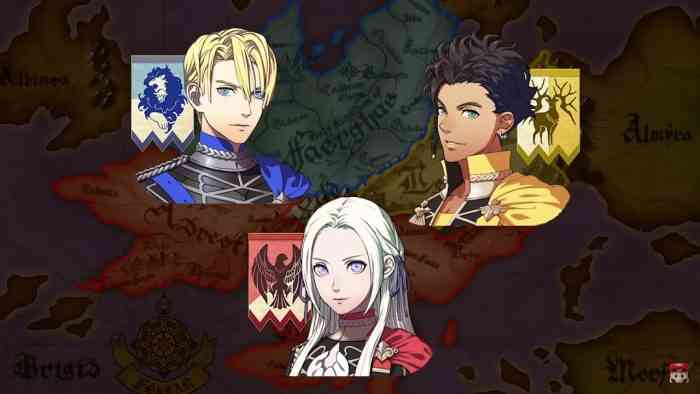 Fire Emblem: Three Houses is set for release on July 26th and will be available exclusively on the Nintendo Switch. For more information check out the game’s official website, and be sure to stick around for our full thoughts as soon as our review goes live.

Developers Confirm Ghost of Tsushima Will Have a Launch Day Patch

The Last of Us Part 2 Video: Compilation of Badass Stealth Kills (Beware Spoilers)
Next Sea of Solitude is a Visionary Project That Poetically Explores Depression
Previous Moons of Madness is Terrifying and Intense in 12-Minute Gameplay Video