Zombeer didn’t do so well on the PS3. It received terrible reviews, and rightfully so. Unfortunately, despite some new dialogue it is no better on PC and I have to advise people to stay away. A mixture of unsatisfying shooting, very low-brow humour, and a lack of anything truly meaningful in terms of plot make this game something you can easily afford to miss.

Let’s get started with everything they did wrong, particularly the audio. Not only do a lot of actions only have one audio cue, but those that don’t are generally lines of dialogue that aren’t that funny. Apparently Comedy Central helped write all the new lines of dialogue, and I’m simply disappointed. Nothing could prepare me for the terrible jokes and one-liners that were written for this game. The protagonist, K, says things like “chimmy-chuggah” or “it’s a brewish holiday” when you drink a zombeer, which you are forced to do quite often. On top of annoying cues, you might also find that a couple of the music tracks don’t loop very well. Was there an audio guy on the team, or was everything done by the programmer in an effort to simply get the game shipped? It seems like the latter. 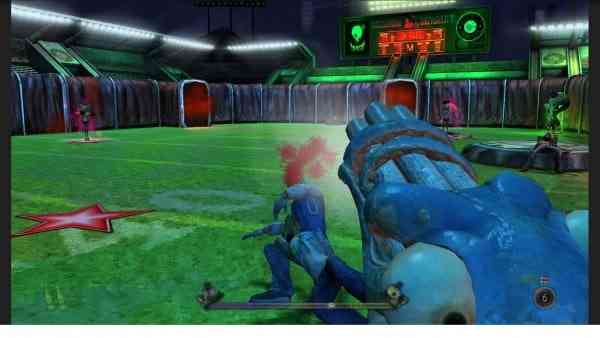 The game itself is a first person shooter in which K is attempting to rescue his girlfriend Karen all while staying drunk enough on zombeer to not turn into a zombie. This mechanic is just bad, boring, and punishing to the player for no real reason. Essentially, you can carry five bottles of beer with you and when you’re too close to turning into a zombie you have a drink. How close you are to turning is represented by the bar along the bottom or by the purple cracks that slowly fades in across your screen. The one super cool thing about this is that while you’re a zombie, other undead won’t attack you. This could have been used in some pretty great ways, forcing you to become a zombie to sneak past areas or remain undetected from human enemies. Sadly the game never makes you to use this mechanic to your advantage and all it amounts to is an annoying chore.

Even if you can get past the poor humour and lack of story, the controls and combat just feels bad. Shooting any of the weapons or even throwing grenades doesn’t feel satisfying at all. All you get when you hit a zombie is a little puff of red mist; nothing feels powerful. Zombies either crumple to the ground, or your enemies’ heads disappear and K yells out Headshot! When you finally pick up the Octogun or the grenade, there really isn’t much of a difference aside from needing less shots to kill something or being able to kill multiple zombies at once. The data is there, these weapons deal more damage, but players need more than that to feel powerful. Knockback animations, more powerful sound effects, better sound cues when the enemies take damage, better death cries, anything! It just isn’t there and I never felt truly satisfied when defending myself. 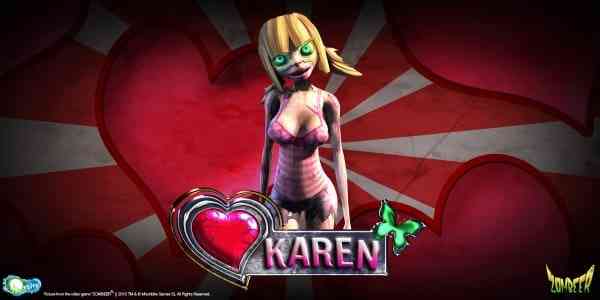 I have to say that while the game is pretty bad overall, it does do a something right. Most of the environmental art and lighting is actually pretty decent. I really liked the art style overall, and was hyped up by the teaser trailer. As you can see in the screenshots, the world does look pretty and stylized in a way that made me want to keep playing just to see what else there was to offer. It gave me a glimmer of hope that was ultimately dashed when I finished the game as quickly as I did.

Ya, it’s pretty short. If someone gifts this to you, you may as well play through to at least see what I’m talking about. Like I said, some of the art is well done and for the most part I liked what I saw. It’s a shame the rest of the game just doesn’t follow through at all and leaves you wanting to play something else. Terrible player feedback, lack of a story I actually care about, and pointless mechanics all made me grimace and cringe while I was playing this game for the two or three hours it took me to finish it.

If you are truly the ultimate zombie fan and need to play/watch/read everything there is about zombies, get Zombeer. To everyone else, don’t bother. You’ll only be sorely disappointed by a lackluster product that is definitely not worth the $10.99 they are charging on Steam. I hate to speak poorly of work someone else definitely put time into, but it’s just not worth what they’re asking.