Yooka-Laylee is built on a foundation of nostalgia and nostalgia is a very powerful emotion. It can often make us long for past experiences or previously owned items, even if those things weren’t that great to begin with. Playtonic Games hit Kickstarter in 2015 with a proposal that smartly targeted those of us who grew up playing 3D platformers in the 90s and are now old enough to have some disposable income. They vowed to create a spiritual successor to the classic 1998 Nintendo 64 title, Banjo-Kazooie. Playtonic absolutely smashed their Kickstarter goals and did it in record time. They updated backers regularly, even giving players a chance to feel the characters in action via the Toy Box demo. Fans and backers watched Yooka-Laylee develop from conception through to creation, coming to expect great things. Now that it’s finally here, was it all worth it? Yes, yes it was. Yooka-Laylee, an unabashed tribute to a long adored series, sets itself apart with its unique characters, new twists on gameplay and big improvements to progression.

When we first meet our new dynamic duo, Yooka the chameleon and Laylee the bat, they’re just hanging out, enjoying some rays in Shipwreck Creek. Meanwhile Capital B, the big bad business owner of the story, is of course up to no good, stealing all the dusty old books of the world in order to act out some nefarious plan. It takes only minutes before Yooka and Laylee are on their quest to find scattered dropped pages, called “pagies,” from magical tomes and put Capital B in his place. Right from the word go the writing is on point and it never let up all the way through my roughly 30 hours with the game. Yooka-Laylee is silly, endearing and utterly charming.

Using a chameleon and bat as the lead characters was an inspired choice, as it leads to all sorts of interesting traversal and action. After fleshing out my repertoire by purchasing new moves from the hilarious Trowzer, I was able to blend into the environments using Yooka’s chameleon powers to avoid cameras and turrets, use my tongue as a whip to reach precarious platforms, shoot projectiles from my mouth with explosive results and gobble up plants that granted me breath so spicy it melted ice. That’s only a small slice of a smart and well-realized move set that must be fully unlocked in order to access sections of the hub world or even new areas in previously explored levels. 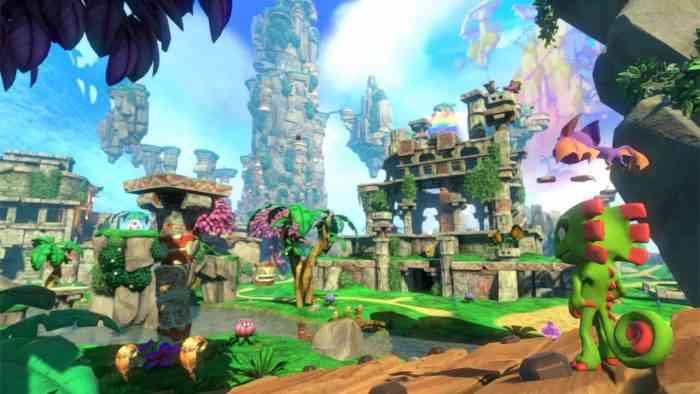 The world of Yooka-Laylee is large and labyrinthine with an intricate hub world at its core and five main book worlds to discover within it. It was always fun discovering a new area and satisfying to unlock short cuts connecting the world even more. It can be tricky to find the entrance to a couple of the worlds – a problem I also faced with Banjo-Kazooie back in the day – as the path isn’t always clearly defined, but in the end, it just made finding them more rewarding. As it’s a level in itself, filled with enemies, puzzles, and pagies, I was never frustrated navigating the hub world and even when I felt physically lost I never actually lost the sense of discovery.

“Bosses are an expectedly quirky bunch providing a nice blend of challenge and entertainment with no two being alike.”

Once unlocked, each of the unique book worlds come jam packed with their own challenges and zany scenarios. In Glitterglaze Glacier I was searching for the lost hats of quirky snowmen one moment and the next, I was helping a talking sign post with some hasty sculpturing. Galleon Galaxy had me navigating a zero-g maze followed up by a little sailing on a sea of stars. Each of the levels also has a mine cart section, not unlike Donkey Kong Country’s, where you must collect jewels while avoiding obstacles in order to claim your prize and I was briefly addicted to these challenges, attempting to one-up my score each time. Arcade cabinets operated by the out-of-his-time Rextro can be found in every world and offer their own various mini-games. Bosses are an expectedly quirky bunch providing a nice blend of challenge and entertainment with no two being alike. Additionally, every level offers the opportunity for Yooka and Laylee to be transformed into a second form, such as a school of fish or a snowplow, which unlock even more opportunities for unique gameplay. Not every activity is a hit, though, as there are a couple physics based challenges that tested my patience. 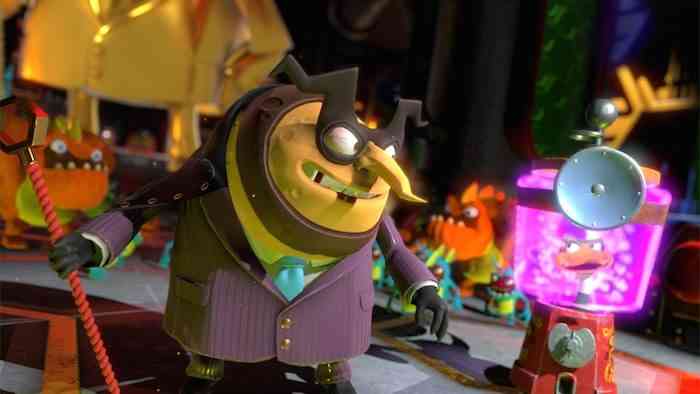 As a collectathon-type experience, exploration is the name of the game and you’re going to be doing a lot of it. Luckily Playtonic has wisely tied all of the exploration and collectibles to meaningful progression so I never felt as if I was collecting just for the sake of it. Collected pagies open up new worlds and also expand those worlds into larger, more interesting playgrounds. Golden quills are the currency used to purchase new moves from Trowzer. Play tokens are used to play Rextro’s arcade games and so on. Tonics offering helpful buffs like a larger health bar or prolonged use of special moves can also be obtained and aid in progression but are unlocked by meeting various in-game goals, such as defeating a certain amount of underwater enemies. 100 pagies are needed to finish the story, some more difficult to grab than others, but in total there are a whopping 140 to find. I haven’t even mentioned the five Ghost Writers to be found in every book world, each of which require their own tactic to catch. Taking everything into account I appreciate Playtonic’s handling of the collectibles overall and the quantity here doesn’t feel excessive.

What wasn’t appreciated was the occasionally wonky camera. There are a few sections of the game where the camera shifts perspectives, the first being an early confrontation with a boss in Tribalstack Tropics. Depending on your placement on the platform in question, the camera will be either positioned overhead or in its more classic position behind the character. It’s incredibly jarring when moving around this platform as given the camera angle, left becomes right, forward becomes backward… you get the idea. This was also a slight issue when battling the boss in Galeon Galaxy. I’m the type of player who enjoys manipulating the camera manually as I play, having it smoothly glide around as I’m exploring, but Yooka-Laylee’s camera wants to constantly reset itself behind the characters when moving and this drove me nuts early on and led to the basic controls feeling a little off at first, but when I adjusted and let the default camera angle take control, the game became much more enjoyable to play and everything felt more as expected. 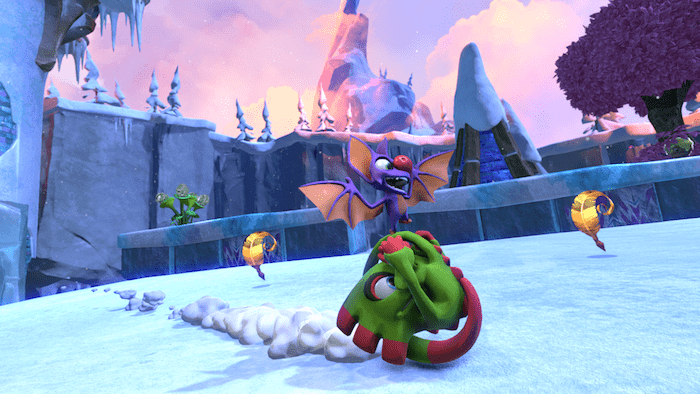 Visually, Yooka-Laylee is a mostly positive affair and can look quite striking at times with some attractive lighting, appealing character designs, and fantastic animations but there are some framerate inconsistencies with occasional pockets of slow down on the Xbox One version provided for review. Playtonic let us know before hand that they are aware of such issues and that they’ve been addressed in an upcoming patch but I’d be remiss if I didn’t mention them, especially if they continue post-launch. That said, none of the technical bumps hindered my experience.

Yooka-Laylee is a whimsical and witty gem of a 3D platformer, offering a wealth of secrets to find, puzzles to solve and large colorful worlds to explore each of which are populated with some of the most charming characters to hit a video game in years. The good far outweighs the negative and any shortcomings found never outshine the fun to be had. Yooka-Laylee made me feel like a kid again and proves there’s still a place for the classic 3D collectathon. 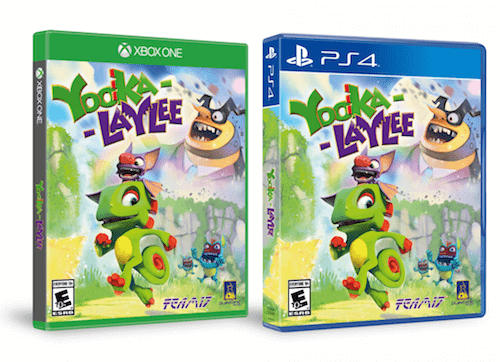