When it comes to the media we love, there are a few things that have enough cache to immediately draw attention… like dinosaurs. I’m always in for anything with a dinosaur! Zombies used to be at the top of the list too, but then The Walking Dead came along and almost completely ruined zombies by making them boring somehow. When I heard that Yaiba was basically a game about a cyborg ninja that fights zombies, my immediate thought was ‘that sounds awesome!’I mean, what could possibly go wrong? Then, I turned the game on.

The Ninja Gaiden series has been around for a long, long time and has had some true classics and some not so classic games through its history. So, imagine my surprise when I dive into Yaiba: Ninja Gaiden Z and find out that this guy Yaiba is an angry drunk who Ryu Hayabusa cuts in half in the opening video (after being assaulted by abrasive house music on the title screen) and then is brought back as a cyborg. That’s it. According to Wikipedia, he has a whole history, but you don’t get any of that here. Just a cut scene that tells you that you’re a cyborg now and there’s zombies in Russia. So, off you go, assisted by the scantily clad Miss Monday, who put you back together. 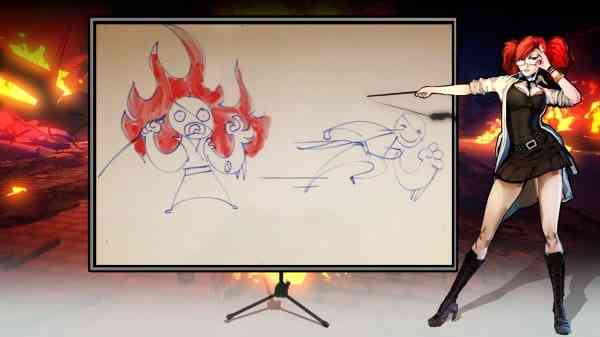 As I began to cut the zombie horde asunder, I realized very quickly that even though there are combos to use, you get just as much (if not better) results by simply smashing the buttons. It is pretty fun to wade into a wall of undead, katana drawn, but it was almost too easy! There’s a trophy for a 200 hit combo that I earned in the first 20 minutes, which seemed really easy. The hordes all fall pretty easily, right up until they don’t, but I’ll get to that. One of the ways this game tries to spice up the game play is by giving different zombies different elemental powers that can be combined for devastating effects or to solve puzzles. Each of the elements have a ‘boss’ type character (fire priest, electric bride, cleaver clowns etc) that you can dismember for snazzy weapons. There’s also tougher ‘boss’ characters, like the robo-dog, along the way, but I hesitate to call them bosses since they proceed to show up every other stage after they’re introduced and in greater numbers.

Which leads me to a very serious problem (among so many) with this game; the difficulty curve is insane. After initially meeting the different types of foes you pretty easily defeat them. The first two levels are a breeze as you slice through anything and everything in your path. Then, by the third level, the same enemies are much more resilient. Sure, you know have to fight 3 or 4 of them, but it was a huge jump in difficulty. By the 4th level, it’s almost impossible. Need some numbers to compare? In the first two levels, each comprising of about 5 areas each, I had died 5 times combined. In level 4, I died 19 times in the opening area alone. The difficulty grows exponentially with each passing area and my controller almost didn’t make it as I almost hurled it against the wall multiple times. 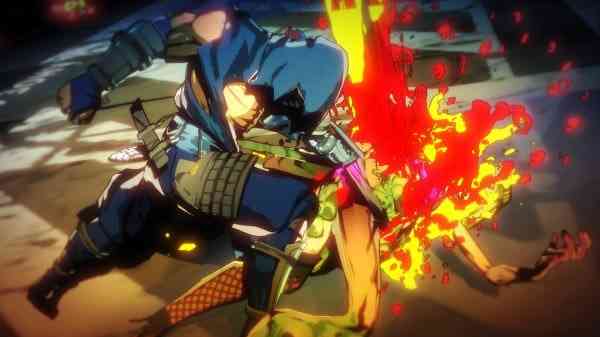 Aside from that, Yaiba’s game play is a re-tread of so many others but it half asses even that. My last review was the underwhelming new Castlevania, but at least there they tried. As I previously said, the hack and slash of Yaiba is pretty much a button mash until you get to the ‘boss’ type characters which requires some careful counter attacks, blocking and dashing (but they’ll still hit you anyway, don’t worry). The level up system is also pretty mundane. You get to unlock new combos and new attacks, but I found that your basic counters and combos were the most effective so I rarely used the new moves. Outside of the hack and slash, there’s some Prince of Persia style run and jump sections, but again, they weren’t innovative at all and weren’t even fun. They were basically less annoying parts between sections where I almost threw my controller. There’s also collectables along the way, but more often than not, I accidentally stumbled upon them as opposed to finding them in the environments. At one point, there was one hidden off of a ledge, but I only found it because the steam blew me off and I happened to land on the hidden ledge. It ended up being a piece of the ‘Pony Cock’ story so it wasn’t even a good find (it’s better you don’t ask, trust me).

Then, there are the characters. Yaiba is a dick who is apparently edgy because he swears lots and makes semi-rapey comments to Miss Monday cause, apparently, I’m a pre-teen who thinks that’s cool. There’s the guy you’re working for who is an abrasive and annoying dude from Spain that wants the zombie making virus for his own needs while being a borderline racist caricature. Then, there’s your guide through the game, Miss Monday, which perfectly encapsulates all the sexism in the game, because again, I’m a pre-teen and absurdly under dressed women are cool. It’s actually been a long time since I’ve encountered this much sexism in a game, to be honest. From her outfit, to Yaiba’s entire character, to a ‘panty party’ (not even joking), it would have been comically over the top if I didn’t know someone was really proud of it. 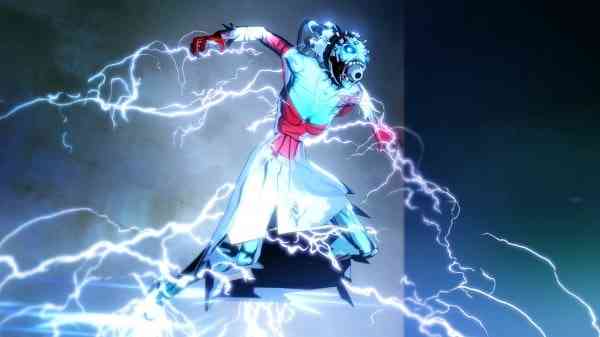 The graphics of the game embrace the manga style and basically have you walking through a comic book, hyper violence and all. I actually really dig the artwork, but how it gets used takes away from how cool it is. The whole game is basically one big joke, and there’s only so many times you can see a ‘funny’ zombie before it stops being amusing. All of the funny zombies also get two lines to say when you fight them which was lots of fun when fighting multiples of the same one. My favorite was definitely the electric bride saying her wedding was ruined… constantly. Of course, the generic house music throughout the game also helped! A whole lot of bass thumping at all times, just in case you turned down the character volume to not hear the annoying dialogue to reduce the throbbing in your skull.

Overall, I can’t think of any way that Yaiba: Ninja Gaiden Z could have been worse. Yaiba himself came off as a knock off Deadpool but without any of the likeability or a back story, while the other characters are pretty much everything wrong with video game characters. The game play was boring at best and rage inducing at worst. The ‘jokes’ throughout the game aren’t funny and detract from the actual pretty good art of the game while the music just adds to the headache that playing this will bring you. When bringing the idea of a cyborg ninja battling zombies to life, it’s really hard to screw it up. These guys managed to not only screw it up badly, but basically kill all my positive thoughts towards cyborgs, ninjas and zombies.

Next Bioshock Infinite: Burial at Sea Episode 2 (Xbox 360) Review – You Will Be Missed Irrational
Previous Yoshi’s New Island (3DS) Review – Does this Dino Find the Magic Once Again?