The X-Men series has been a confusing one of ups and downs, poor character choices, redeemed characters and suspect directors. For every X-2, we’ve had a X-Men Origins: Wolverine. For every Deadpool, there’s an X-Men: The Last Stand. The Last Stand, of course, is when the series went completely off the rails when Brett Ratner took over directing duties while Singer flew off to direct his dream job, Superman Returns. This is where you notice that every time a garbage X-Men entry was made, Singer was out of the fold. He returned as a producer to Fox’s X franchise when Matthew Vaughn came on to helm the excellent First Class and then returned to the directing chair for the arguably series best, Days of Future Past. This is a lot of backstory, but it’s important because for the latest entry into the X-Men universe, as Fox prepares to roll out an extended universe of their own, Singer tackled the X-Men’s greatest foe – Apocalypse. Given the track record, the villain and the stunning cast, X-Men: Apocalypse should have easily become the best addition to X-Men franchise yet. Except, of course, it became the absolute worst instead.

The plot is this – Apocalypse was the first mutant who, in the ancient beginnings of humanity, would raise a civilization only to turn to ash when it became stagnant. In Ancient Egypt, our villain was transferring his consciousness when rebels attack, collapsing his pyramid and trapping him for thousands of years. When he wakes up to find our world, he decides to carry out his old plans of wiping mankind off the planet and rebuilding a Utopia for mutants.

I’ll just go ahead and cut to the chase here. Let’s talk about the positives of the movie. Michael Fassbender is a tremendous actor. He commits to a role and will bring so much emotion, pose and grace to the screen that he can take even the most abysmal script and drive home a powerhouse performance. How do I know this? Well, he did it here. For the roughly 10 minutes that they allow Fassbender to act, he nails it. His scenes have emotion, have tension and really drive home Magneto’s motivations even though, given what he has to work with, he has no right to bring any of that to the screen. 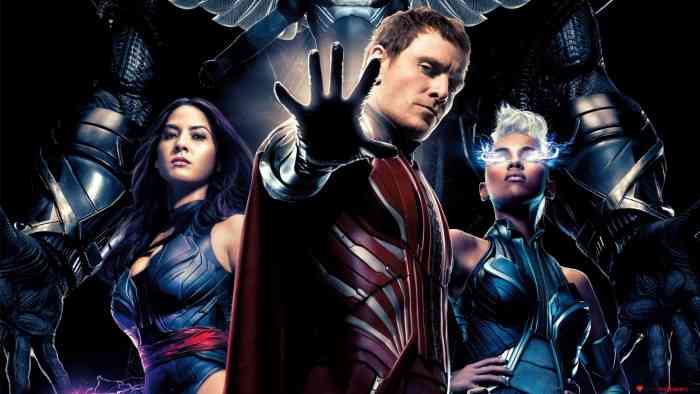 Ultimately, there are two big problems that are the undoing of this film. First, Apocalypse is a complex character and a mutant with unparalleled strength that has never even been mentioned before. Fully realizing the character and doing him justice was always going to be complicated and time consuming. So, it makes sense to make him the protagonist in a film with, and I’m not joking here, 16 lead cast members. Makes sense, right? Why there are even 16 leads, I don’t know as none of them had any time for development and some of them could have actually just have had cardboard cut outs for the majority of the movie and no one would have noticed. So, right from the word go, Apocalypse was already being overshadowed, not being the looming menace that his character always was in previous imaginings.

“I didn’t think that I could see a worse movie or be more disappointed than I was with Batman v Superman: Dawn of Justice. However, X-Men: Apocalypse takes all of the thing that were wrong with BvS, amplifies them all and manages to be even more boring.”

Second, seeing Fox just so desperately try to mimic the Marvel model was almost painful to see. When I saw Days of Future Past, the opening sequence in the future where the Sentinels come to take the last remnants of the mutant resistance and they have to desperately try to send Wolverine back in time before the robots kill them was incredible. It was taut, suspenseful, the stakes were through the roof, and the dark, brooding tone of the end of all that we know was immediately apparent. In two hours and ten minutes, Apocalypse didn’t match any of that, not for one second. Why? Well, the overall fun tone that they took certainly put a damper on the doom and gloom aspects of THE END OF THE WORLD. With most of it being shot during the day, an almost blinding pace (that still seemed to drag on somehow), and a score that I needed to stay behind and see if Danny Elfman had written, it had the feeling of Age of Ultron all over it. It was to the point where the opening sequence into the opening credits is done almost identically, just with mutants, not Avengers. Yet again, an attempt to copy Marvel’s success proves to be a films undoing. 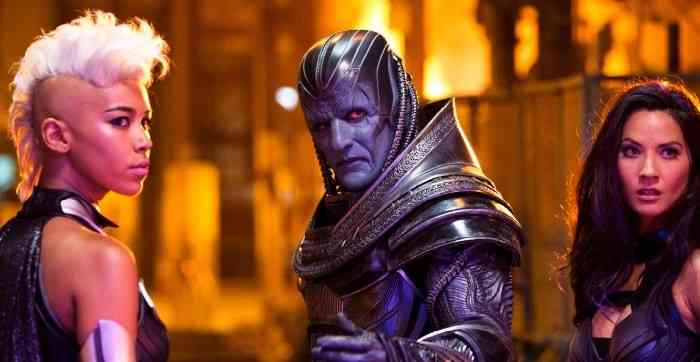 I haven’t even really gotten into the problems with actually watching the movie! First, Apocalypse’s poorly defined powers are seemingly unstoppable. Except for when he decides not to use any of them for some reason. The Four Horsemen are a literal waste of time as they don’t do anything nor do they really have a story. Also, Angel is, once again, horribly misused and a real low point of the movie. Also, the big third act, the big show down between the Horseman and X-Men was… non-existent. Most of it isn’t even real. And the plot holes! My god, the plot holes! You could drive a truck through the damn plot holes! Or, if I had a dollar for every time someone misused a power or just simply ignored the fact that they had done it earlier when they could really use it again, I would be very wealthy right now. As I stated above, the only time I actually cared about anything that was happening, was a couple of scenes with Magneto. But, to be fair to the film, there was a part where Fassbender clenches his jaw as he prepared for a monologue, and I don’t think that was a character choice. I think it was more so Fassbender saying ‘screw you, I’ll make a good performance out of this, no matter how hard you try to take it away from me’. 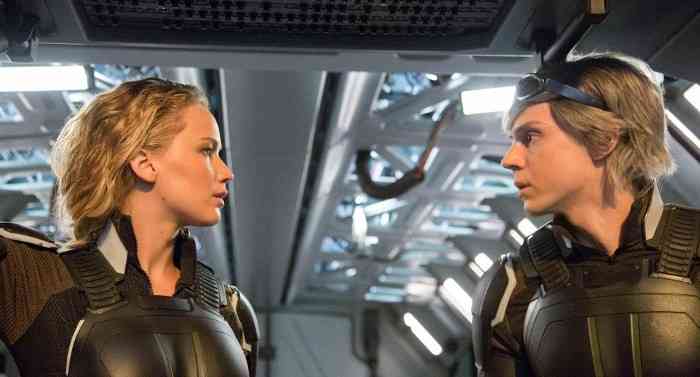 In the end, the reaction to X-Men: Apocalypse is simple. I didn’t think that I could see a worse movie or be more disappointed than I was with Batman v Superman: Dawn of Justice. However, X-Men: Apocalypse takes all of the thing that were wrong with BvS, amplifies them all and manages to be even more boring. There’s a section of the film where Apocalypse and his Horseman are, quite literally, tearing the world apart. While they do this, Mystique and Quicksilver stop and have a conversation with Magneto on the importance of family. That is how high the stakes were and how in peril you felt the world was. That we could listen to two characters who used to be villains tell another character who is currently a villain that family is the most important thing. Kind of takes the bite of planet wide destruction when 3 of your 16 main characters stop for a quick chat along the way.

There’s a scene where the younger group of X-Men leave Return of the Jedi and discuss which one is their favourite. Jean Grey chimes in that everyone can agree that the third one is always the worst. Singer has gone on record as saying he wishes he had directed Last Stand because he would have made it better – which is what I’m certain this joke was levied against. Ironically, we’re watching the third film in the First Class franchise and it is, without a doubt, an unmitigated disaster. The fact that this joke was said without irony in one of the worst films I’ve seen in a long time and is arguably the worst X-Men film, is a summary far more poignant than I could ever hope to make. 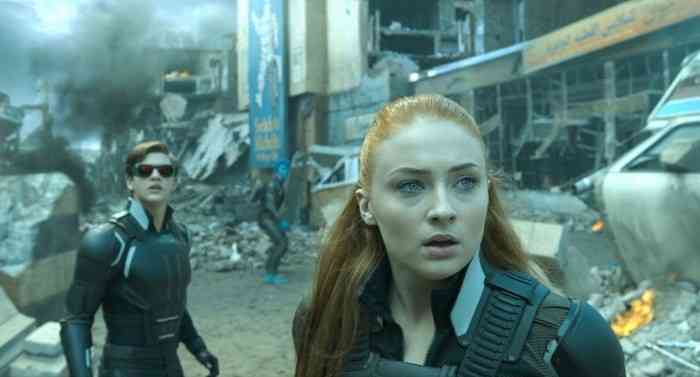 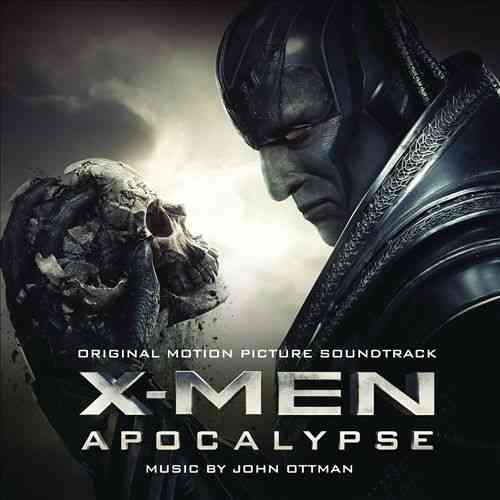 Linda Le’s Cosplay Will Definitely Hold Your Attention
Next TMNT: Mutants In Manhattan Review – A Cowa-Bungled Mess
Previous GunWorld 2 Review – The Sequel Nobody Asked For Takes a Giant Leap Forward