Sometimes we have to endure events that we all just absolutely dread, and for myself, it would definitely be my upcoming 10-year high school reunion. The idea of having to put on a brave face and seeing the people who I went to high school with and talking about our accomplishments (or lack thereof), current lives and much more really doesn’t sit well with me and honestly seems like a fate worse than death. This brings us to today’s review Worse Than Death by Canadian indie developer Benjamin Rivers that brings us an interesting twist to the much dreaded high school reunion.

After immediately escaping her home town after graduation and a devastating car crash that deeply affected those closest to her, Holly has finally returned home for her high school reunion. It was unlikely that the school reunion would go well with the death of her friend Grace still looming over everyone but things go from bad to worse with mysterious beings and a string of gruesome murders. On a quest to save her childhood friend and to find out what the hell is going on, Holly asserts herself to investigate this oddity, no matter what secrets she may find along the way.

Worse Than Death is a 2D side-scroller that will have players wandering left and right in the hallways of an old school, a hospital, empty homes and much more. In these locations, whilst being hunted down by unknown forces, you’ll be able to sprint back and forth for a limited amount of time which is shown to us with a stamina gauge. You’ll also be able to find yourself various nooks and crannies to hide in as well as under to escape the bad guys. I’ll be honest since Worse Than Death was originally made with touch screen devices in mind for its mobile release, you can imagine that the gameplay isn’t quite as in-depth as it could be but for this type of game and narrative, that’s perfectly ok too because the puzzles and fear of being discovered, initially when starting, make up for it. The puzzles are a good blend of thought-provoking but won’t make you lose your mind in trying to figure out the answers as most of the puzzles have to do with finding sequences. And much like older games where brainpower is a must, I’d heavily recommend having a pen and paper handy in order to make notes as the game won’t log this information for you. The puzzles are where you can really see the not so smooth translation from a mobile game to console as many of the puzzles require the players to rearrange and shuffle things to find clues as things may be hidden underneath other items. Playing this on the Switch, it wasn’t too noticeable playing it in handheld mode but I did notice a slight disconnect when I was playing it docked.

Unlike Home, Benjamin Rivers first game released in 2012, which was completely reliant on 2D pixel graphics, Worse Than Death has its narrative told to us in the style of a comic book storyboard, which I really much appreciated. The hand-drawn work, which was done entirely on an Ipad Pro, really adds to the feel and atmosphere of the game. With that paired along with spooky visuals and sound, you almost have the perfect horror game. Except when it comes to facing the mysterious monsters that come lurking around. 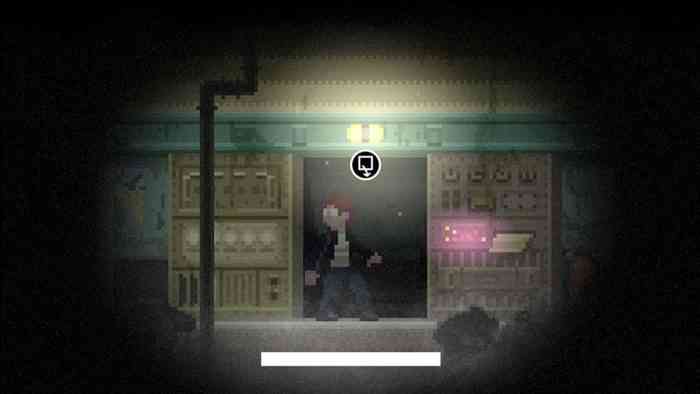 The unknown forces that seem to be running amok are terrifying the first few times you run into them but without much variation to them, every encounter seems to be a bit the same. When a monster appears close to you, the air will get cold and the screen will start to darken as if Holly is having some kind of panic attack which is then your cue to hide. But once you’ve figured out its movement patterns, it’s fairly easy to avoid these guys.

The port over to the Nintendo Switch for Worse Than Death isn’t bad at all. The puzzles are hard but not mind breaking, and the overall atmosphere is rock solid. If there was a way to better fix the controls during those puzzles segments where you have to shuffle things around and more variety in terms of monsters, this would be a better two and half hour experience. This being said, I liked the fact this game takes place during a high school reunion with a protagonist who is logical and doesn’t make dumb mistakes which is usually the case in horror situations. 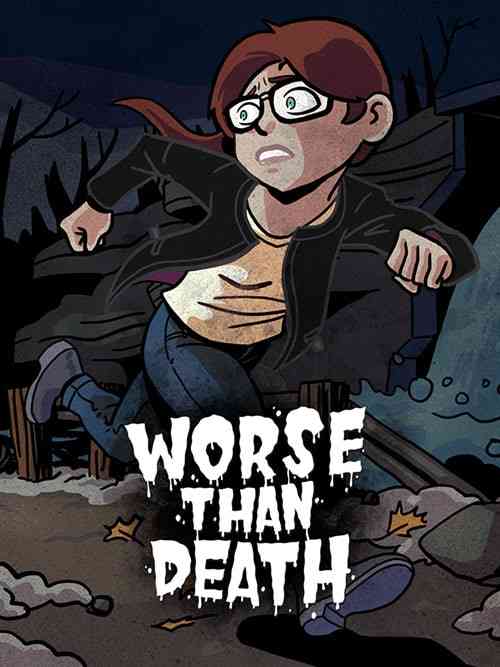