World of Final Fantasy Maxima Review – A World of Content

Final Fantasy isn’t normally known as a cute series. Yes, there are cute characters but they don’t inform the tone of the series overall. World of Final Fantasy upends all of this, throwing you into an adorable story full of chibi cameos and winking callbacks. Rather than a serious affair, World of Final Fantasy is a pleasant stroll through the history of the series. The Maxima upgrade is the dessert course in this fan service feast. Assuming you’re still hungry at this point, of course.

An important disclaimer: I have never played World of Final Fantasy before this. For me, every element of the game is new, rather than just the Maxima sections. Thankfully, many elements of the expansion are available almost from the very beginning. This includes the coliseum, the main event among the new content. Here, the purpose of this expansion comes clear. This is an experience for the player who has finished the story while still hoping for a more serious challenge. My initial impressions have revealed the critical importance of this endeavor.

Fast Forward To The Good Parts

One of the major downsides to Final Fantasy Maxima is that the first run through the campaign is easy. Maddeningly so, in fact. The only real challenge I faced was in solving the various dungeon puzzles. Even these were a matter of concentration rather than cleverness. The battles I faced were by-the-numbers affairs, simple fights made simpler by the judicious use of Mirage stacks. All I had to do was optimize them for attack power and the fights pretty much won themselves. Hence, the need for an expanded post-game experience becomes apparent. There are a multitude of ways Final Fantasy Maxima tries to up the challenge level, with varying degrees of success.

Of all the new features, I spent the most time with the Coliseum. First of all, I love the voice they gave to the Tonberry. It’s just the right level of solemnity. Beyond that, Coliseum battles are a two-pronged affair involving challenge and reward. All of the fights are tougher than usual, and you can scoop some decent items in return for your victories. The trouble is that the essence of the fights is still the same. That’s not to say they’re still too easy. But the core strategy remains intact. Beefier Mirages plus elemental weaknesses and regular healing equals victory. If you’re enamored with the battles, then more of them will be a bonus. Otherwise, the Coliseum may not be what you’re looking for. 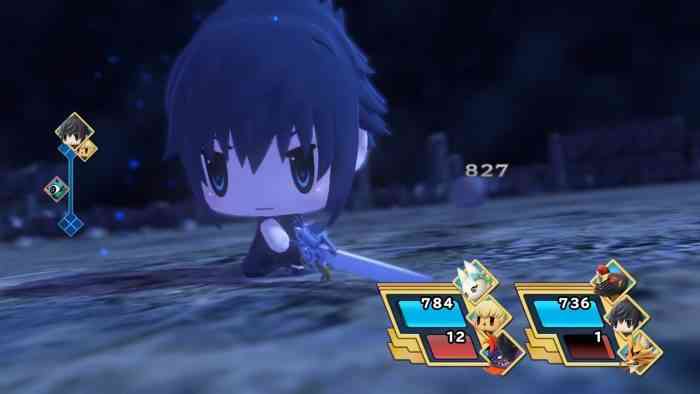 At the extreme end of the battling element are the new secret bosses. This, at least, will successfully soak up all your brainpower. If not that, then the amount of time and preparation required for some of these fights will easily lend them the appropriate weight. On top of that, there’s a Nightmare difficulty option to explore along with New Game Plus. It seems the developers heard loud and clear the complaints about this game being too easy. If you’re proper dedicated, you can even seek out the Immortal Dragon of Darkness, a new boss battle pulled from the World of Final Fantasy manga.

So Many Secret Bosses

The rest of the additions to the game lean on the adorable nostalgia element as hard as they can. The Champion Stone lets you transform into various heroes in battle. This is a pleasant upgrade from the previous level of interaction you were afforded with all these bite-sized guest stars. If your focus with Final Fantasy Maxima is to soak up the songs and styles of games gone by, this is the perfect way to do so. Also you can apparently go fishing with Noctis? I’ve little inclination to pursue this, though it does sound potentially relaxing.

My satisfaction with the Maxima Upgrade is tied to my enjoyment of the game overall. For me, the core gameplay of battling and collecting Mirages is of limited appeal. Perhaps I’m too accustomed to Final Fantasy battles being clever, cutting affairs. Maybe I’ve grown spoiled by the abundant variety of engaging combat sprouting from so many titles, new and old. Either way, the prospect of more fighting in this fashion doesn’t excite me. On the other hand, I’m salivating with anticipation over the thought of secret bosses lying in wait. These are the cream of the crop for any Final Fantasy title. When it comes to the nostalgic elements at work, I’m cautiously optimistic. I like the idea of fighting with heroes from all across the pantheon, but this is tempered by the battle system they’re fighting in. If nothing else, collecting heaps of Mirages means I have a whole host of skill trees to max out. While this too is tethered to the combat, I have hope for the high-level play taking a different shape. If you found yourself starving for a greater challenge while playing World of Final Fantasy, then the Maxima Upgrade will surely light a fire in you. If you struggled and slogged through the game’s many battles, then this upgrade will leave you famished yet. 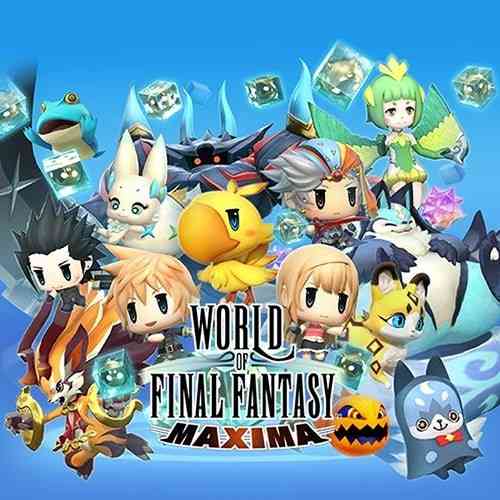