Omen of Sorrow is a game made from nightmares. Its characters are pulled from children’s nightmares, a catalog of old horror movie tropes and monsters of lore. The stages are dark cemeteries, burning villages, and isolated mountaintops, the background of plenty of bad dreams. Playing the game is its own kind of nightmare for new fighting gamers, as inconsistent pacing and some wildly complicated characters create a high entry point. As an experienced fighting game player, however, I found a solid amount of depth and a good amount of fun to be had. Omen of Sorrow isn’t the best way to learn about fighting games, but it will scratch an itch for the fervent fighting fanbase.

Omen of Sorrow Is A Real Monster Mash

Omen of Sorrow on the surface is a classic 2D fighting game: four buttons, special moves in the down, down-forward, forward and attack format, etc. There’s a classic Killer Instinct feel to the game, only if someone turned up the game speed to Super Street Fighter II Turbo levels. This works to a point, as the rigidity of those KI characters doesn’t always work in that faster speed. There’s a lot of stop/start action, making matches feel like a bunch of small skirmishes instead of a full fleshed-out match. It’s not bad, strategy and skill still apply, but it’s not as fluid as I’d like.

The most interesting part of Omen of Sorrow by far is the roster, tapping into all kinds of horror tropes the world over. There’s the vampire hunter Gabriel, the Archangel Zafkiel who doesn’t wear a shed of white clothing, a werewolf called Caleb, and a vampire named Vladislav III. Each has a unique design not only in this game but across all fighting games, as there are some things I’ve never seen before. The mummy Imhotep is a great example: he can split his body in two so his feet stay stationary and his upper body floats on its own. I can then trap a character between my two halves and attack from both sides, an ingenious strategy when properly pulled off. Everyone in the cast has cool stuff like this, making each one worth giving a try. Just don’t expect to learn the mad scientist Dr. Hyde in one sitting. His moveset still makes my head spin.

The game’s unique mechanics are more confusing than anything else, particularly with the Fate/Fortune meter. This is a dueling meter that fills with blue (Fortune) when I’m doing well and purple (Fate) when I’m not. If it fills either way completely it can be activated, causing brief buffs or afflictions to my character. This sounds pretty straightforward, but triggering the altered states requires specific actions that aren’t always possible. Also, the meters fill so erratically it’s hard to plan a strategy around them. It’s a good idea, in theory, it just needs a little more work. 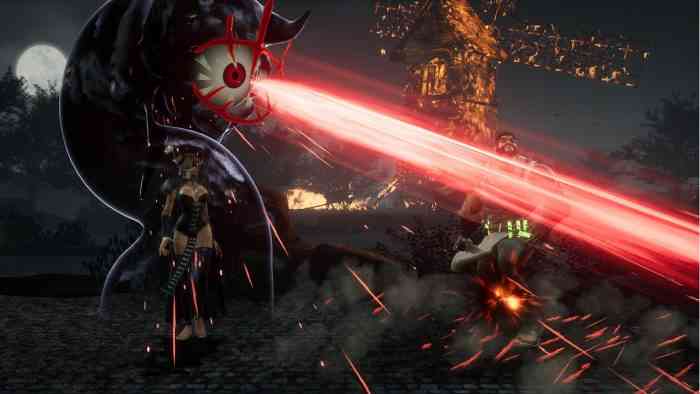 Omen of Sorrow (Caused By A Lack of Depth)

The game offers a few standard ways to play: versus both online and off, arcade, survival, and training modes for example. Modern additions like trials and challenges are here, but not in their own mode: instead, they’re tasks to be completed in the other modes. There is a Story mode, but the story consists of “the narrator reads vague biblical-sound lines, fights happen, repeat.” There are some clumsy cutscene animations, like when one character takes two steps forward and falls over injured instead of just falling over. The narration is well done, but sometimes the actress sounds bored as hell. Weirdest of all the story also abruptly end with a still “Thank You” screen. You defeat the final boss, the game thanks to you, and back to looking at the words Omen of Sorrow.

The abrupt ending is indicative of my main problem with Omen of Sorrow: for all of the depth and strategy in the core gameplay, none of that exists anywhere else. The game modes are the same thing I’ve been playing in fighting games for years, the story doesn’t get properly fleshed out, and the art and videos I can unlock are of little consequence. I want to know more about these characters and this world, it’s very interesting to me, so let me learn more AOne Games! The fact that I don’t get a proper story payoff is near-unforgivable in this day and age: my first question after finishing it shouldn’t be “what was the point?”

Omen of Sorrow is an efficient and fun fighting game while in the heat of battle, but it trips getting to the arena. Barebones mode selection, a Story Mode that’s clumsy and doesn’t properly pay off, and some strange dialogue throughout keep the game from reaching full potential. The characters are really cool and the fighting system is worth learning, the game does succeed in that regard, but I still am left wanting more. The true Omen isn’t one of Sorrow, it’s one of “where’s the rest of the game?” 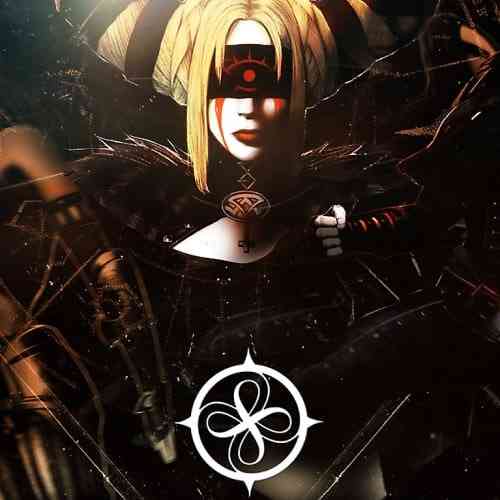