Developed by Magic Sandbox, Windscape is a lovely first-person adventure with adorable quirks that offers quite a relaxing and enjoyable experience, but it isn’t without its peculiar design choices which force you to pause and question what is going on. Set in a dangerous land of flying islands, the game kicks off with you as Ida, the daughter of farmers, sets out into the world on a simple task for her father. Things quickly escalate as they often do in these situations and, while there is a logical progression to these events, the narrative to explain it is paper thin to the point of breaking any suspension of disbelief. Going from making a simple delivery in town to being granted an audience with the king and sent to a distant floating island via airship within what seems like the same day, if not a few hours, with no training, allies, or even a solid explanation beyond “clearly you are special” boggles the mind.

While some will criticize a game for the polygonal aesthetic, Windscape uses it to further accentuate its charm. With vibrant colors abounding and some truly classic inspired 16 bit sound, it feels like a more approachable and less daunting Elder Scrolls title, the kind of game you would let your kids play who aren’t quite ready to go massacre trolls. Combat, in particular, is familiar and I appreciated that enemy health bars would display their resistances so you knew what you needed to win the fight. Blocking with a shield was almost instantaneous; fantastic as I have played games before where it takes precious seconds to raise a shield in which you have no protection while doing so. I also greatly appreciate that you can sprint in any direction regardless of where you are facing, making dodging enemy attacks much easier. There are even two buttons for sprinting with L making it easier for long distance and pressing the L Stick easier for quick dodging. 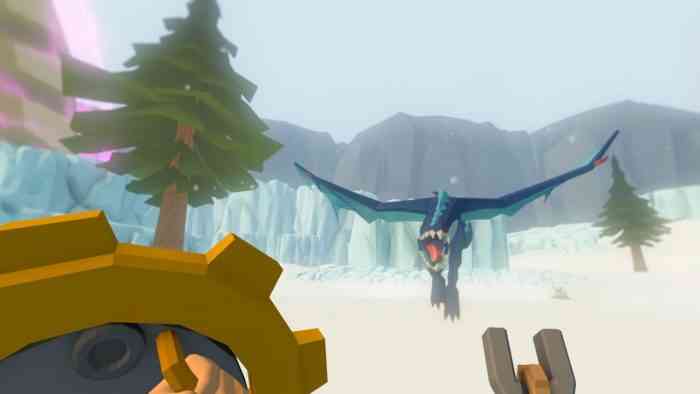 For each of these pleasant features, however, Windscape also offers odd design choices that – while not breaking – are strange. Moving through the menu displays a mouse cursor as opposed to simply selecting each option like a normal menu. Loading screens don’t show any sort of reactive animation and so I often questioned if the game was frozen, and collecting items for crafting displays a countdown timer for how long it takes to gather the items. While I can understand this feature for a task like mining or chopping a tree, using this system for pulling onions and mushrooms from the ground seems unnecessary. Enemy health bars float above the enemies head, however, in close combat it sits just high enough you need to stop attacking or pull back to see the progress you have made. Perhaps the most curious decision is that your coins appear not on your profile but rather in your inventory as an item. What makes this troubling is any item slot exceeding 100 units will display 99+ of said item. This tells me I have over 100 coins, but I have no actual idea how much money I have for buying supplies or armor. I have seen coins sit in a character’s inventory before, but I have no idea how much money I have.

Crafting is a huge part of Windscape and it is handled in a marvelous way. Potions, gear, spells, even food all require ingredients you can regularly find out in the world. Once you learn a recipe you only need to select it to begin crafting and it is quite satisfying to gather materials for crafting. Chopping down a tree gives you logs, which can be burned into charcoal and used to feed the flames for crafting weapons and armor. It is interconnected and logical, further making you feel accomplished, and it’s an enjoyable system that adds a little realism to this fantasy world. 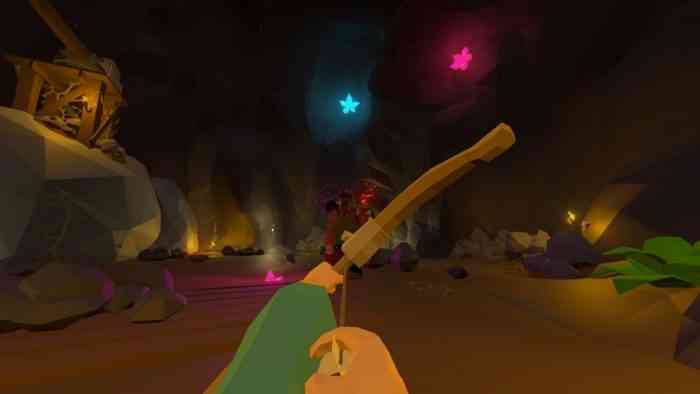 Windscape also relies on save points, something that feels long-since forgotten these days. Save points appear rather frequently in game and will restore your health, so if you notice one slightly out of the way it’s worth it to walk over just for the free refill as health does not regenerate. Games often enjoy putting in easter eggs, and Windscape is no exception. A wise old man with a telescope named Gallilei is pondering the cause of one of the flying islands slow destabilization. A villager says his grandfather would often mention being an adventurer before he took an arrow to the knee. One such obscure reference has a guard mention a mysterious man in black being chased by a Gunslinger. Now given there are no guns I have encountered in the game I couldn’t help but wonder if this last one was a reference to Stephen King’s The Dark Tower, or maybe I haven’t gone far enough into the story yet, although these characters have yet to be referenced again.

These all contribute to the charm of the game, but it strikes me as an awkward balance. For the enjoyable combat and atmosphere there is the awkward inventory system and enemy health bar. For the quirky easter eggs there are spelling mistakes and AI trying to walk through walls. For the impressive physics of breakable objects and the joy of collective ingredients, you have unblinking enemies stare into your soul as they die. What stands out the most as a flaw early in the game comes in the quest system. Upon completing any objective early in the game, the quest marker does not update. When asked to retrieve supplies for a smith I had found his goods and yet the marker remained in the area I had found them instead of directing me back to the smiths location. This happened for almost every quest until I reached the next island to explore. 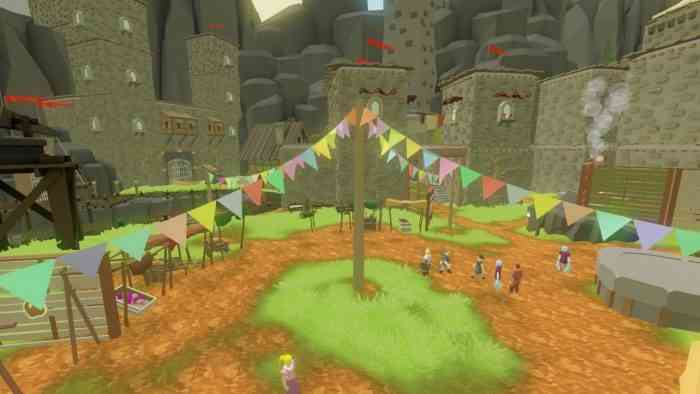 Windscape is a delightful and charming experience. It’s like playing an Elder Scrolls game that is designed to be friendly and fun, however, for everything I found about it to be enjoyable there was something else slightly off-putting that made me think it could use just a little more time in development. While nothing was game breaking, these problems will hopefully be addressed in future patches as they feel like such minor bugs that could be stamped out early after release. It’s an enjoyable adventure for first-timers to the open world formula or those looking for a relaxing experience they don’t need to take too seriously. 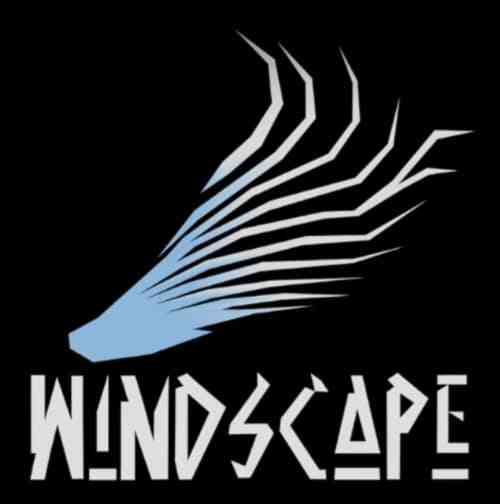