Wander Review – An MMO? No, it’s an Embarrassing, Unfinished Mess of a Game

I consider myself a MMO aficionado. You name it and I’ve most likely played it at some point. MMO’s are my favorite genre and the number I have played is probably a little frightening…and sad. That being said, I’d like to think that I know my stuff when it comes to the massively multiplayer genre. Well, to my surprise, my latest review assignment, a title called Wander, wasn’t on my radar at all. I’d never heard of it until it showed up in my inbox, so I researched it a little before playing.

“Imagine if World of Warcraft took out its chat, combat, and all the objectives from the game; that’s what Wander is at its core.”

By its description, Wander at its essence is a non-combat based MMO that focuses on exploration and beauty. A friend asked me what I was reviewing and I had to put Wander into my own words, which sounded essentially like this: “Wander is a game where you….Wander.” Yup, that’s it. Sure there’s a little more to it, but not really all that much. Imagine if World of Warcraft took out its chat, combat, and all the objectives from the game; that’s what Wander is at its core. As you begin your journey in Wander, you wake up and realize you’re a tree with amnesia. Yes, a tree that can walk, albeit incredibly slow and lumbering, and one with no memory. You don’t know why you’re a tree, where you are, or for what reason things are happening, so your guess is as good as mine if you’re looking for a summary of Wander’s narrative and reasoning.

The only real tutorial is that you’re told to explore to learn about the world and the secrets it holds. Your path eventually branches out and you’re left to your own devices to figure out where to go on this sometimes-beautiful looking island. As you eventually, and very slowly, explore you might be lucky enough to find a magical stone that turns you into a human-like creature with fins on your arms. Why this stone transforms you into this form is another mystery that is never explained. As you venture further into the mysterious wilderness you may come across other stones that can transform you into a Griffin that can fly or a lizard-like creature. 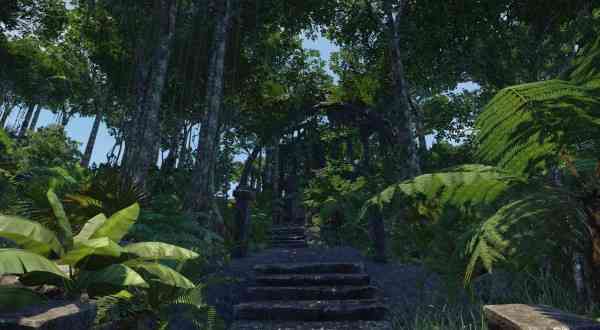 There are no waypoints to show you where to find these transformation stones, as the whole concept of Wander is to find everything for yourself at your own excruciatingly slow pace. Actually, you’re not given any marks or waypoints of any kind at all, and that’s because Wander lacks any type of HUD. With no objectives, no looting, no combat, and no quests, Wander feels incredibly shallow, even only minutes in. That is until you’re introduced to stones littered throughout the islands that are randomly placed, and they are the only interactable objects in the game.

There are three types of stones in Wander including the transformation stones that are hidden, a handful of taller ones that give a small sense of narration and story, and then the two dozen or so language stones. When you find a language stone and click on it you’ll notice that it has a special symbol on the stone. This marking is the shape that you’ll need to recreate perfectly to interact with other players, should you find any.

“Wander is riddled with not only poor design and optimization, but a plethora of issues that kept hindering my gameplay all the way until I couldn’t stand playing any longer.”

Wander’s language is called Rozhda and is the only possible way of communicating with other players. On PC you draw the symbol with the mouse, and on PS4 you do so on the controller’s touch pad. It is a simple idea but poorly executed. You need to recreate the symbol EXACTLY the way it is shown, and only then, will your character speak the word that it’s associated to. For example, one of the words is drawn by creating an ‘X’, but instead of marking an X like you would normally, it’s made of four lines that intersect and if they aren’t drawn in the correct order the final product doesn’t matter. Even simple “O” symbols are a pain to get to work properly, but none of this matters in the end when trying to communicate with other players.

Wander is riddled with not only poor design and optimization, but also a plethora of issues that kept hindering my gameplay until I couldn’t stand playing any longer. Graphically, the game can look great, as it’s created using the CryEngine, but that’s usually when you’re standing still and if you can get your character to stand at the right angle where there’s no flickering shadows or vegetation. As you move though, there is a massive amount of draw-in and certain areas simply don’t feel like they were completed as you’ll see numerous and very random floating foliage and rocks. You’ll also find areas where textures change from one shade to another in a distinct hard line, and others where it goes from a beautifully filled underwater section to completely barren, in the matter of a few virtual steps. 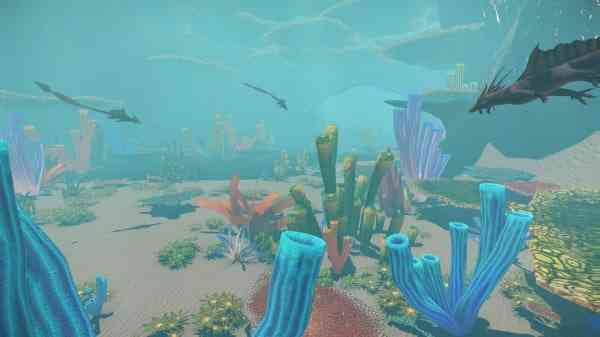 Every time you log into Wander you will need to reset your in-game menu’s settings on a regular basis, such as full screen and resolution options, as they are not saved for whatever reason. You’ll mostly likely also begin the game in first person mode and have to switch back to third person every time as well. Movement is clunky, animations are janky, and there’s no tutorial for the controls anywhere in the game, meaning no key binding either. There is a map that you can access that gives you an overview of the surrounding islands, but there’s no marker to indicate where you are, and even though you can place markers on the map (which took random button pressing to figure out), there are no waypoints in the main game to indicate your marker there since there’s no HUD, so I don’t see the point.

I’d like to say that these issues were found hours into my playtime, but to be honest, you’re going to notice them within a minute or two of playing. Even quitting can sometimes be a battle, as it usually hangs and needs to be ‘force quit’. There’s literally a “Can’t Move?” option in the pause menu, which speaks volumes. This also brings you back to the last stone you interacted with, so if that was a long time ago and you forget where it was and want to return, good luck. Get used to using the “Can’t Move” option by the way, as you are guaranteed to fall through the ground and get stuck in random terrain if you even try to veer off the standard paths. So much for full exploration aspect of the game.

“I can understand what Wander was trying to do, but even so, it’s both nowhere near complete and polished, and sadly, completely void of fun in any way.”

Technically Wander is an MMO, as it’s supposed to populate the world with other players just like you. In the pointless hours I spent wandering, I came across two other players, ever. “Great!” I thought, let’s go explore together! This is where you’ll see the inherent flaw of not including some sort of communication. Technically, Wander wants you to use the language you’ve learned from the in-game stones, but even if you can get it to work all it does is speak the in-game word you’re trying to communicate. It doesn’t give a subtitle of “Follow”, “Hello”, or whatever words you’re trying to communicate with. There’s no log of which words you’ve unlocked either, so if you’ve forgotten how to symbol “Hello”, you’re out of luck. Oh, did I mention that if you do manage to find another player, there’s no way to differentiate them from other players, as there’s no names above their heads and every character model looks exactly the same.

Less is more in some cases, but in Wander there is nothing at all. Just allowing other players to connect to each other doesn’t make it an MMO. If there’s no groundwork and fundamentals in place for players to interact with one another, especially for a game with zero objectives, it’s destined to fail. I can understand what Wander was trying to do, but even so, it’s both nowhere near complete and polished, and sadly, completely void of fun in any way. 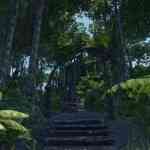 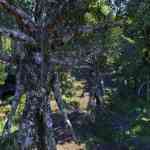 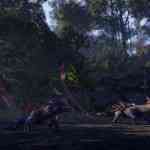 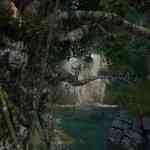 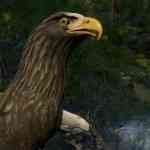 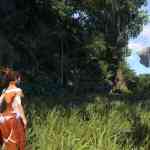 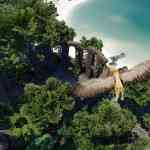 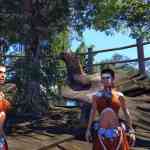 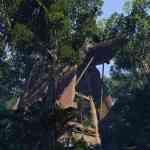 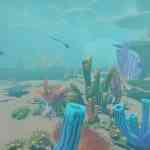